Well the snow came…. but not a lot and it didn’t stay. No snow day for us. The school still opened and by 10am we were seeing the snow melting away. We had a brief moment of renewed hope at lunch time when a mini blizzard came down, but by this time it was just too wet to settle.

So I decided to make the most of what Mother Nature shared with us.

I ran out in to the garden and filled a plastic box with snow, gathered up some Arctic animals from the playroom on my way through and grabbed a large bath towel. I set everything up in the kitchen and called the little ones in to come and explore!

Their faces lit up and little “X” immediately started to squash clumps of snow, making them explode in his hands and shower him in little bits! 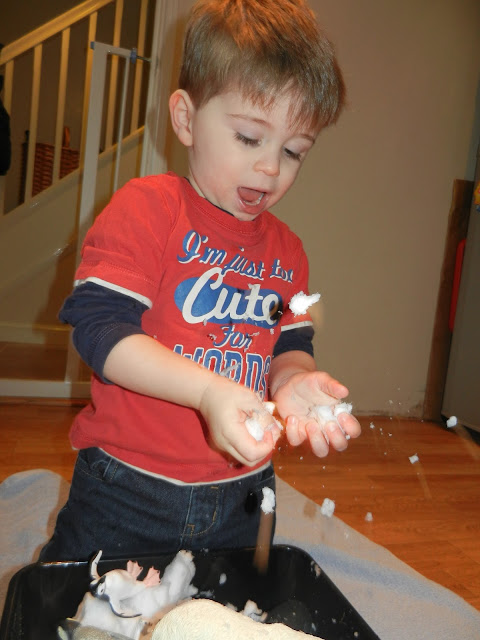 Little “L” gathered up the Polar bears, naming each one…… “mummy, Daddy and Baby! 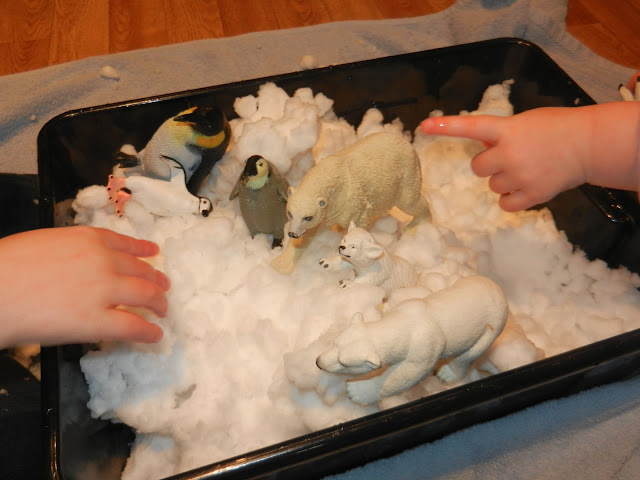 Little “X” called the snow “snowman” and this gave me an idea. I ran to the playroom to get some of the Mr Potato heads accessories and lay them out  on the floor by the snow. I then made each child a big ball of snow and a little ball of snow. We joined them together and made Snowmen!!

Right away they knew what to do with the Mr Potato head bits. They had been playing with them before we brought the snow in and this just became a natural progression of the previous activity.
We had some wonderful, abstract creations! 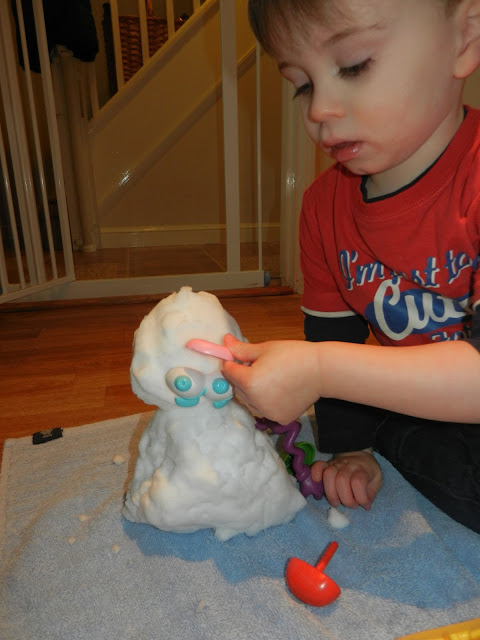 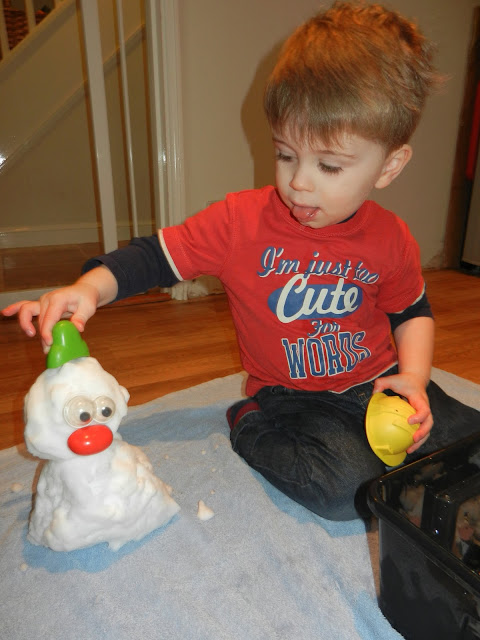 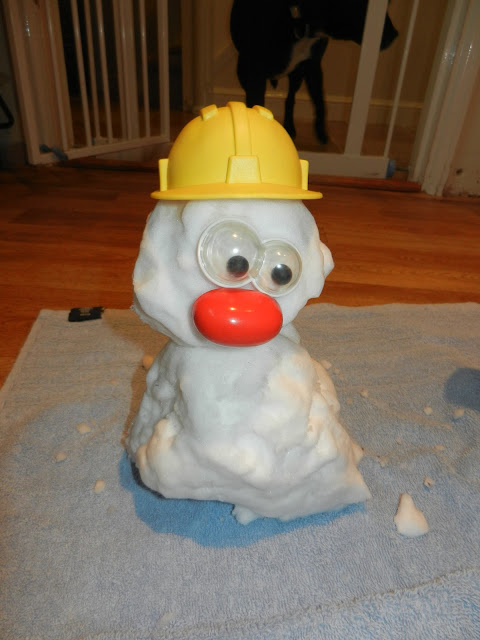 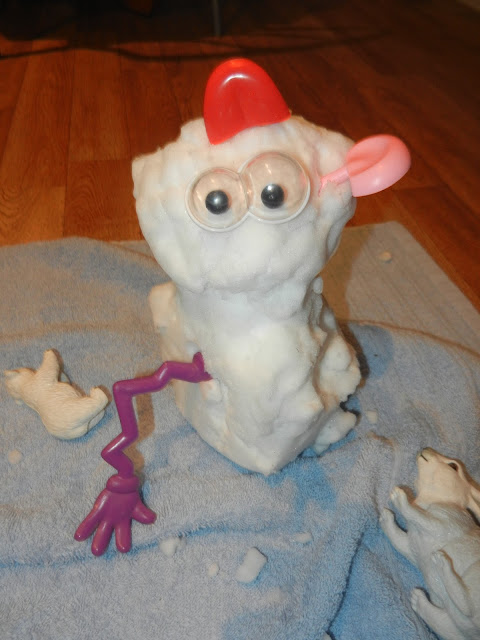 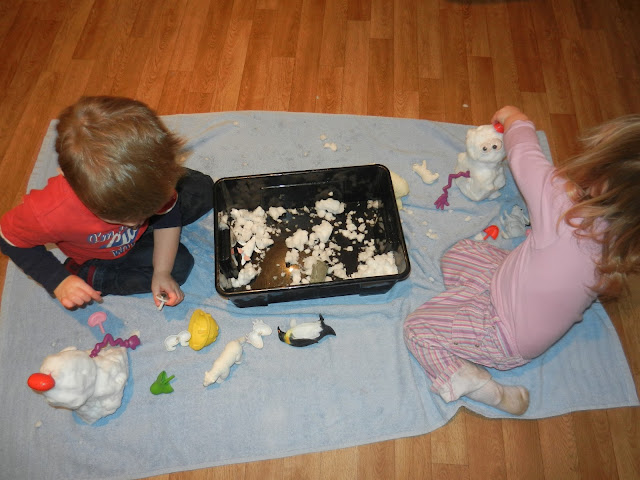 So much fun! They did not get cold and soggy while the rain started to drizzle on our lovely snow in the garden! We made snowmen despite having very little snow!
I am hoping we have some more snow this week so we can do some snow painting!!

A SNIPPET OF OUR WEEK!