Today we were invited to celebrate American Independence Day with Heather and her clan at looking out for the little people. She lives on an Estate that houses lots of American air force families and has an American family in her setting. It was lovely to be able to join them and we all had such a wonderful time! 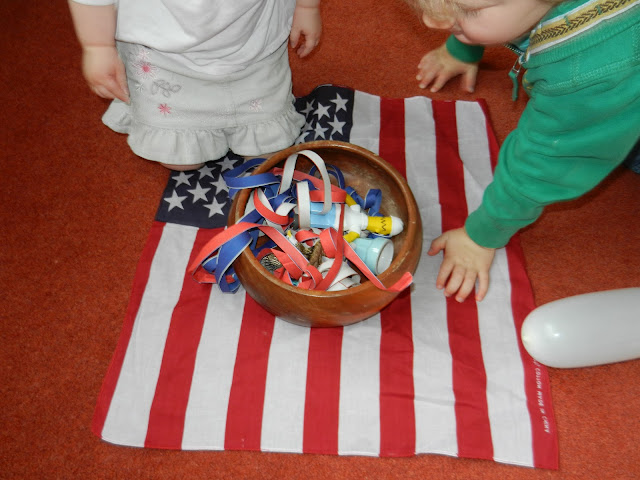 We enjoyed exploring a red, white and blue treasure basket. 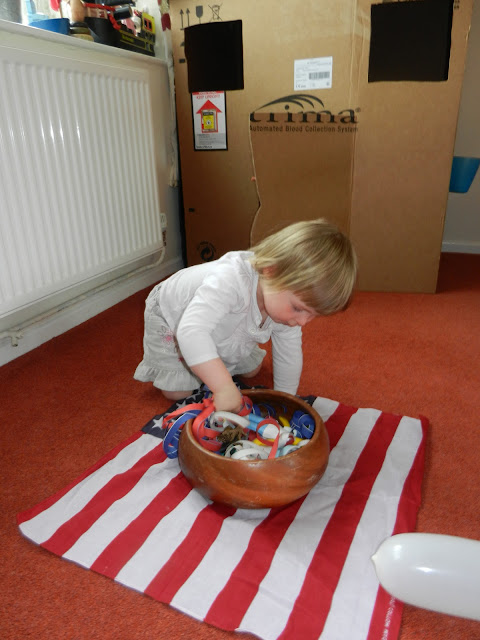 We also played with their lovely Native American wooden play set that they had put out! 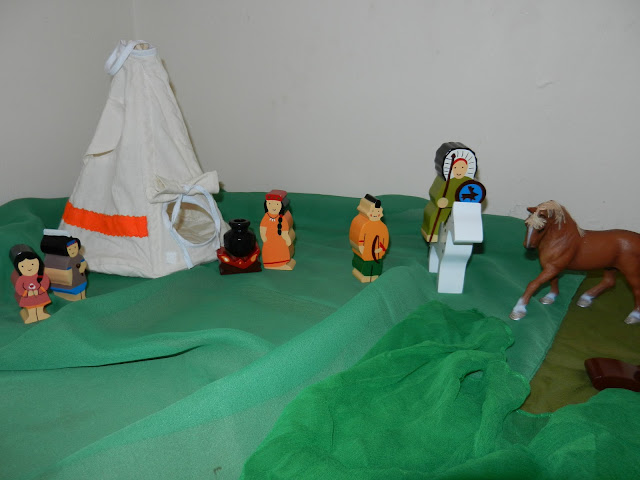 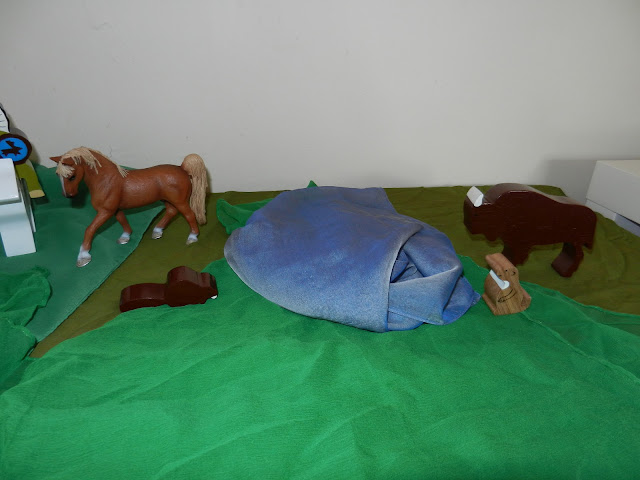 Little “E” found an Eagle figure and spent a long time talking about where they lived and what they ate and informed me that it could eat a Shark if it wanted too! 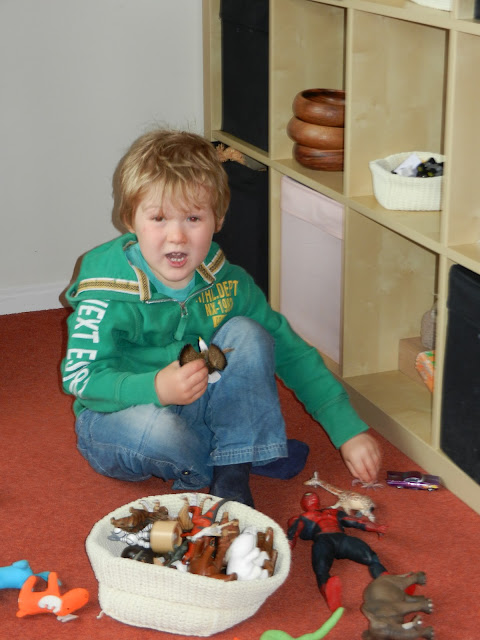 We decorated American flags. The girls are getting very good at pen control. Little “L” spent a long time on her picture and put lots of colour on it! 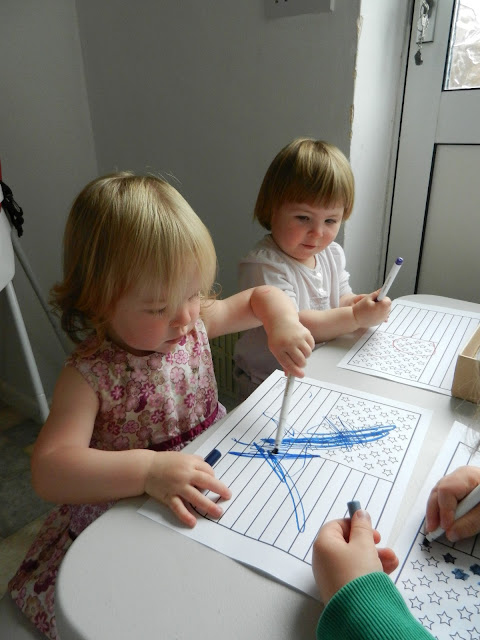 Little “E” spent a lot of time colouring in each of the stars on his. He really spent some time on his flag and said he liked “Captain America” and that he wanted his flag to look like his shield! 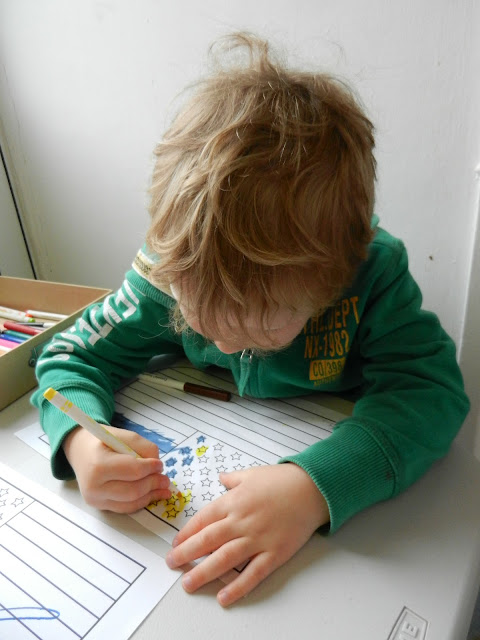 The girls wanted to make some star paintings. We used white paint and star cookie cutters to print stars on to the card. Once these were dry we turned them in to Lanterns. There is a picture of the finished item at the bottom of the page! 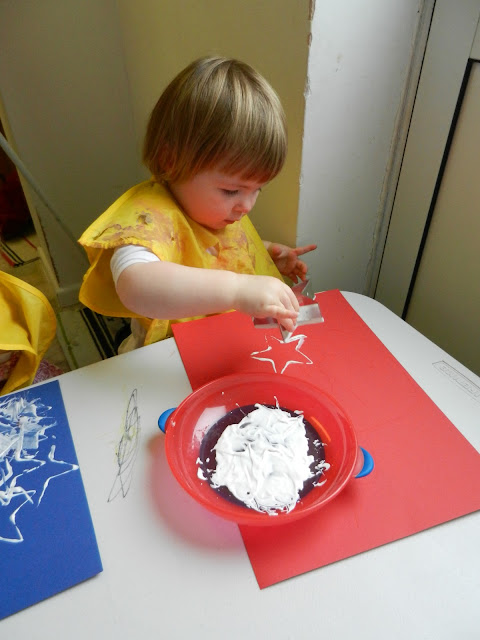 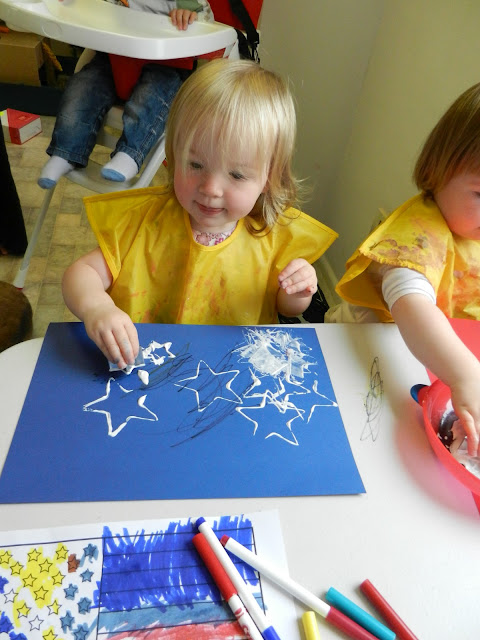 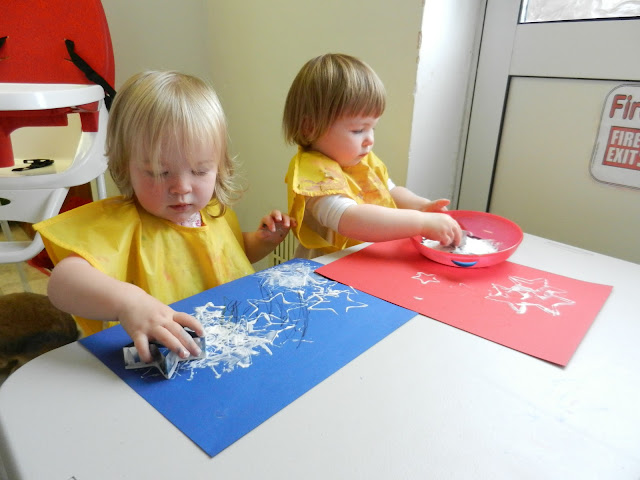 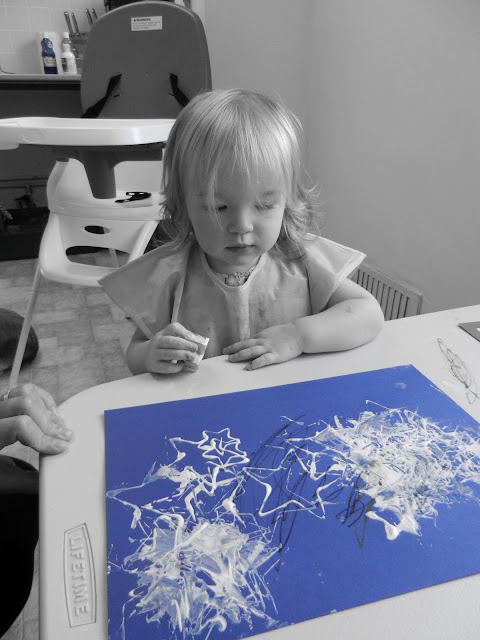 For snack time, Heather cut up fruit and placed it on a plate in the shape of the American flag. I think she did a lovely job! 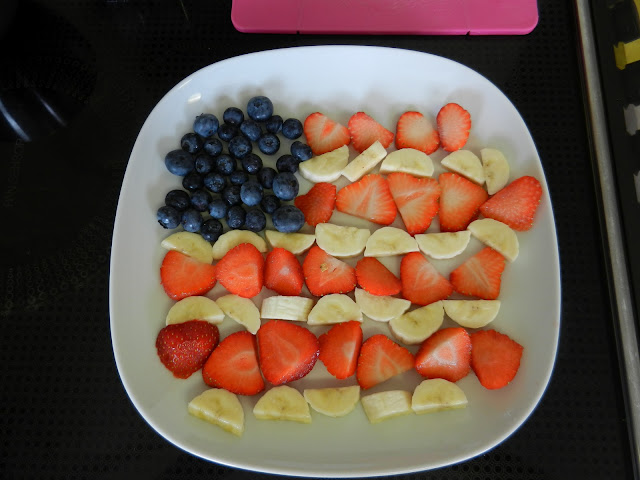 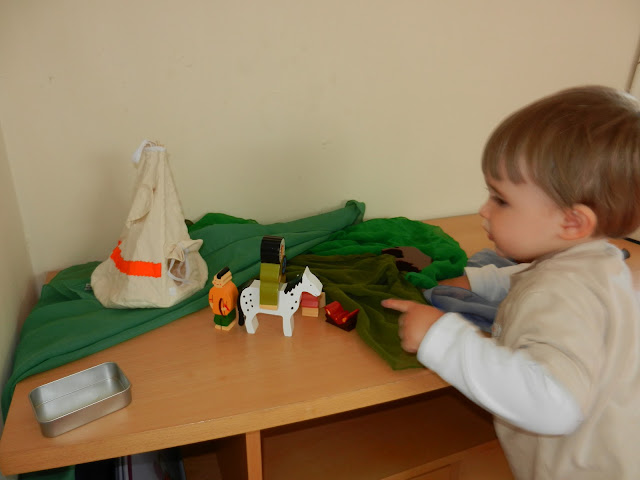 Then we enjoyed a fabby American themed lunch. Giant pretzels, hot dogs and cream cheese bagels! We also looked at an Atlas and talked about where America is, how it was much bigger then Great Britain it is and we looked at where Texas is, which is where little “C” comes from! 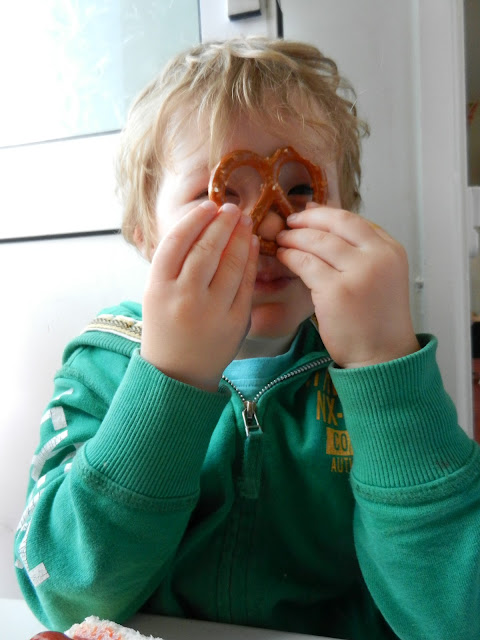 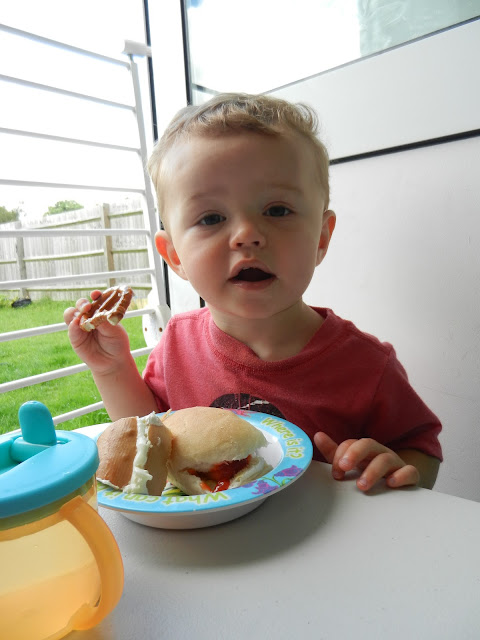 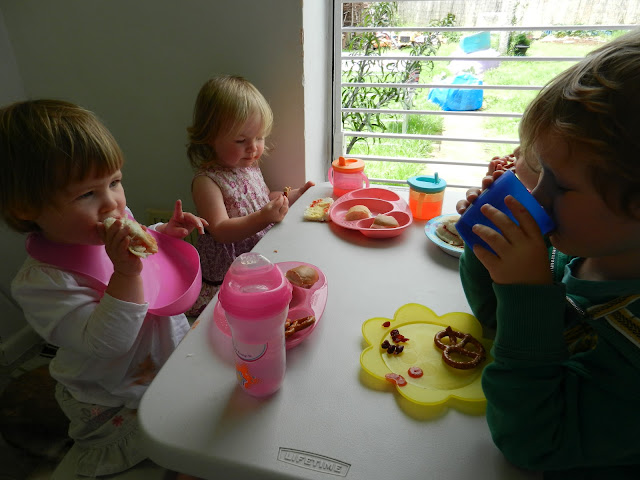 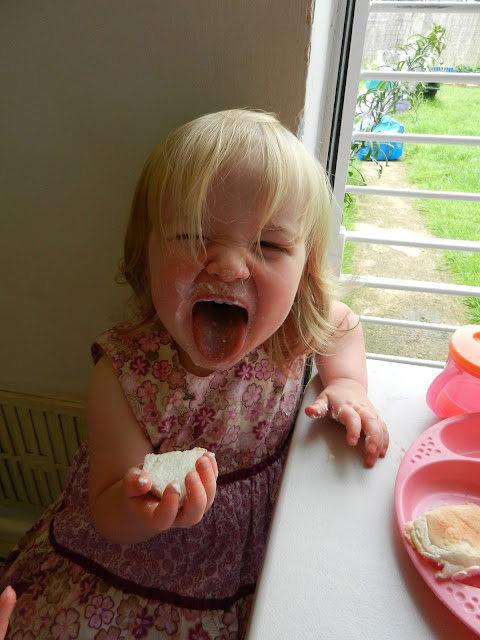 Cream cheese face!!
We had a wonderful pudding of warm pancakes with maple syrup and blueberries!! 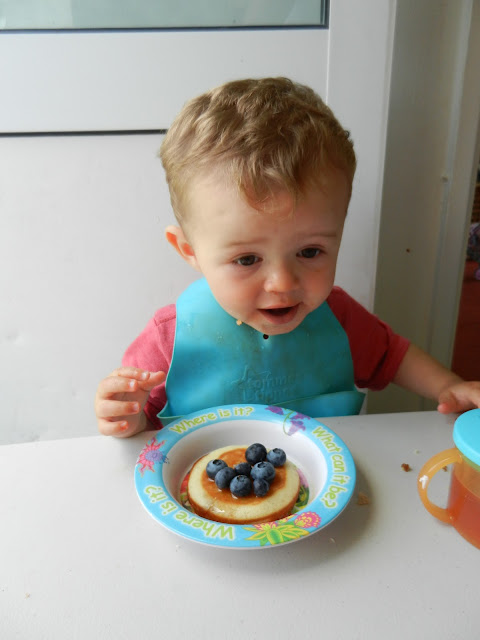 We helped make these foot and hand prints when we came to play, over the Jubilee week. They have been part of a Union Jack flag and have now been re-purposed in to an American flag! 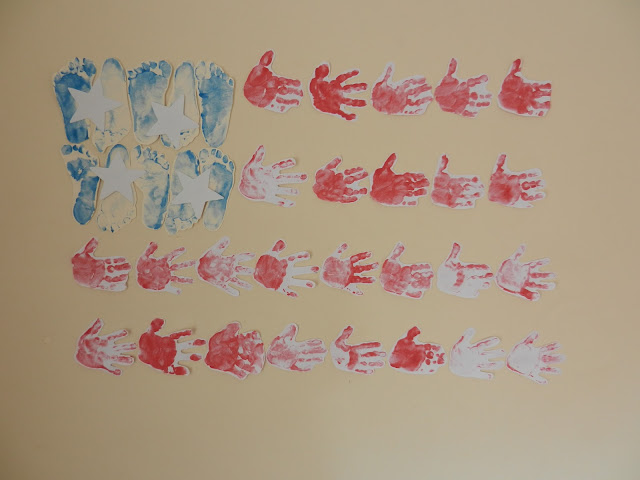 These are our finished lanterns! 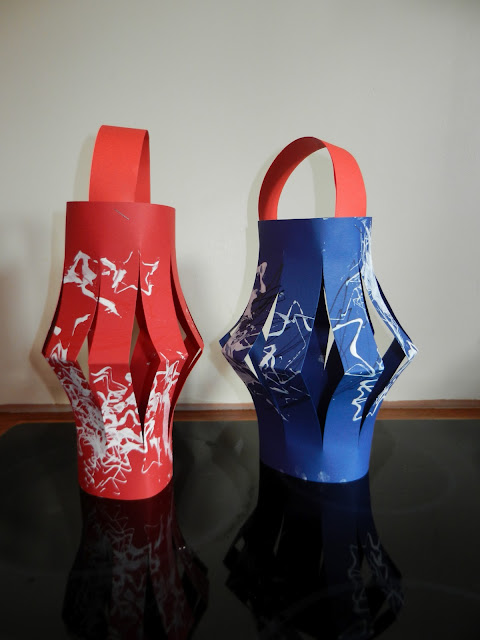 We have had such a fun day and were very pleased to be invited to take part in all the celebrations!

HAPPY 4th JULY TO ALL OF MY AMERICAN READERS!