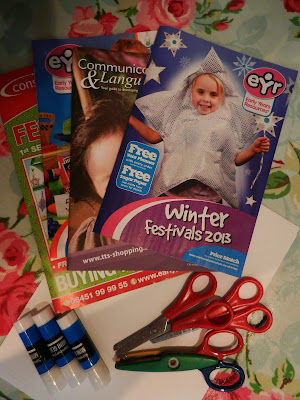 This week we have been practising our scissor skills. Cutting with scissors is a really hard thing for children to learn but it is very useful for developing their hand muscles which will in turn make learning to write much easier. Not only does it develop the muscles in the palms of their hands but using scissors uses Bilateral coordination. This means that they are using both sides of their body at the same time. For example, using the scissors in one hand to cut and move forwards while holding and turning paper in the other. Bilateral coordination is a skill that we use every day of our lives. For example when we do up zips, chop and prepare vegetables and do the dishes.

We currently do a lot of pre cutting activities to help children develop the movement needed to actually use scissors.

Little “R” has really worked hard on her cutting skills over the past year and can manage to cut paper in half, in a strait line. She has now moved on to trying to cut around pictures and shapes.
Little “L” “X” and “I” are at the stage of cutting individual snips in the edges of pages and tearing the rest apart.

I have set up a fun cutting activity for the children to try and I am seeing some real improvement in the children’s cutting skills.

Each of the children chose a magazine and flicked through until they found something they really liked. They then took the scissors and tried to cut out the picture. It helps if you can pull the page out of the magazine for them before they try cutting it. It is also an idea to help the children get the right fingers in the right holes on scissor handles. 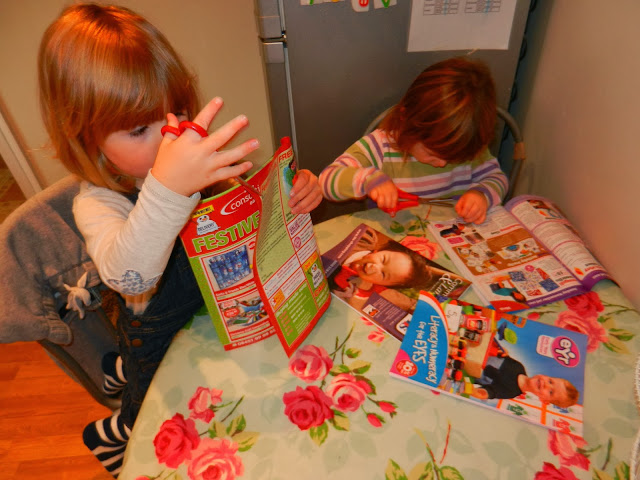 Sometimes it can help if you place your hands over the top and move the scissors for them so that they get a feel for the movement needed to cut.

Little “R” is now showing the bilateral coordination that i described above. She is turning her paper as she cuts and following a strait line much easier than she was a few months ago. 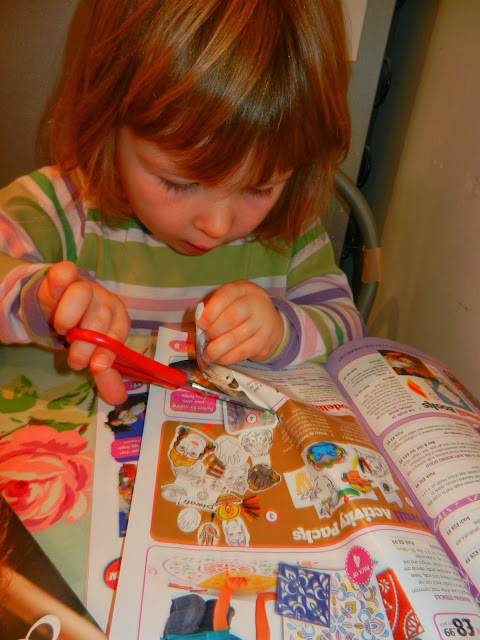 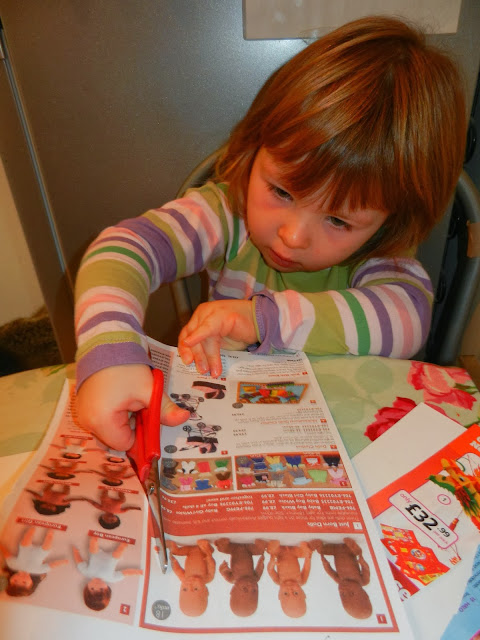 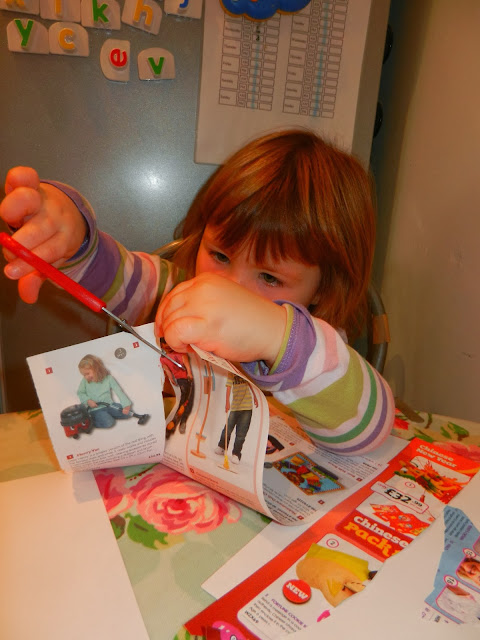 Little “I” needed quite a lot of my help to position her fingers and to master the opening and closing motion needed to cut. She became very excited every time a piece of paper came off and was very eager to stick it on her paper. She asked me to cut some pictures out for her. 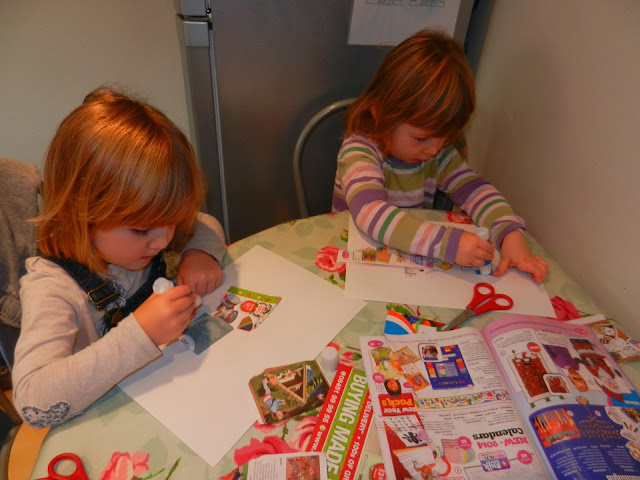 Little “X” is finding the positioning of scissors very tricky. He is not sure which fingers to put in which holes on the handles and finds them tricky to control. He is still very much at the snipping the edges and tearing stage. He seems to prefer using two hands to control them at this point. 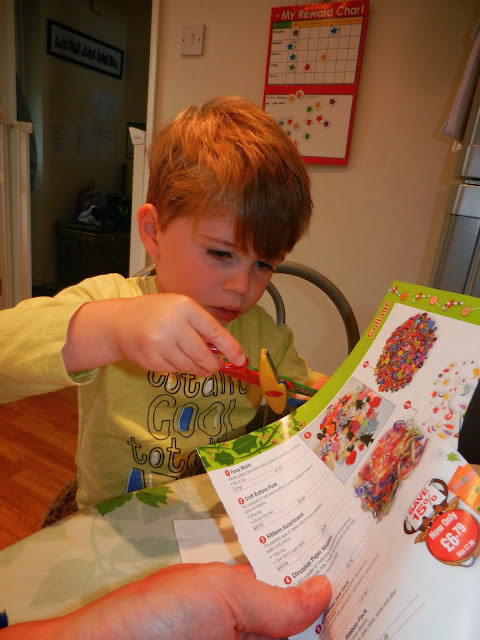 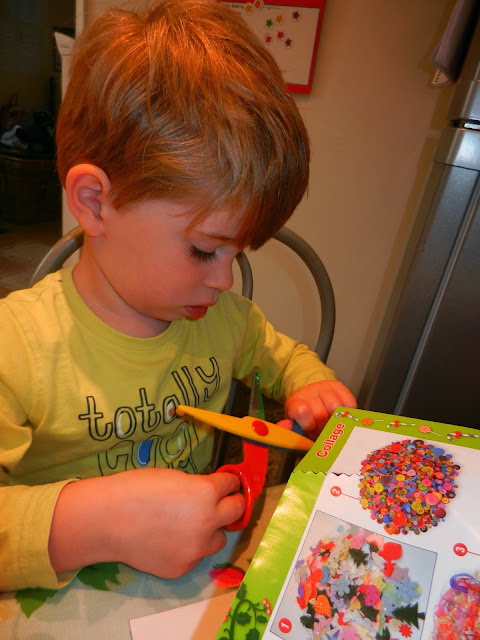 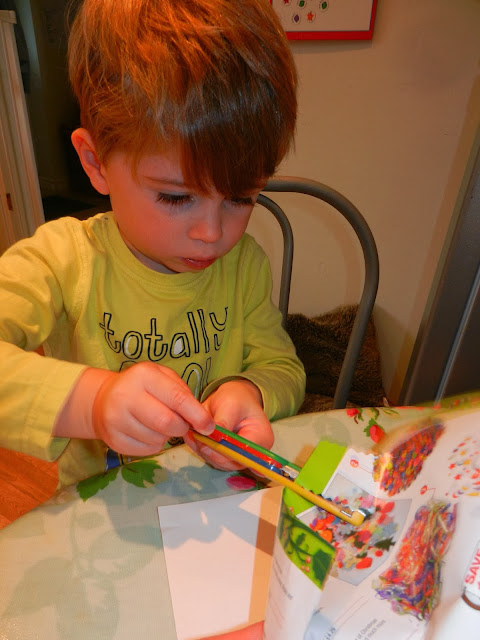 CHARACTERISTICS OF EFFECTIVE LEARNING:
This activity was offered to the children to give them the opportunity to practice their cutting skills and for me to observe what stage they are at in this area. It has shown that some children would benefit from some more tweezer activities and also some more playdough play as well. I will plan to offer these more over the coming weeks. Each child showed great interest and concentration in this activity and there was clear joy from achieving what they had set out to do. With each piece of paper that became separated, there was a smile and shout of excitement and a rush to stick it down with the glue! Every child kept trying even though some of them found this activity much harder than others.