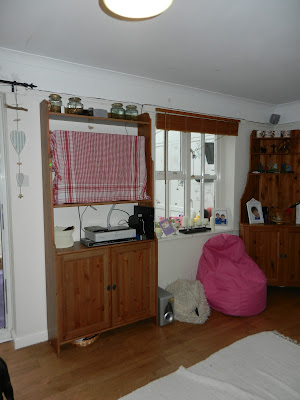 Well after much thought I decided to make the kids go screen free for a bit. I am not anti tv. I believe it has it’s place. My eldest loves the nature shows and science programs. No matter how much first hand learning I offer them… they are not going to be allowed to make a rocket in the garden or visit the rain forest, so the TV is a useful educational tool.

I never wanted the boys to watch much tv or play many computer games, but my partner is very much in to his tv shows and gaming, so I have had to compromise a lot of my ideals so that we both have some input. Recently though I have noticed 2 things. They have been watching and playing a few things that I feel are inappropriate  Either content or age wise. Nothing very bad, but I don’t feel children need to play war games. If they want to play war games then they have army figures for that. Not blood and guts on a tv screen! The other thing I have noticed is that my youngest is becoming totally obsessed with anything with a screen. Given the choice he would move from tv, to DVD, to gaming, to hand held game console. This is FAR from healthy and I am not prepared to let it get worse.

I did try a month of reduced tv and made it clear to everyone that certain games and DVD’s were not to be watched anymore. But Kenzie would just constantly ask when 5pm was… when is screen time…. how much longer…. This seemed worse in a way because he was not doing anything else. Just waiting for that magic time and this seemed to hold him back from play.

So my partner and I talked about it and decided to make the house screen free for the kids. Brendan is allowed an hours tv or computer before bed as he is not obsessed and does use it responsibly. Like I said, he often chooses educational tv and I don’t want him to loose that source of information completely.

So today was “day 1” of screen free time. The remote controls were placed on a high shelf, the gadgets locked in a cupboard and the key put up high. A sheet has been hung over the tv to make this very clear.

I want to keep a record of the next 2 weeks. I want to see if it makes a change to Kenzie’s play and general mood. He has become rather moody of late and argumentative. This could just be just a 6 year old thing. But most of our “disagreements” and “fall outs” are over TV. Either the boys arguing over what to watch, who chose last time, how long the other person has been watching their tv shows etc…… or the fact that I ask him to do something and he tells me “to wait… i’m watching Sponge bob!”. That is a bug bare for me! I would never have said that to my parents, he can pause TV as we have sky plus and to be fair…. they are all dam repeats!!

So we will see what happens next………. The challenge has been set……… 2 weeks screen free apart from Dr Who next Saturday. I could not be so mean as to stop him watching that lol!