Today we started to look at Bonfire night. We have also talked about Diwai and the 2 fitted together quite nicely. As we talked about The festival of lights, we talked about how sometimes they let off fireworks just like we do on the 5th November. I have gathered up lots of sparkly crafting bits over the weekend and popped them on a bowl for the children to select which ones they wanted to use. I made sure I had lots of PVA glue, which we squeezed over the black paper liberally before attaching the sparkles! We didn’t want anything to fall off.
Little “L” got sticky fingers and asked me to  wipe it off. I showed her how fun it can be to rub PVA glue between your hands and watch it crumble off. Then like MAGIC they are not sticky any more! 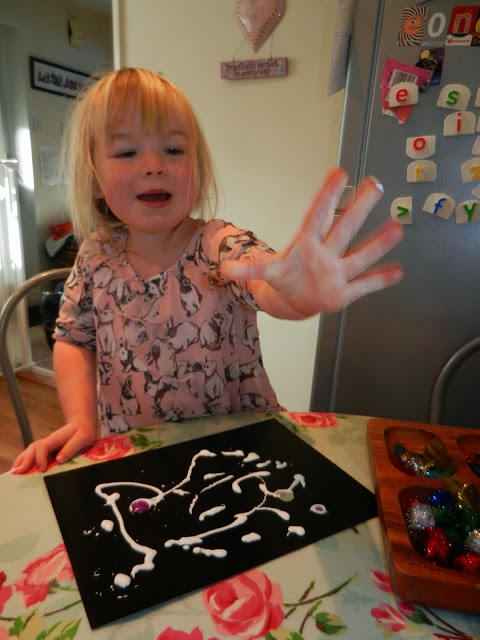 As she selected the Pompoms she named each colour. Firstly selecting all the Pinks! She does love her pink!
She continued to fill her page with different items from the bowl. Talking about the colours, textures and shapes. Using descriptive words like shiny, sparkly, glittery, big  and small. 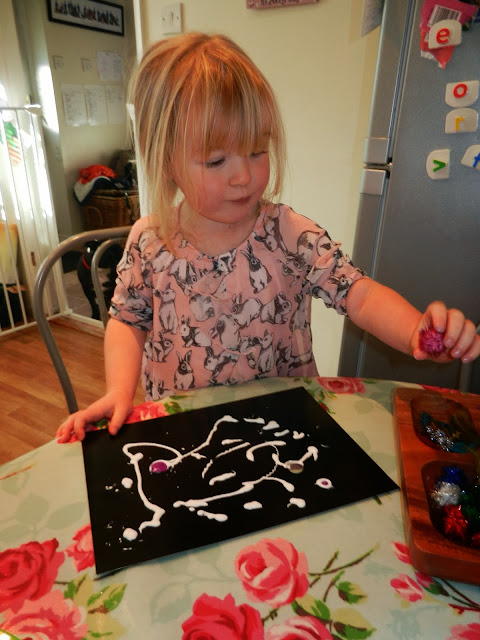 When Little “R” came home from Pre-school she also had a go at making a firework picture. She told me she had heard fireworks last night but had not seen any yet. She told me they are sparkly and go high in the sky! She looked at the different craft items as she selected bits to add to her picture. She described and named the items.
“That’s a big pompom”
“That’s a shiny one”
“I’ve got a red one!” 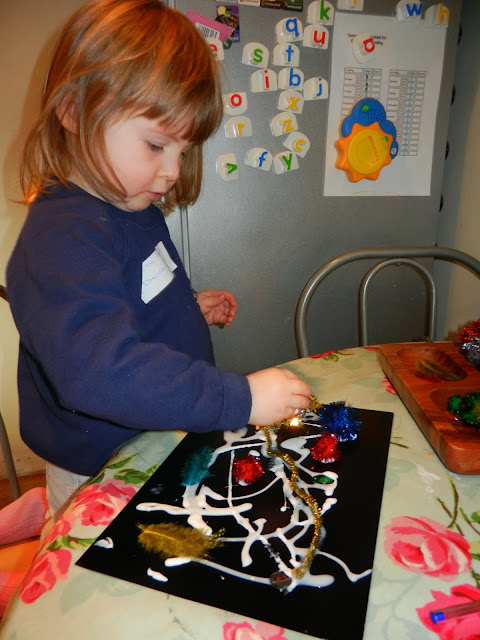 Each item was explored before being placed on the paper. She turned them over in her hands and felt them between her fingers. 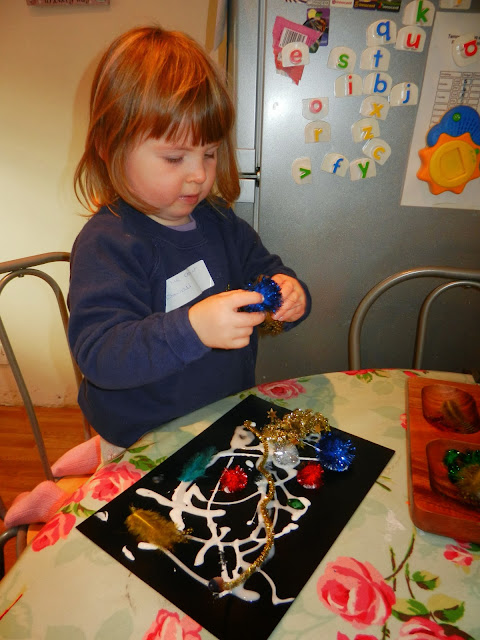 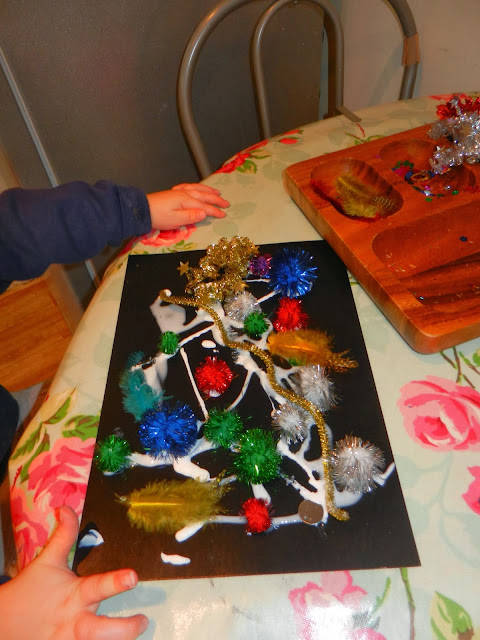 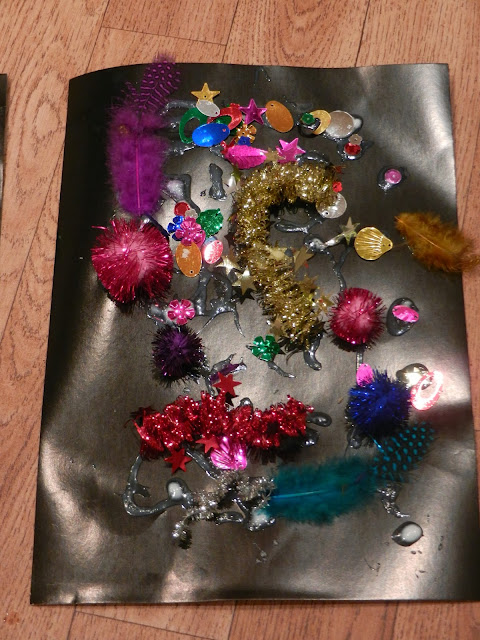 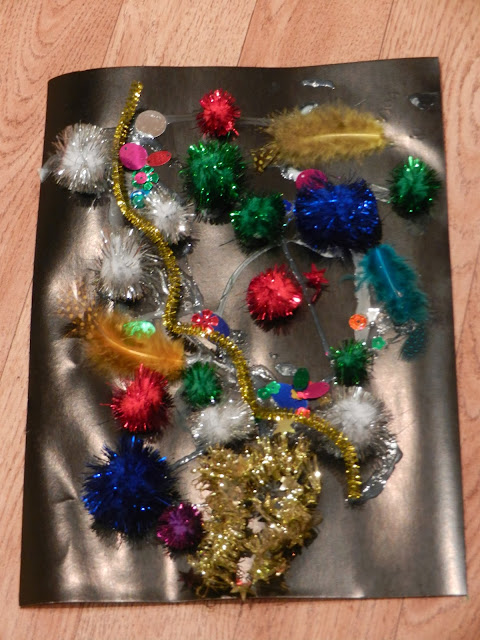 CHARACTERISTICS OF EFFECTIVE LEARNING:
Today’s crafting provided a relaxed platform for the children to talk about their own experiences of fireworks. They described how they looked and sounded. I was pleased to hear that no one said they were scary. The fireworks linked nicely with Diwali and brought a closer to home link with other cultures and how they celebrate special days. The language that this activity encouraged was rich with descriptive words. The children were motivated to make their picture as shiny and glittery as possible. Choosing favourite colours and shapes. Little “R” found a sequin in the shape of a sea shell. She told us it looked like a shell. Making links with past learning and bringing that knowledge to this activity. She was also keen to share this knowledge with her friends. Both children were engaged in their crafting and willing to have a go. Little “R” was especially proud and pleased with her finished picture. She wanted to show mummy as soon as she was picked up in the evening!