We have spent a week looking at Firefighters and what they do to help us when we are in Danger.
We set up some dressing up for role play and this was a huge hit. They wore the outfits in the garden and used a skipping rope and an inflatable snake as hose pipes! They pretended to put out the fire and also used our old mobile phones to pretend to call the fire brigade. 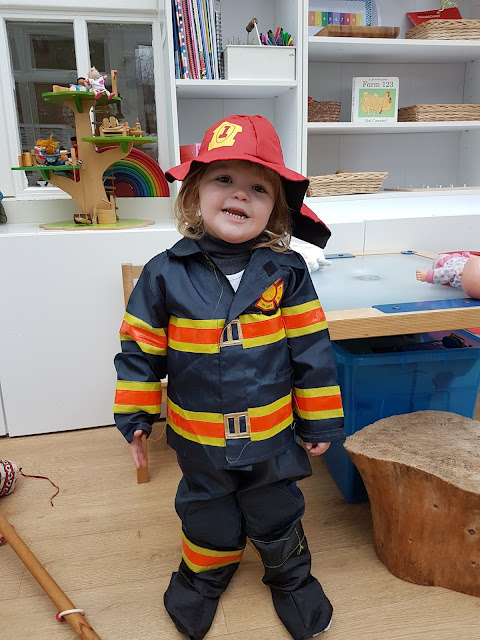 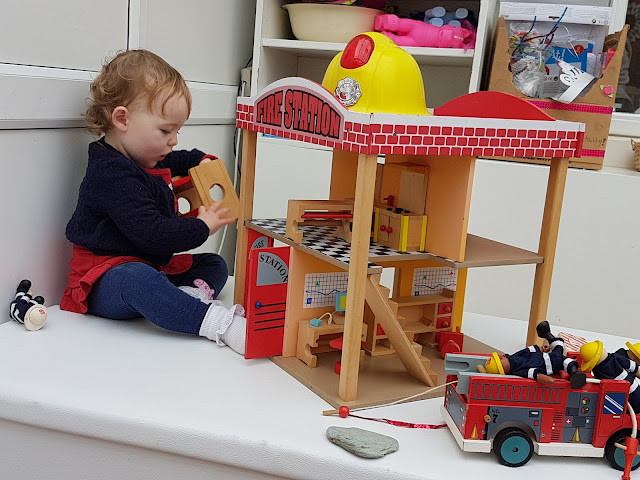 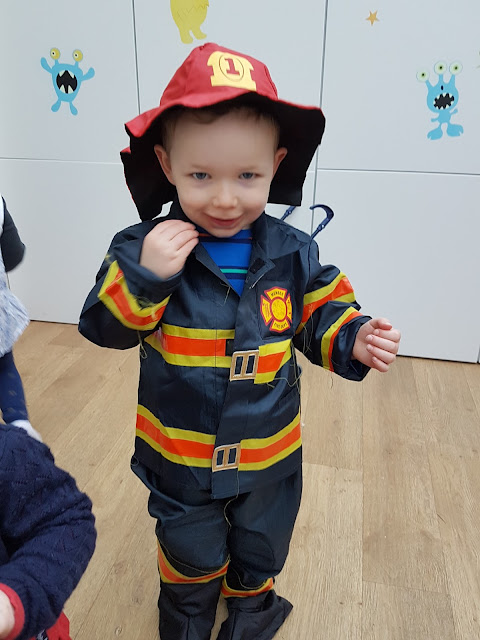 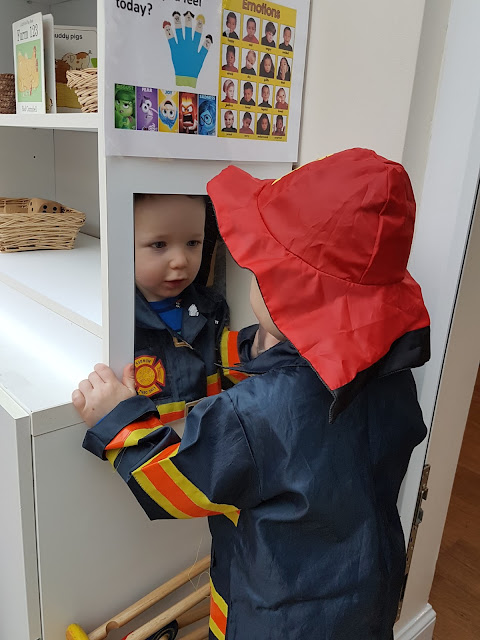 The wooden fire station was a big hit too and we had lots of cute stories being acted out. The ladder on the engine was raised to save people from the roof with shouts of “To the RESCUE!!”

We acted out calling 999 and looked for that number on the old mobile phones that the children have available to play with. I coloured in on one of the 9’s on the phones and this helped them to remember the number to call in an emergency. We practiced asking for a fire engine and talked about why we might need to call one. Not just for fires. 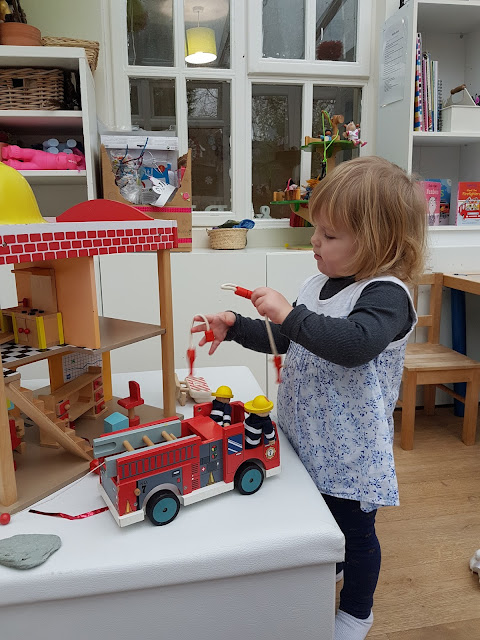 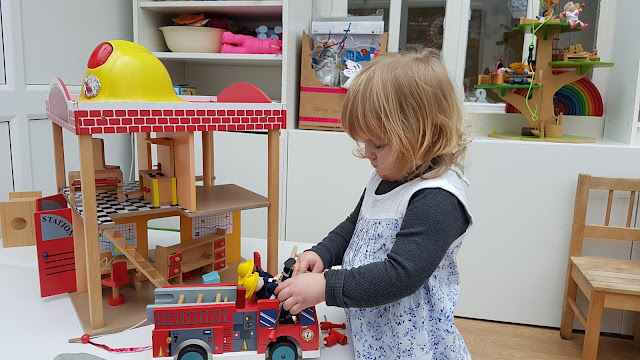 This activity meets the following areas of the EYFS: