After noting Little “X”s strong interest in movement, I thought it would be interesting to set up some different activities to allow him to explore this interest. We were given some large cardboard tubes so I set these up near the car basket and watched to see how he would use them.
To start with he picked them up and looked through them, rolling one end around the floor. Before long he found a blue lorry and set about posting it in to one of the holes. He had fun watching it come out the other end. The next thing he put in a tube was a rocket ship. This did not have wheels and got stuck half way down. He ran round to the front and tried to see if it was coming out. After a few seconds he ran back to the top and tilted the tube up higher until the rocket slid out the bottom. 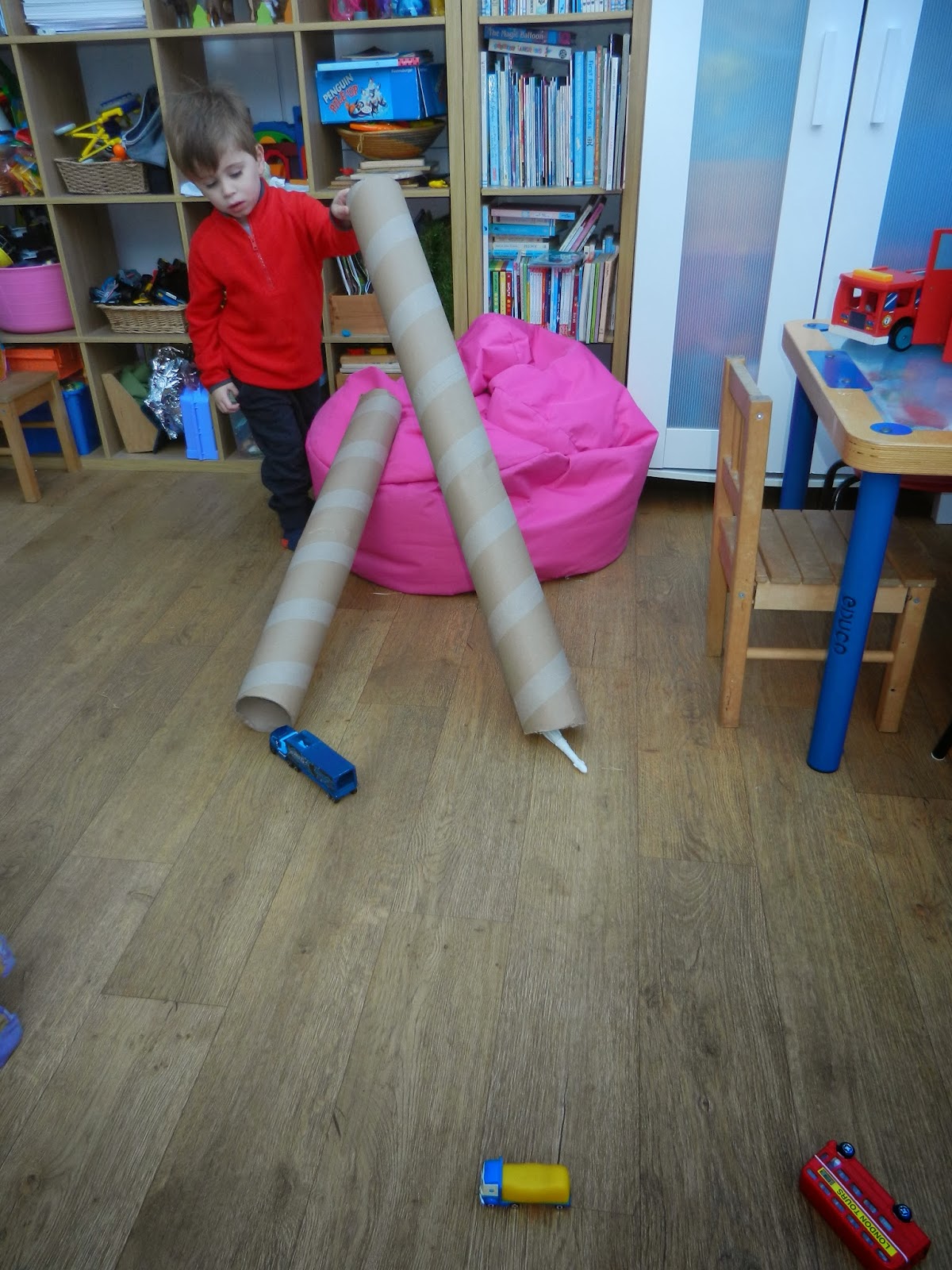 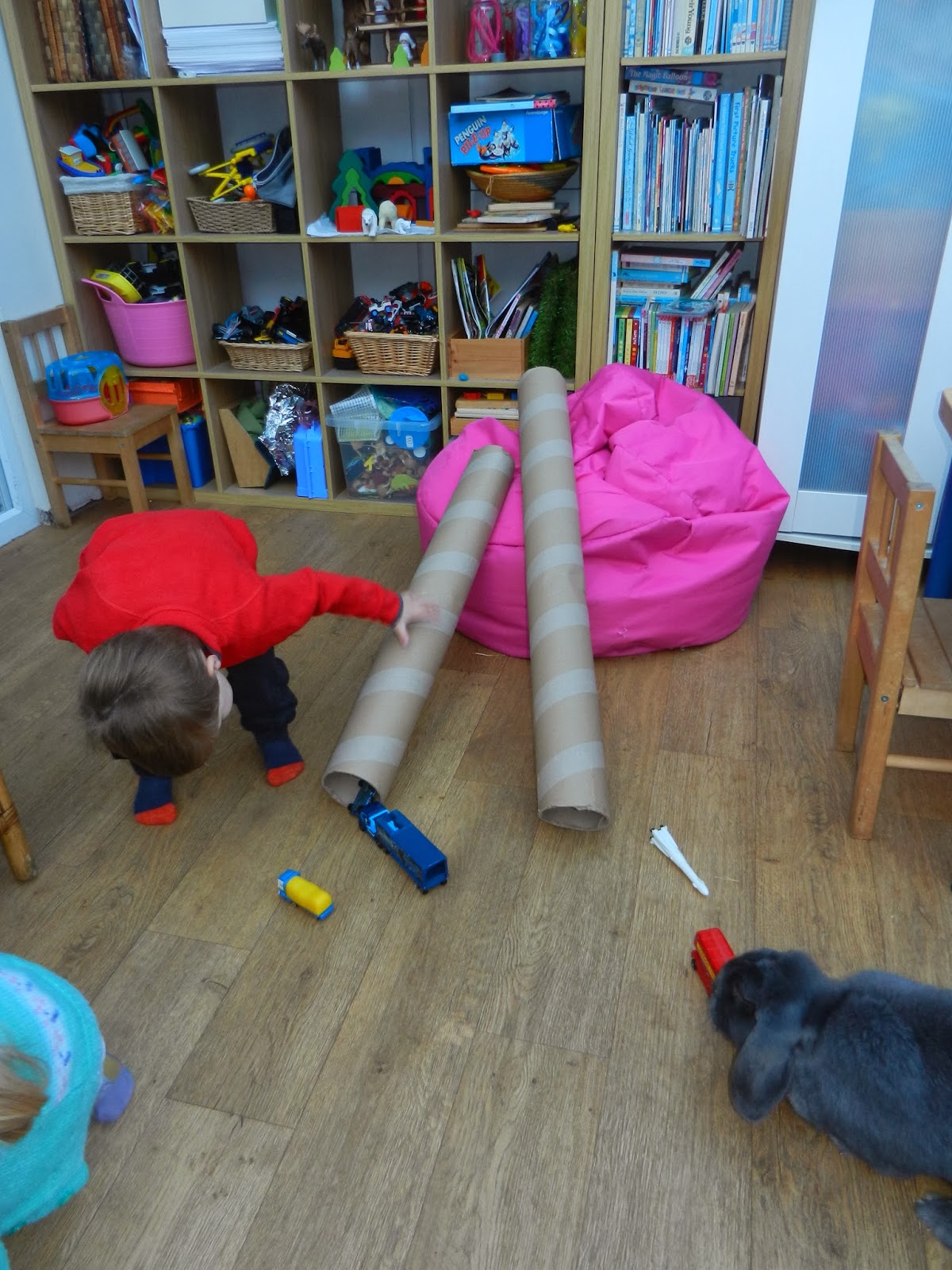 He shared his thoughts on why some moved fast, why some got stuck. making observations and trying to solve any problems as they happened. 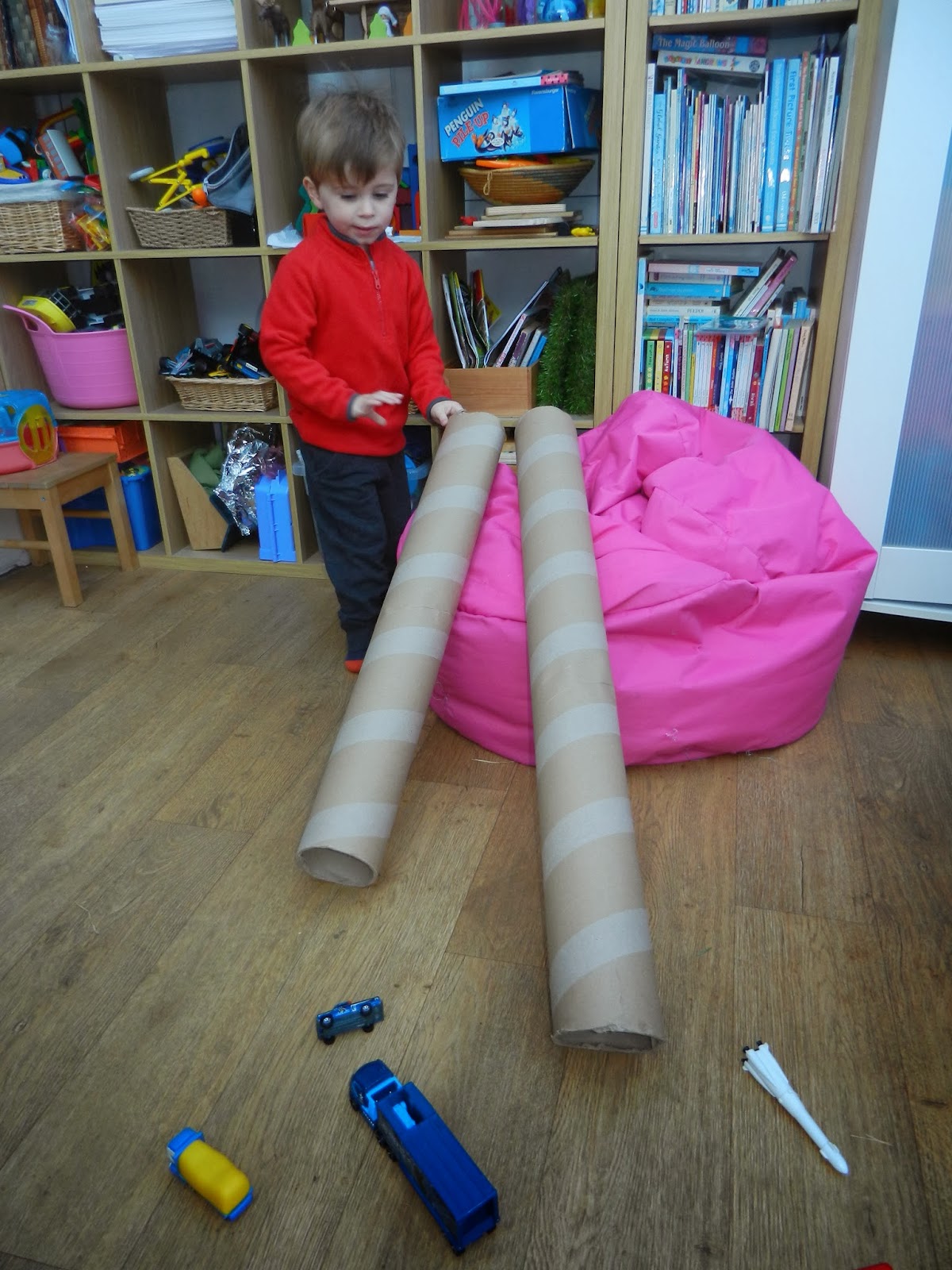 LEARNING INTENTIONS AND IDEAS FOR EXPANDING LEARNING:To provide an opportunity to further extend Little “X”s interest in movement and to support his trajectory schema.
CHARACTERISTICS OF EFFECTIVE LEARNING:

During this activity, Little “X” was fully engaged and interested in his play. Exploring how things moved through the tubes. Using his knowledge of movement to lift the tubes to a higher angle when they got stuck so that he could watch them fall out the bottom. He wanted to take part in this and was self motivated, willing to have a go and thinking critically to solve issues that arose. Making observations about how some cars moved through the tubes faster than others and why this might happen.
Today’s play, meets the following EYFS Prime and specific areas

THE THINGS I FIND WHEN EVERYONE HAS GONE HOME!