This week we enjoyed some “cooperation” games in the garden. I am trying to encourage the children to share and work together and I thought that by introducing some bats and balls they would learn the concepts of sharing, taking turns and working together to achieve the desired results!
As soon as I brought out the bats and balls they became very excited. They each picked up a bat and tried it out. Some were flat and some were in this scooped shape. 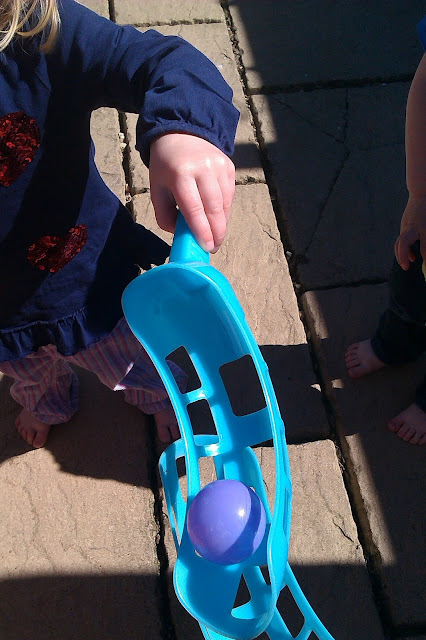 These were much easier to use as the ball is less likely to fall on the floor. We started to role the balls from one bat to the other. This created a lot of squealing and giggling! As they became a bit more confident they move back from each other a bit, making the gap between them larger and this meant actually having to throw the ball a little. 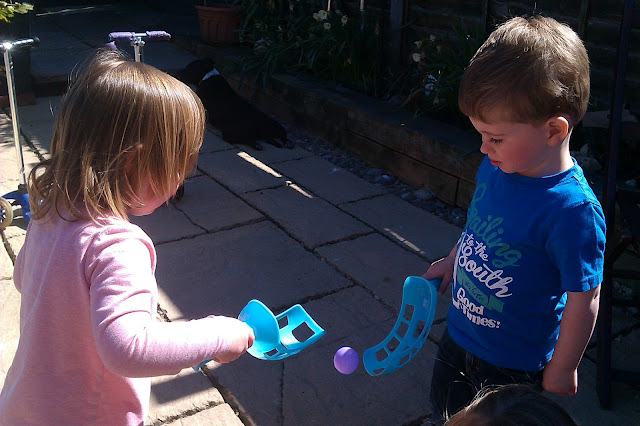 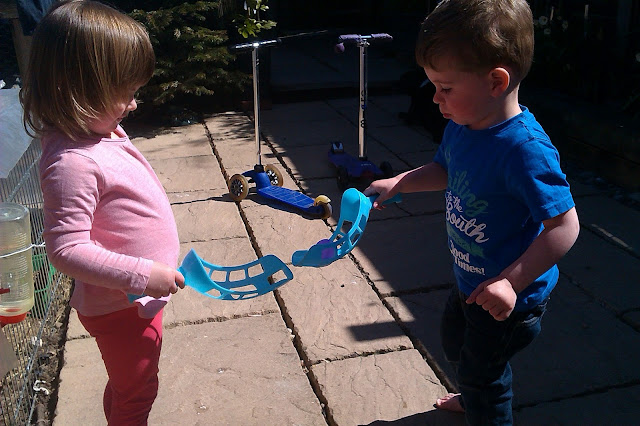 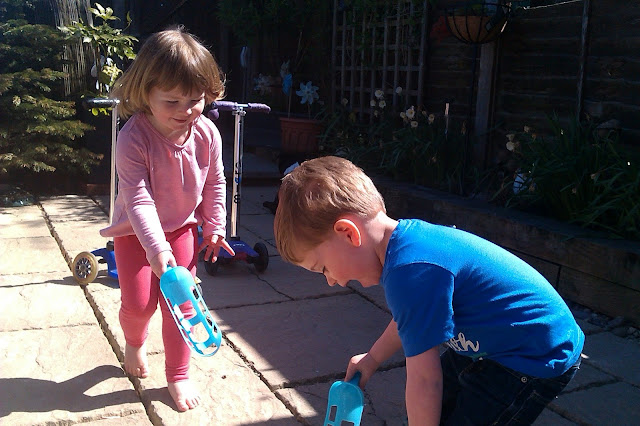 It really didn’t matter if they dropped the ball. This seemed just as satisfying to them as catching it…. if not more satisfying…. it certainly produced a lot of laughing! 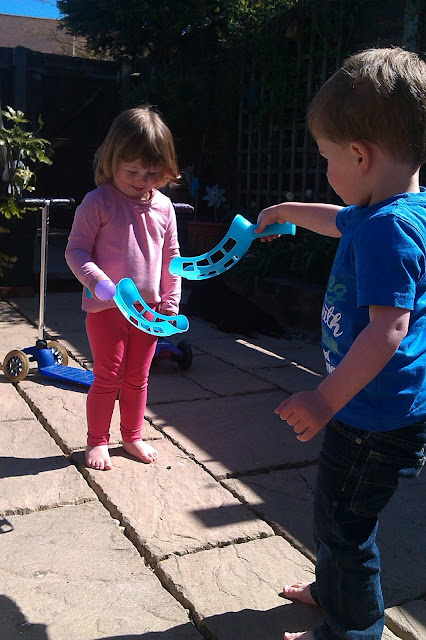 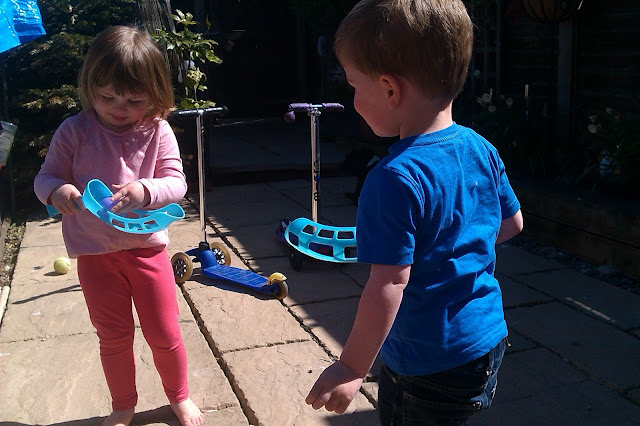 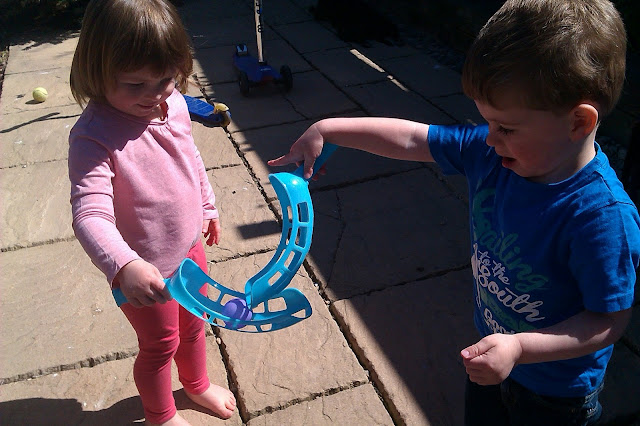 It was wonderful to watch them working together and sharing. It was a fun way to introduce turn taking and they used sentences like “my turn now”, and “You do it now, you throw it”!
They were engaged and keen to give this new activity a go. They concentrated on the task and kept trying even when they dropped the ball. The enjoyment they gained from this was very clear to see and the confidence they will gain from achieving what they were attempting to do will have boosted their self esteems no end!
I will offer this activity again next week and it will be interesting to see if they remember how to use the bats. Using knowledge that they have already gained on this day, to apply to the activity next time.

GETTING OUTSIDE FINALY AFTER SUCH SEVERE WEATHER!