After school today Brendan wanted to do something interesting. I asked him to go and get one of his activity books from the book shelf and see what took his interest.
He chose the book “101 things to do before you grow up”. It’s a great book with lots of things to choose from. It is divided in to different categories as well to make it easier to find something to do.

He decided to do an experiment for getting a boiled egg in to a bottle. It is all about Air pressure and great fun to watch! I had boiled eggs at lunch time and for some reason boiled a couple of spares. I hadn’t thought that they would get used in an experiment but ‘exactly what happened to them.

First you rub some washing up liquid around the mouth of the bottle, warm up the air in a bottle by holding the bottle in hot water for 5 minutes. 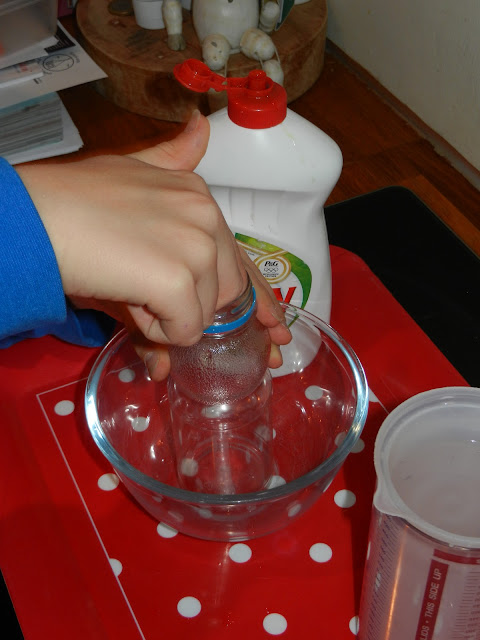 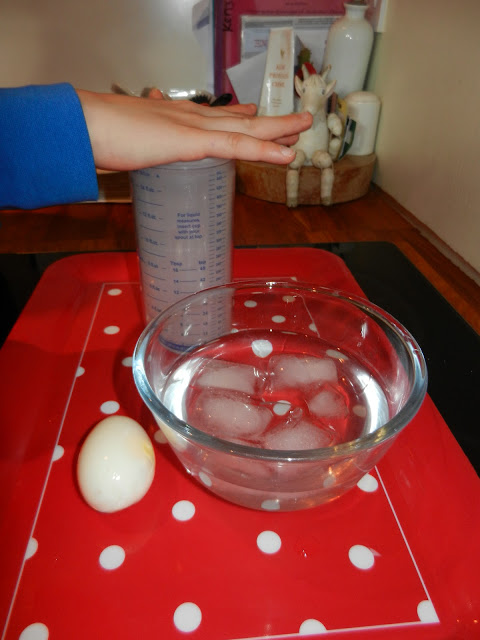 We then popped the egg on the mouth of the bottle and plunged it in to a bowl of ice water. This cools down the air in the bottle and it shrinks. This pulls the egg in to the bottle! 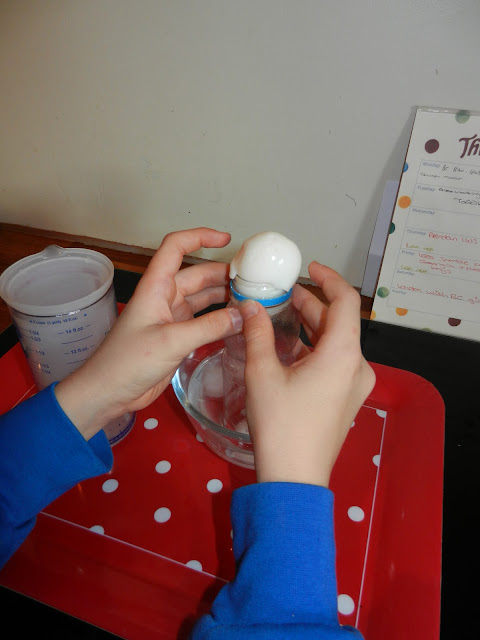 Sadly the bottle edge was not smooth enough and it started to slice in to the egg as it pulled it in…… eventually it got chopped in half! We will have to try it out with a glass bottle next time. They have smoother edges! 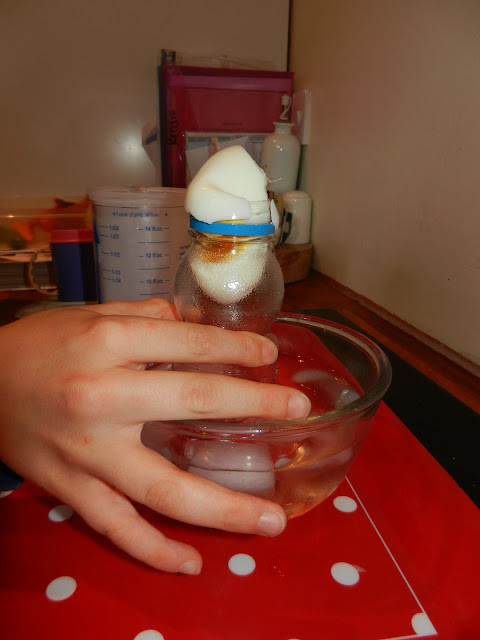 We did this twice and it was good fun, even with the egg getting chopped!

While Brendan was working on this, Kenzie and “W” were upstairs building Lego creations and Little “E” and little “R” were making homes for their Dragons. They fed them conkers and made them beds in baskets! 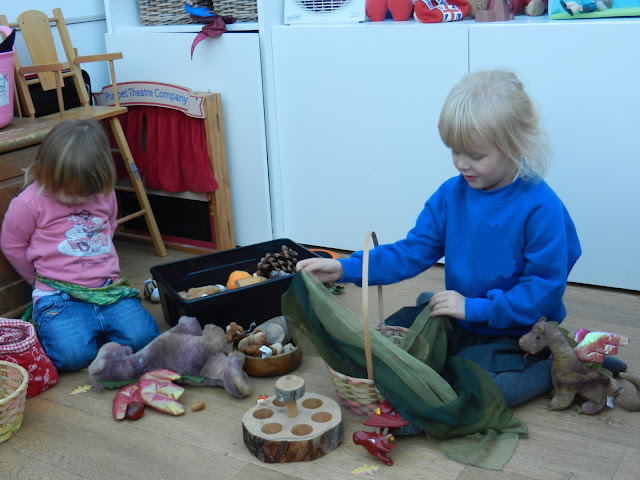 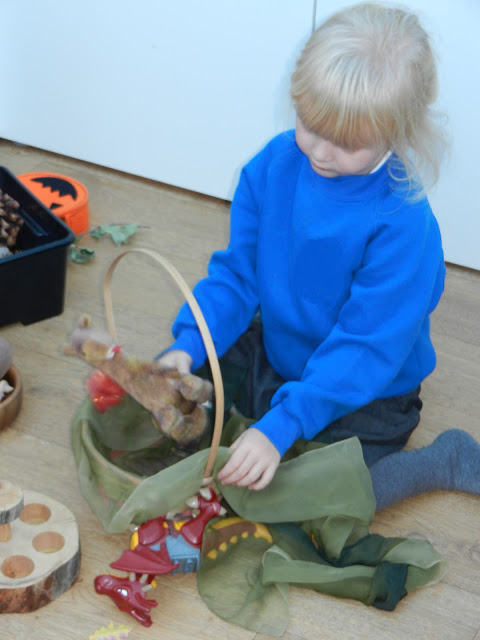 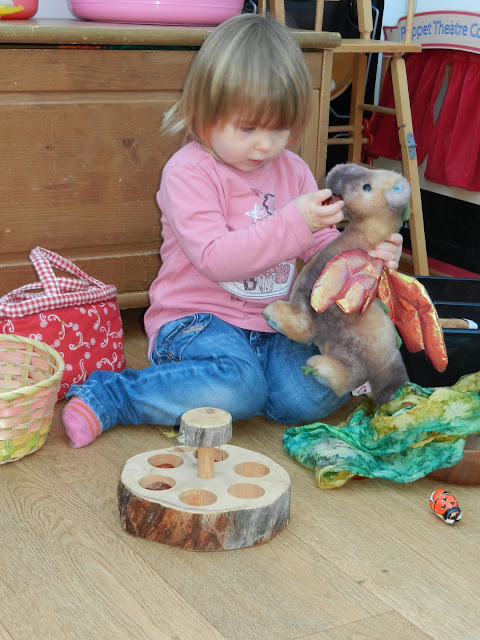 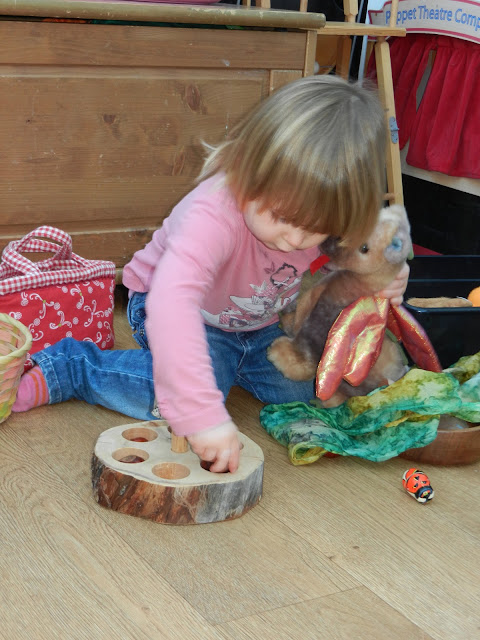 Brendan had a shower came down and then started to work on inventing a cup for his juice. He wanted something that would dispense and mix the cordial in to his water. He gathered some cartons from the recycling pile and some straws. Pulled out the hot glue gun and set about creating this! 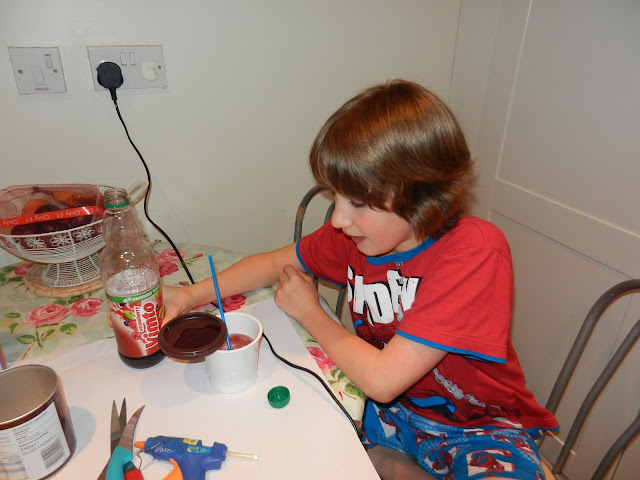 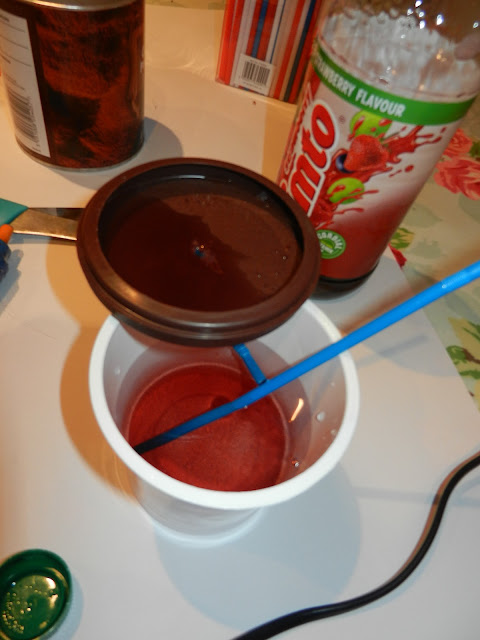 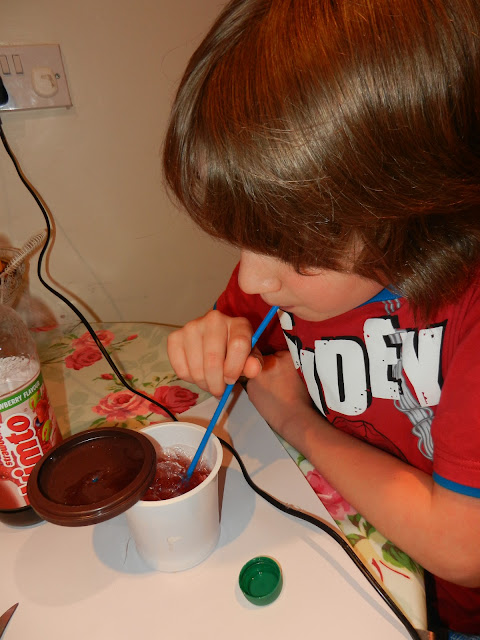 I am not really sure it makes the mixing of a drink any quicker but it’s a sweet idea. and he loves it! The tray at the top is where you pour the cordial and the straw in the middle takes it down in to the cup of water below. Then you stir it with your straw (or blow down the straw to make bubbles to mix it) and drink!