This week I have noticed that there has been a marked interest developing in meaningful mark making.
The children in my setting often have access to forms of mark making in the garden and indoors. There are tools for them to use like paintbrushes and chalks and sand outside. Inside we have paint, pencils, chalk, pens, papers, note pads, chalk boards and post it notes. Marks are often made but they are not always given a meaning.
The children have now shown an awareness that print carries meaning. (EYFS Literacy, reading- 30-50 months • Knows that print carries meaning and, in English, is read from left to right and top to bottom.)
This week I have noticed a change. Lots of marks are being made but now I am being told what they mean. They are numbers, shopping lists, names being written. (EYFS Literacy, writing- 30-50 months
• Sometimes gives meaning to marks as they draw and paint)
This picture shows the back of Little “L”‘s  drawing where she told me she was writing her name. This is usually where I write it on their pictures. 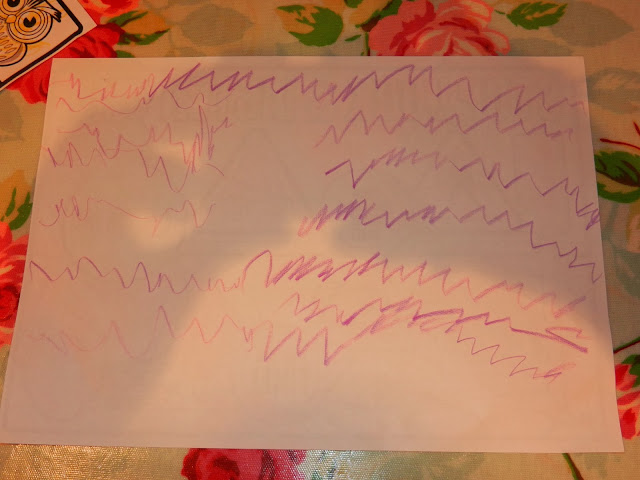 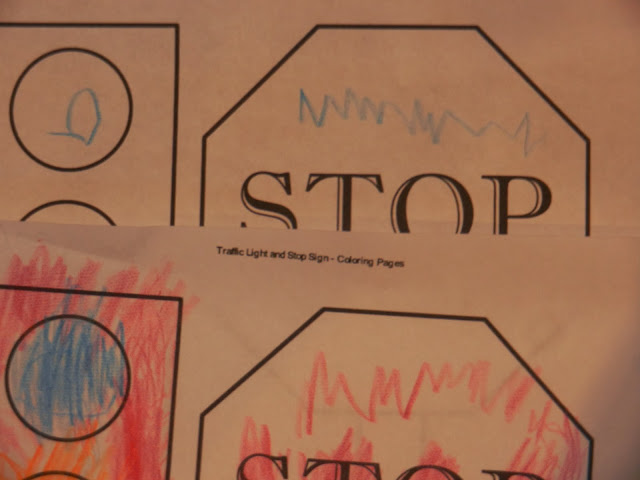 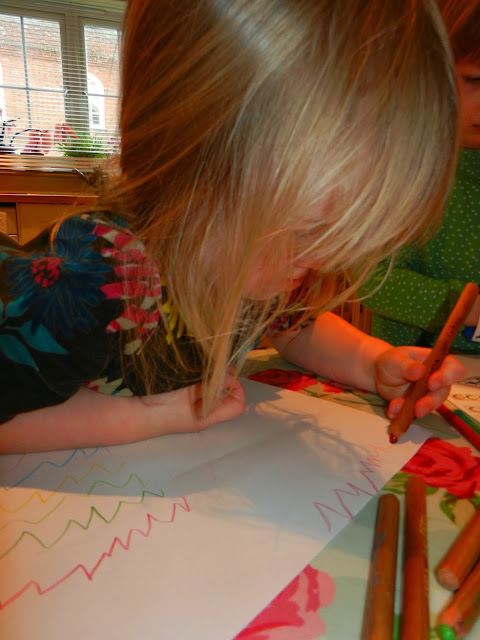 Little “C” writes his name in the corner if pictures using the same wiggly and zigzag lines. I think he has seen people do this in his other childcare setting. In the picture below you can see he is using a note pad and pen that he selected. He is finding it hard to hold the pen correctly and keeps using the other hand to re-adjust it till it feels right. 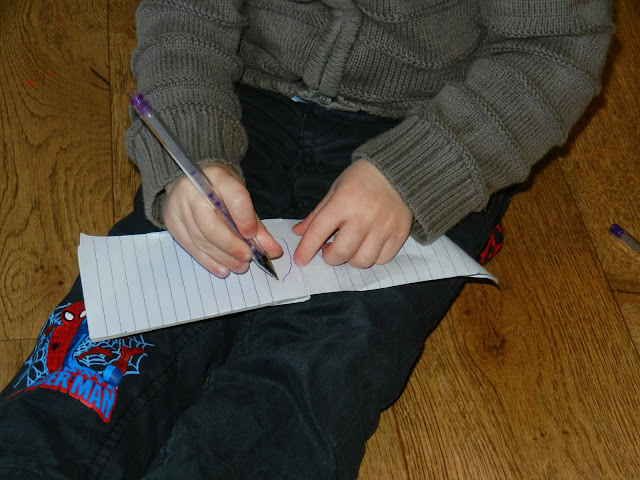 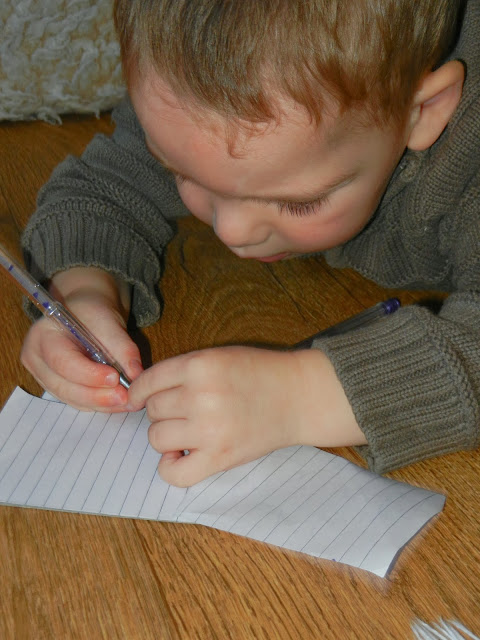 Little “C” had been working at the number station a lot on this day and he told me his marks represented numbers. When his mum arrived to take him home he was very keen to show her how he writes his numbers as well. 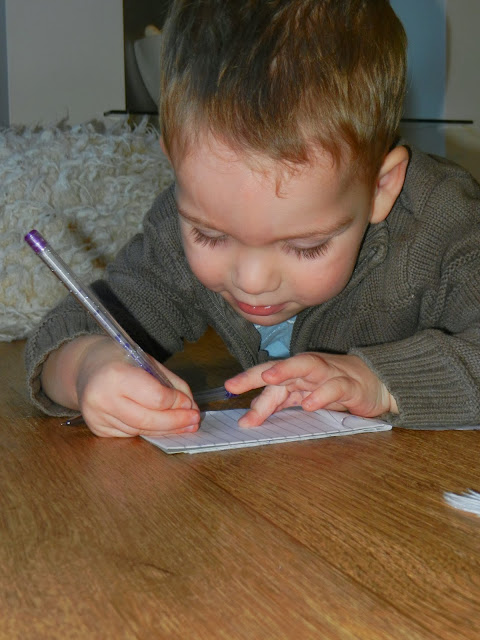 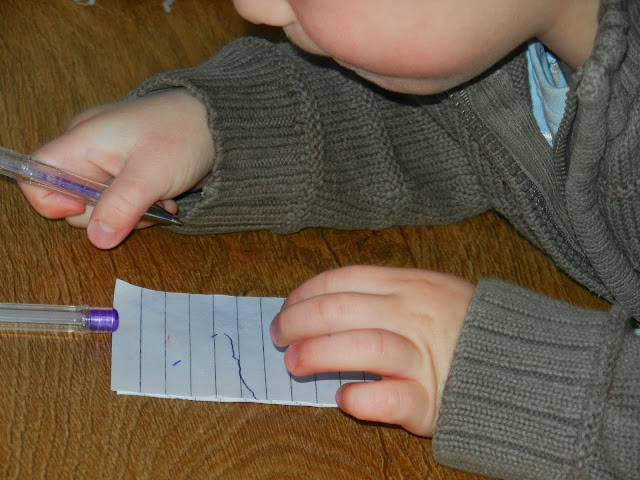 I have decided that it would be a good idea to start planning for the number station to have a transformation in to a mark making station in a week or so. I will look in to different and interesting ways to mark make and how I can offer these to the children.

This observation is key to me being able to extend an interest that has been initiated by the children. I have managed to pick up on this change in their use of marks as it happened and so I can offer them more opportunities to mark make at a time when their motivation is high. I can create an environment that is rich in words and letters. Like I have with the number station. I hope this will give them the tools and freedom to explore their mark making and become more confident in using it. They will be able to practice control of a pencil and gain better pencil grip. This will all help them to reach a point where they are physically more capable of writing letter shapes.
This is a self initiated interest so the motivation comes from their own interest and desire to explore meaningful mark making. They are exploring different ways of writing letters and numbers. Using different surfaces and tools. This can be extended by offering a greater selection to play with.
They are engaged and concentrating and enjoying achieving what they set out to do. Little “C” was keen to share his “numbers” with his mum and myself. Smiling and feeling great pride!
Little “L” knows some letter names especially ones that are relevant to her, like the letters of her own name. She makes marks on the paper and says some letter names randomly at the same time. making a connection between the marks she makes and the marks that she has seen other use.
Today’s play, meets the following EYFS Prime and specific areas

LEARNING COLOURS AND SHAPES WITH PLAYDOUGH