Duplo has been this weeks favourite and it is being used in all sorts of interesting ways. This activity was something I planned and set up for St Patrick’s Day. It was to encourage the children to try and build a Rainbow. However today more bricks were added and the focus of learning was changed. All because one child had other ideas! The best type of learning!! 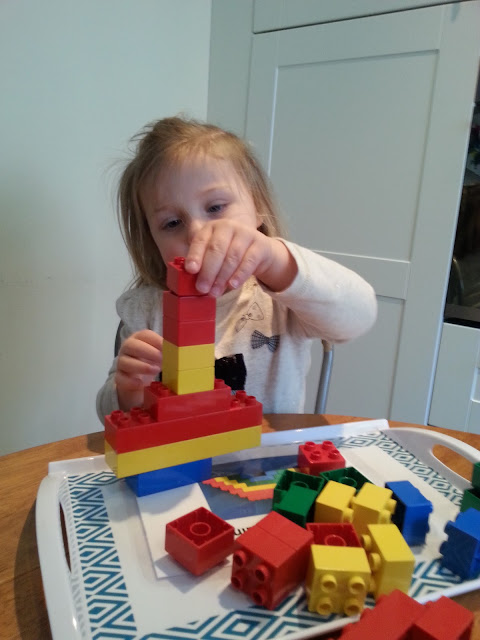 She seemed to understand that to make a tall tower you needed a strong base. She used the bigger bricks to start with and then selected the small bricks to build the tower taller. She had some concept of balance by making sure that the bricks were center. 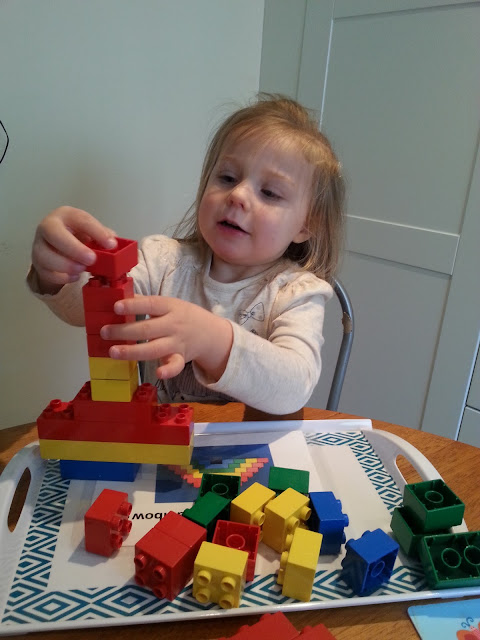 Even when the odd larger brick was included, she still made sure it was centered before building again. This knowledge has come from past construction play. I have seen her balance wooden blocks and not center them first We have talked about why the blocks might have fallen over when she added another one on the edge of a tower. She is using skills that she has developed through play to make this tower work! 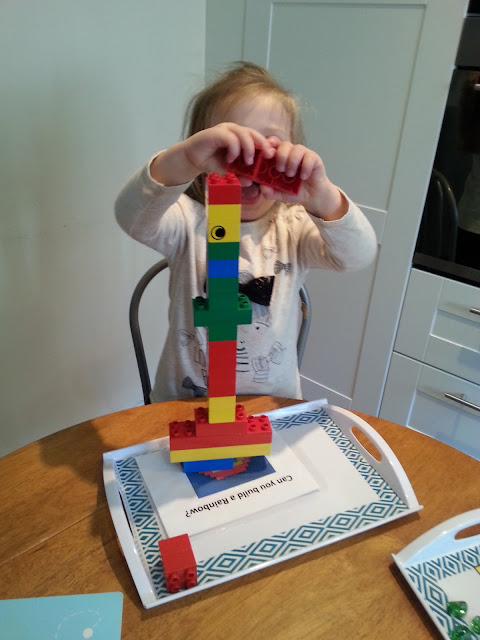 Once complete, she asked me how big the tower was. I suggested that we find something to measure it with and she chose to use a number line. She is not yet able to recognise numbers beyond those that have meaning to her. Such as 3 for her age. But she used phrases such as…
“It’s really really big!”
“It’s as taller as this bit Pippa” while pointing to the top of the number line. 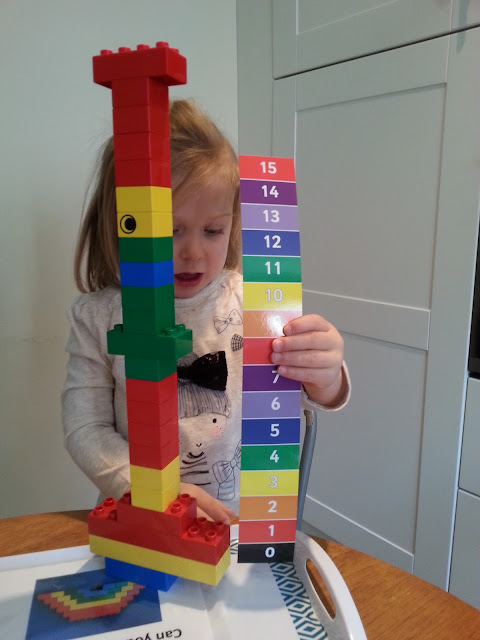 She then put the number line on top of her tower and laughed as she told me that it would be “REALLY REALLY REALLY BIG!!!” if she had more bricks.
“Bigger than me!” 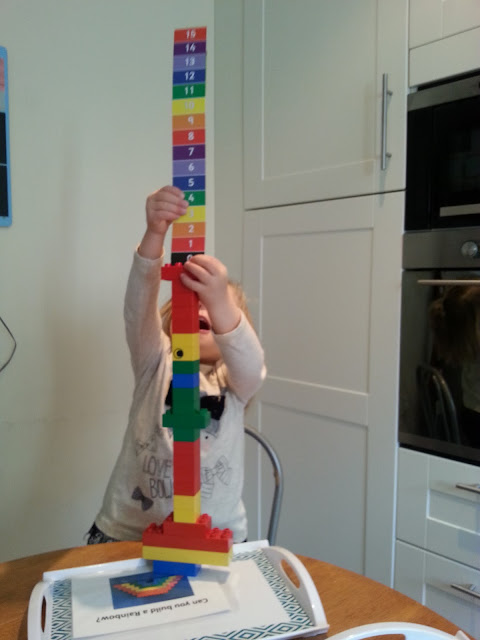