Easter Sunday and I promised the boys I would take them to the country show. They loved it and so did I. If I hadn’t run out of money then I would have liked to stay and seen the evening events.
Brendan found a fellow fisherman who makes bamboo rods. They had long conversations about rods and the benefits of Bamboo over fiber glass! 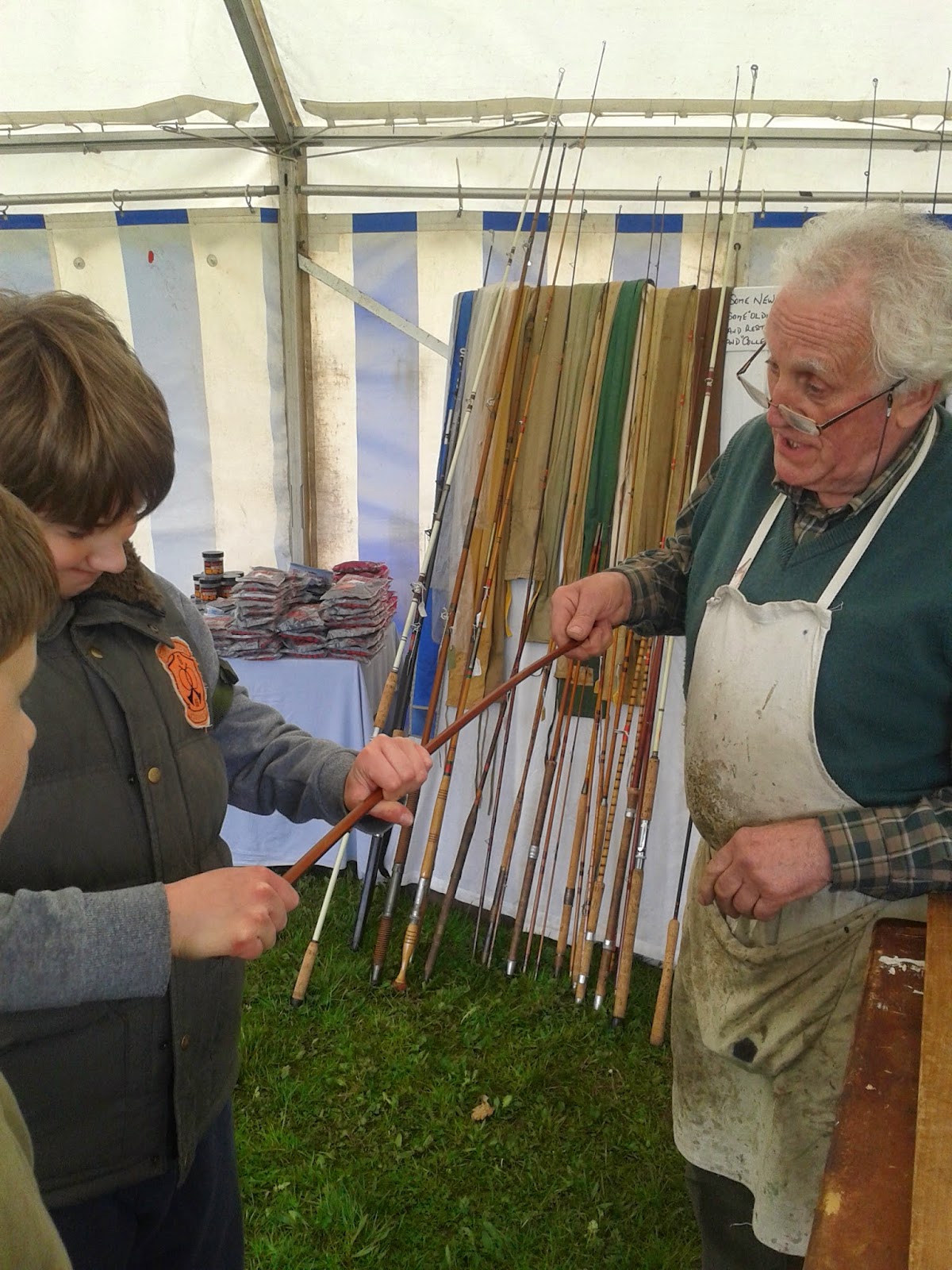 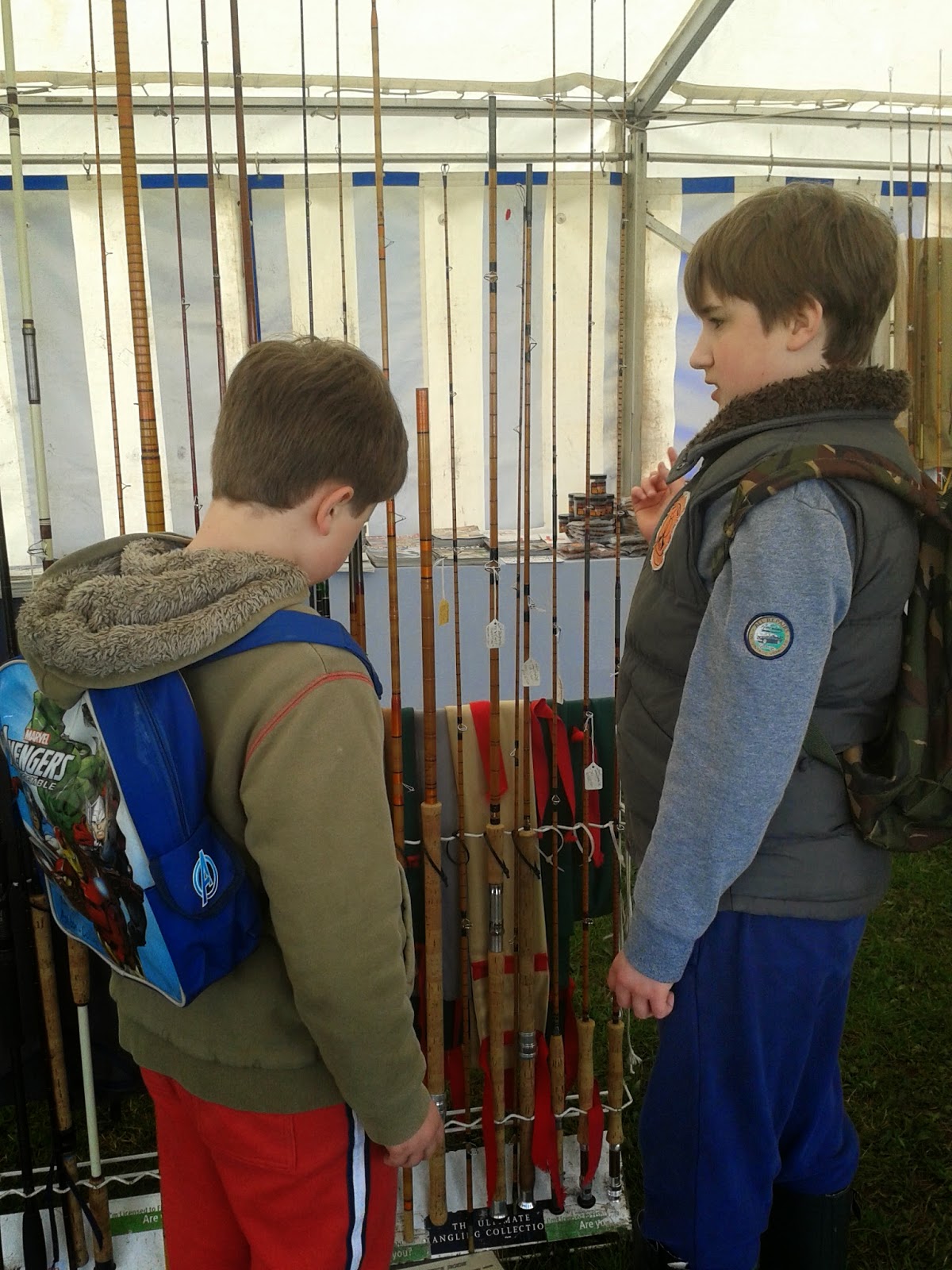 Speed chainsaw sculptures! Sadly we did not have enough money to win the bid for this bear. Next year we will be more prepared! 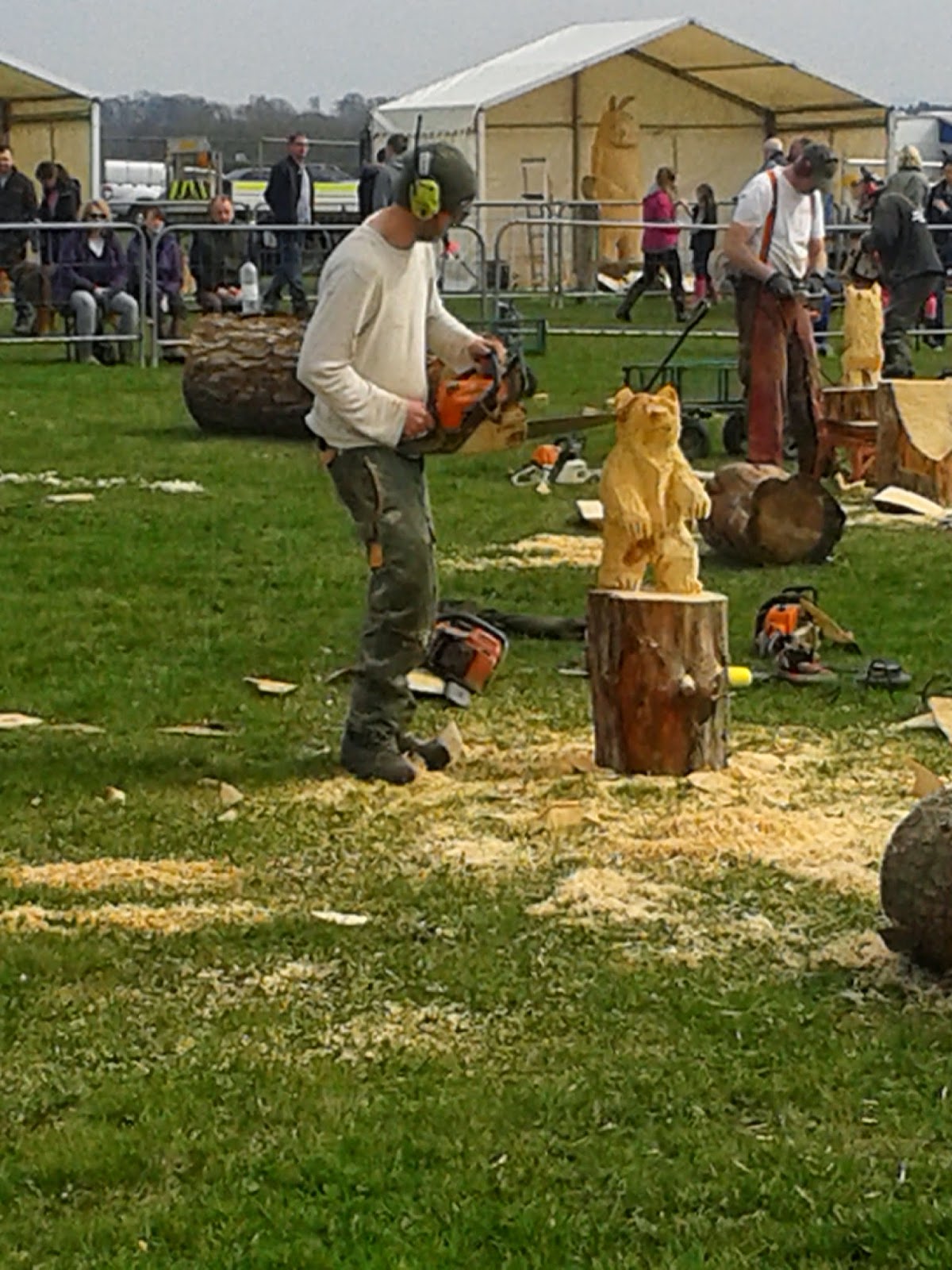 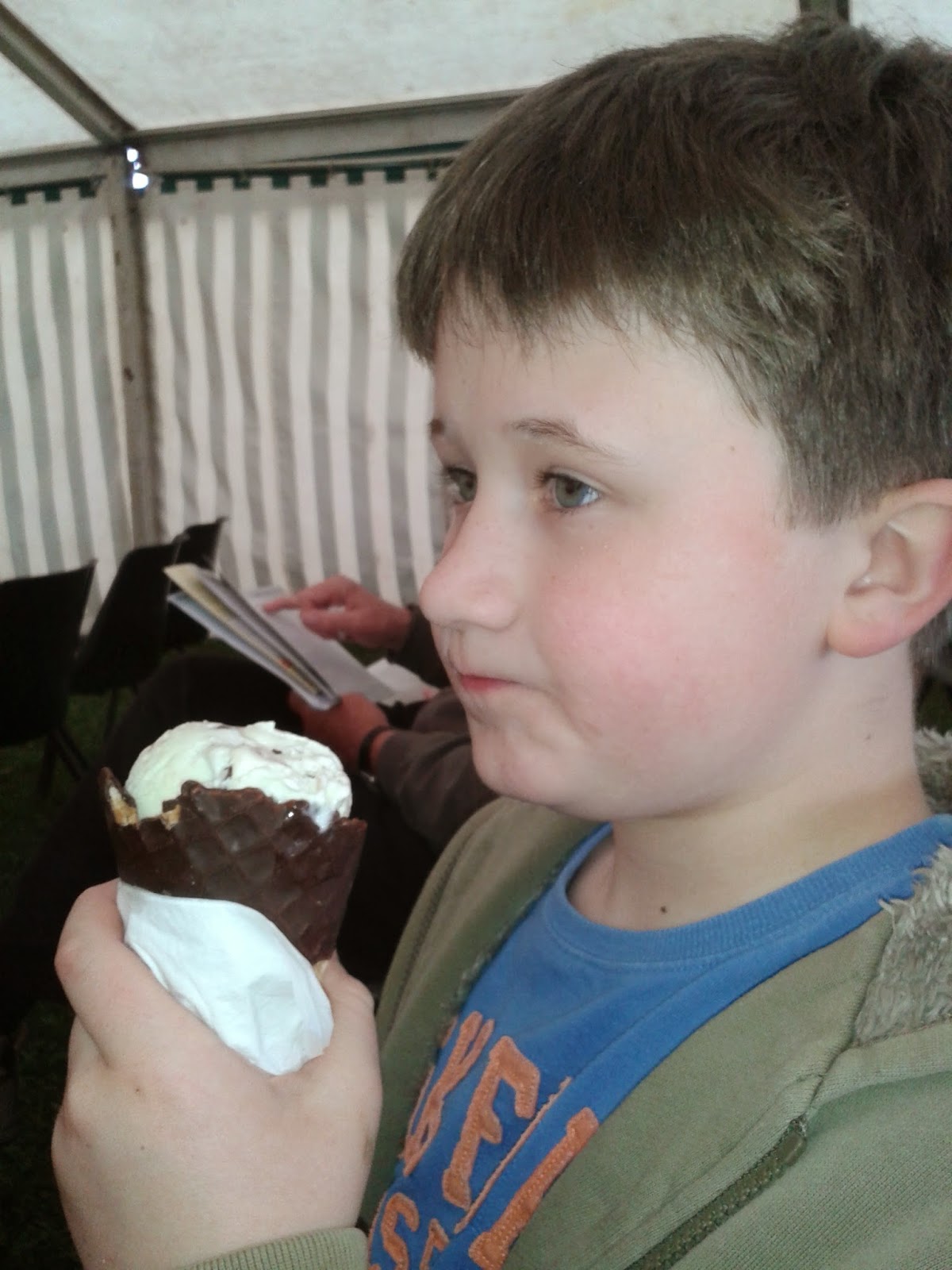 Brendan liked the fish that they cooked. tried some new things and they seem to have been a hit! 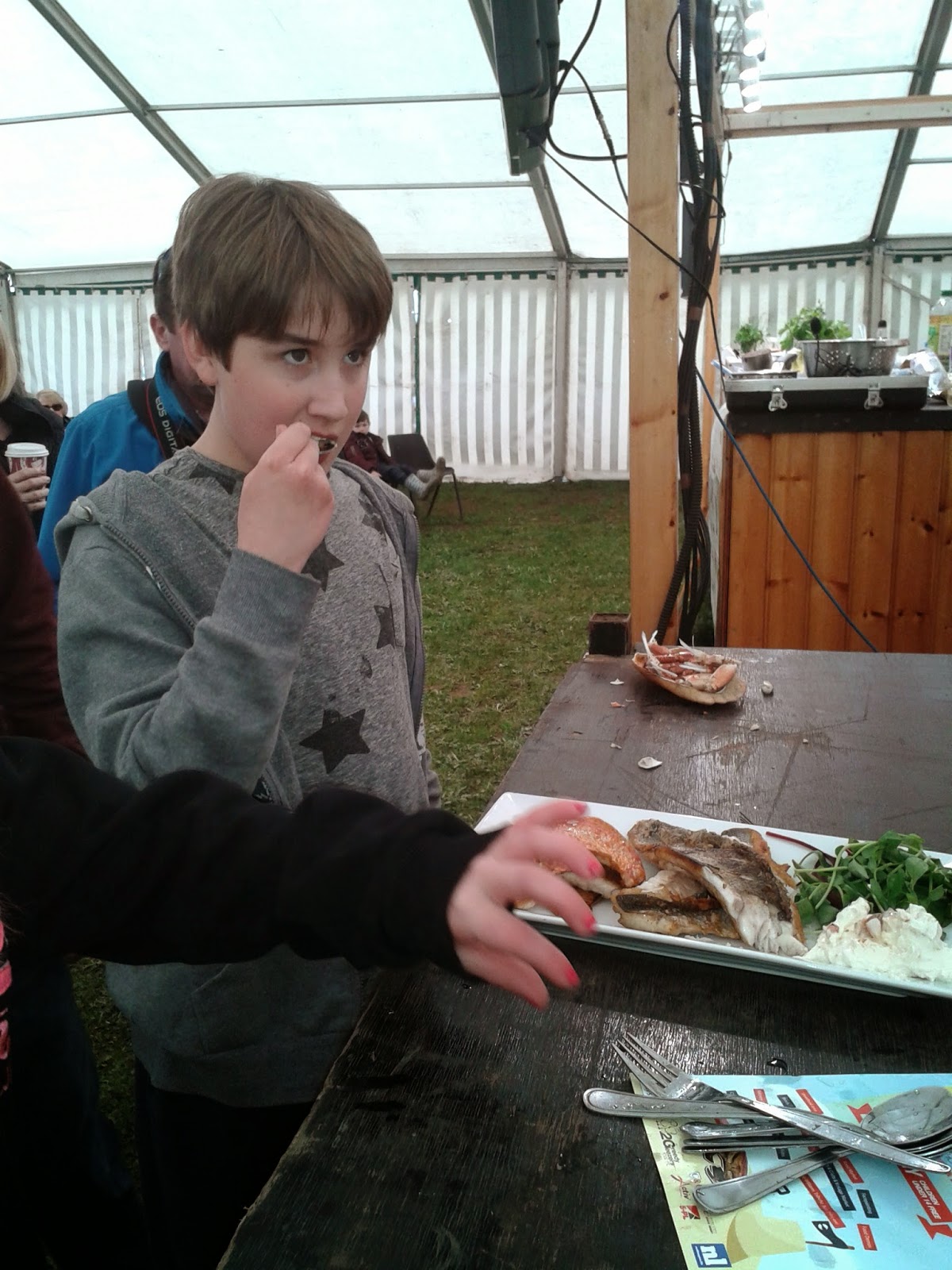 We enjoyed some aqua zorbing. Kenzie has a bit of a fear of these The sound and feel of the air being pumped in to them panics him. He was super brave though and overcame his fear. So much so that he had a second go!
I love how he looks like Superman in this picture! 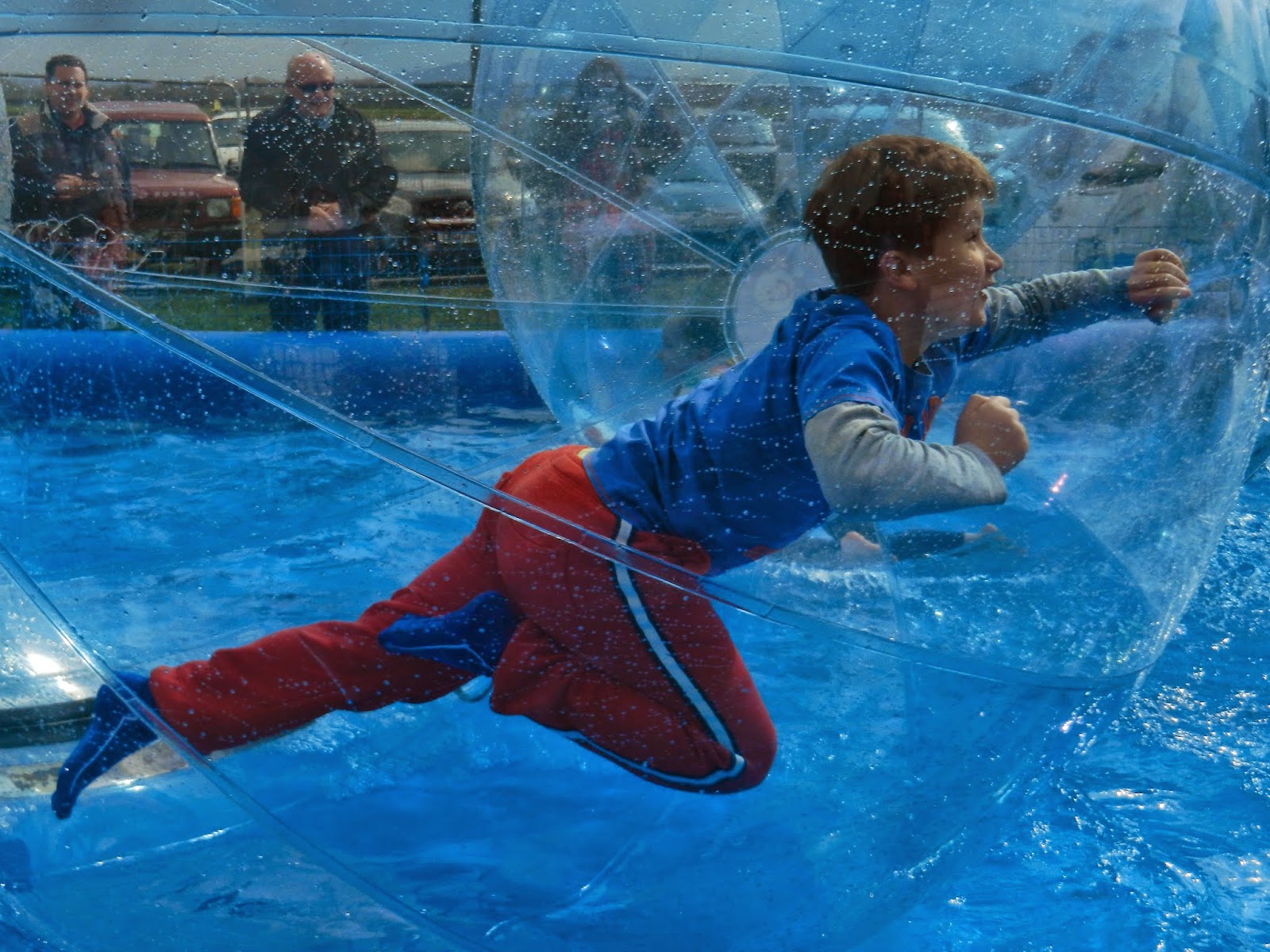 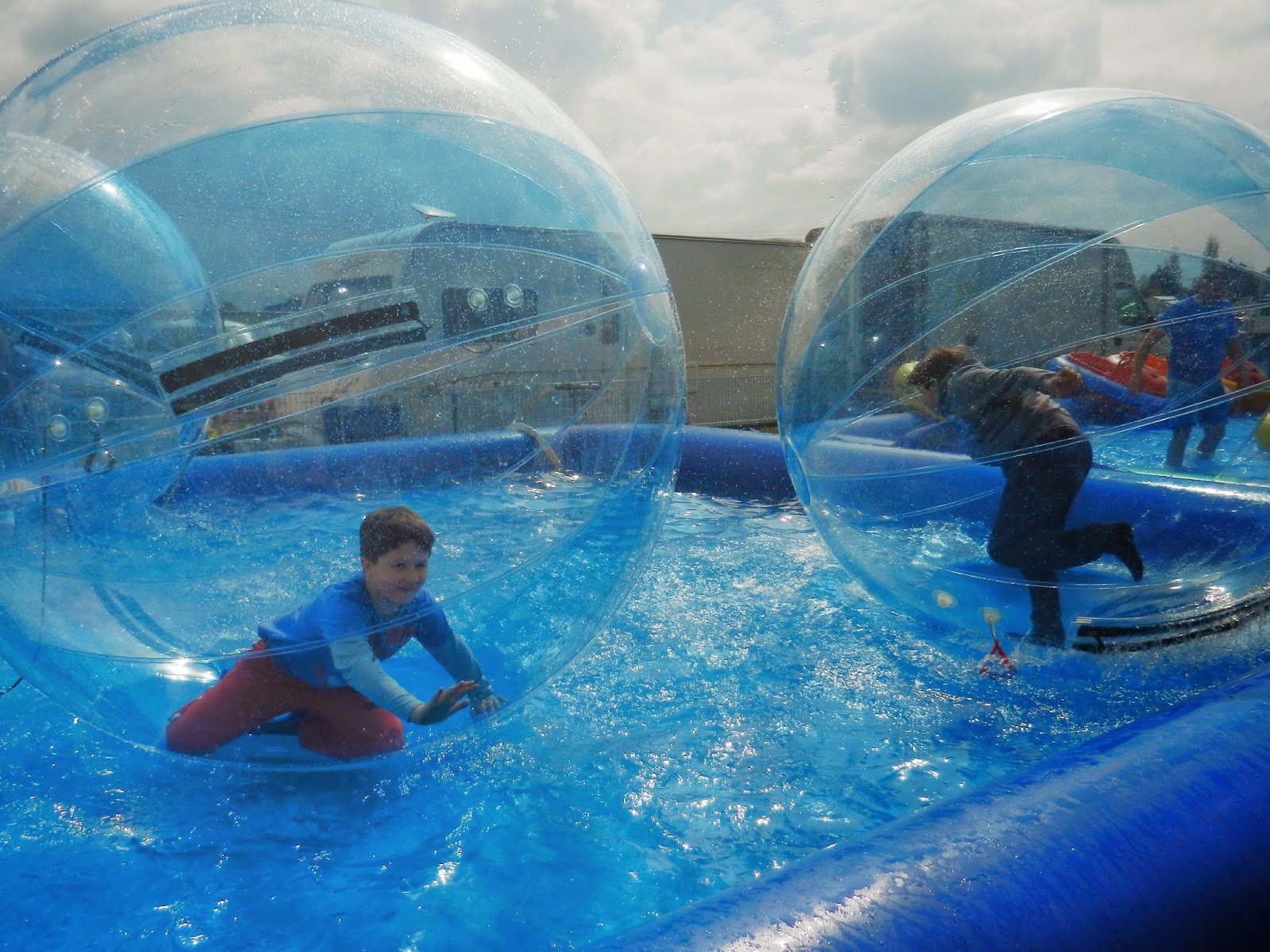 There was a man showing Ferrets. The boys have never seen a Ferret so that was a new experience. They both thought they were very cute. Smart creatures! 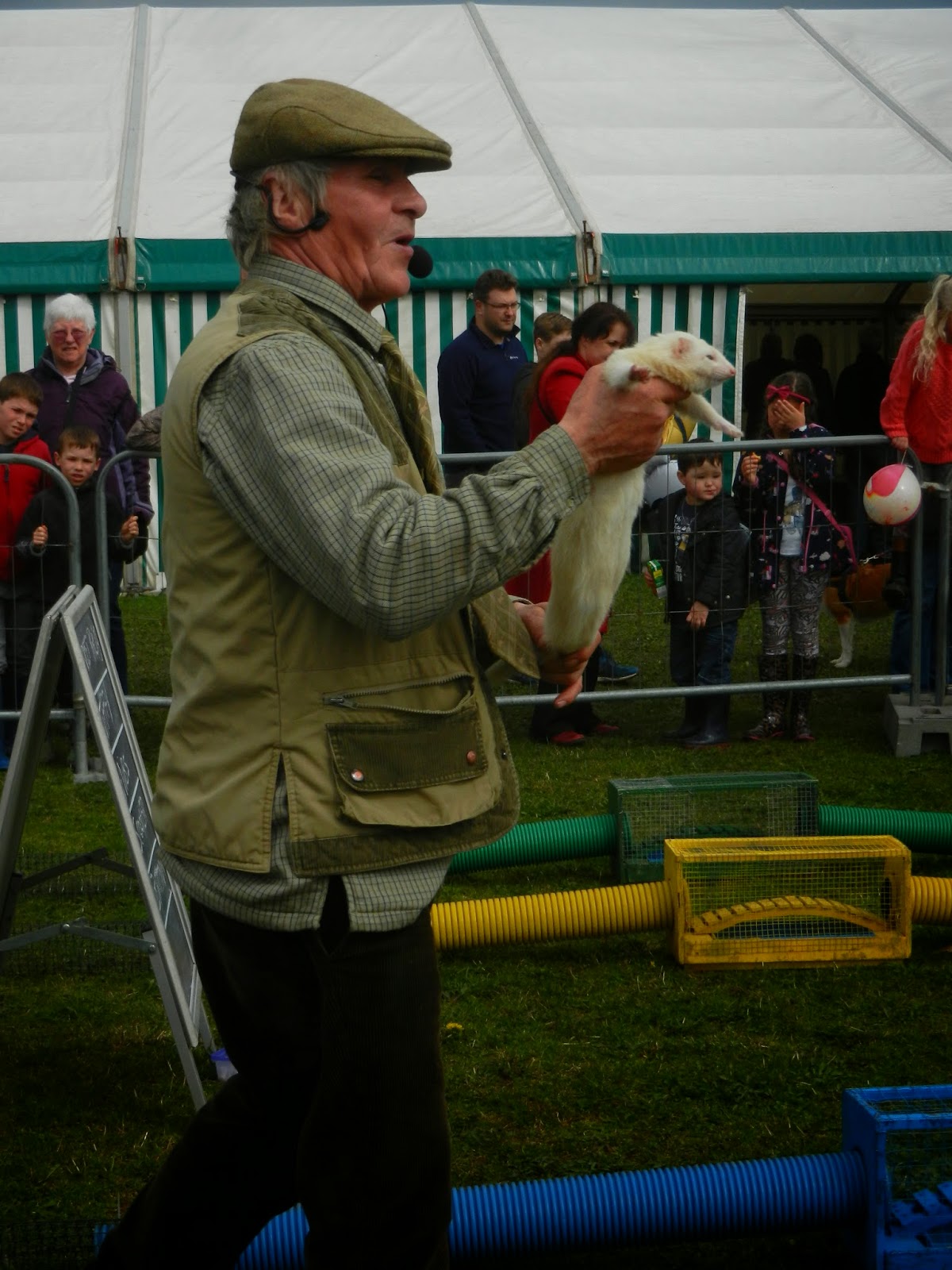 We had a little flutter on a Ferret race, Brendan’s Ferret won. Mine and Kenzie’s decided to just sit in his tube! 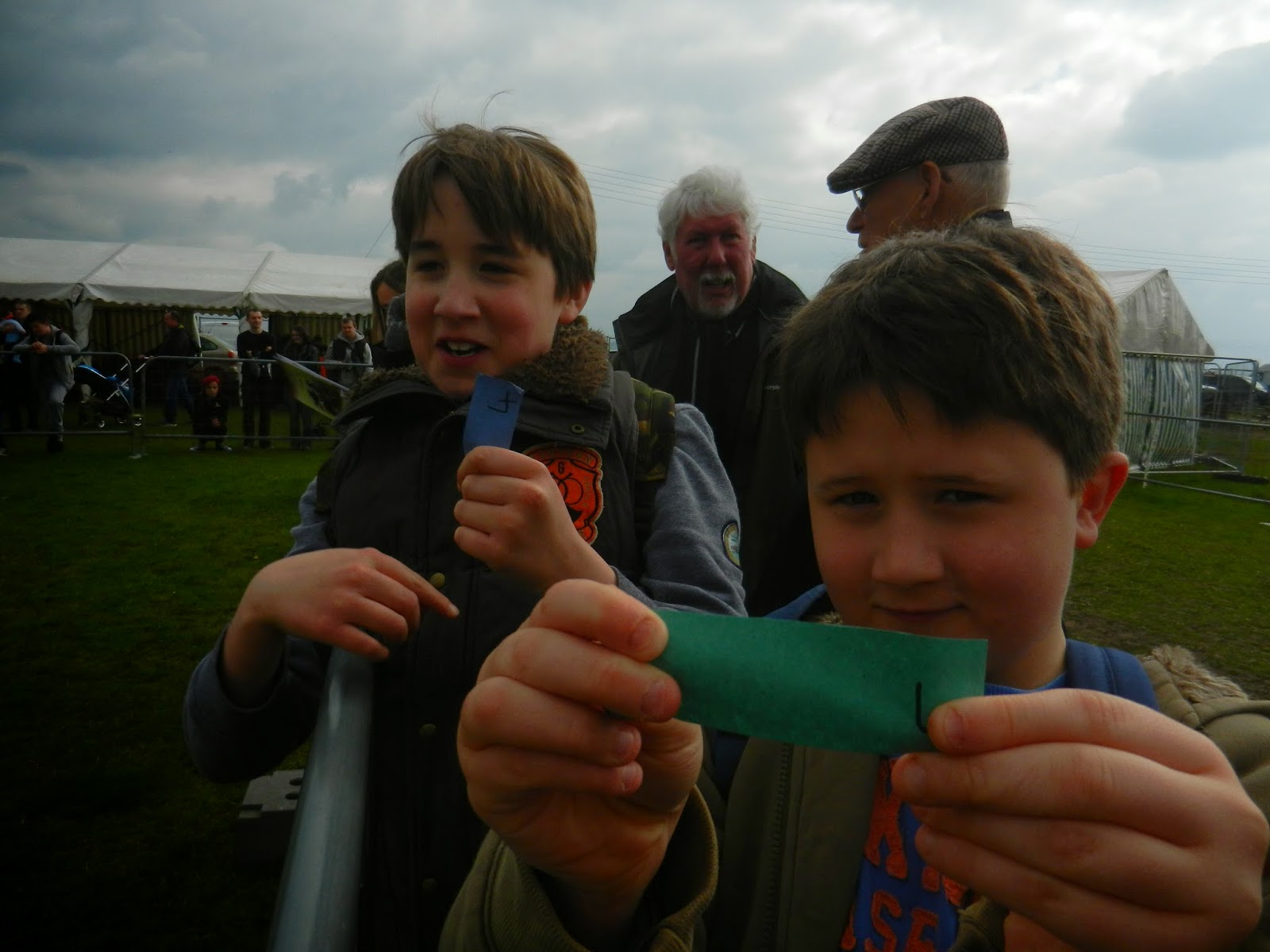 We also decorated some pottery. It was nice to have a sit down for a little bit! 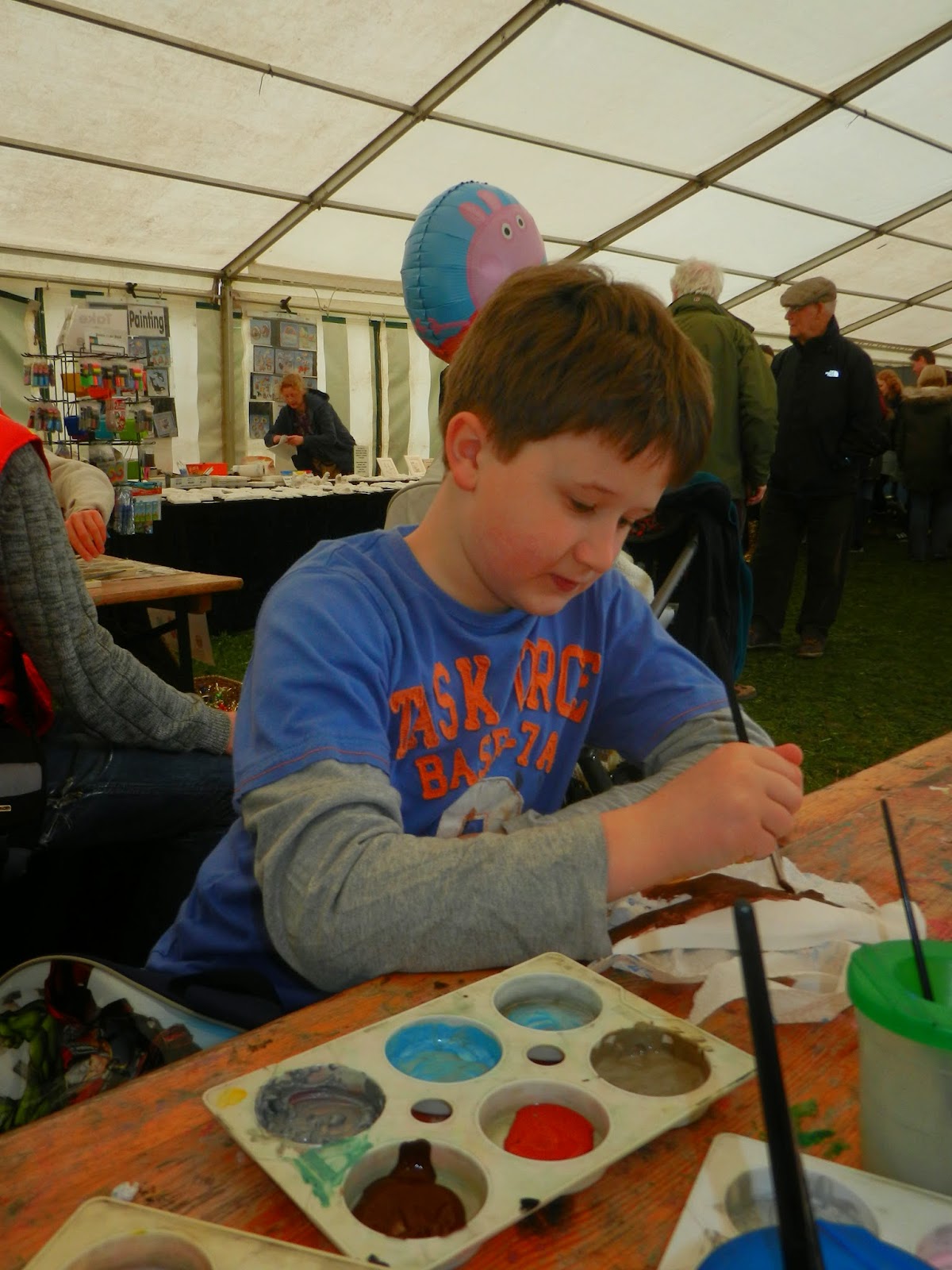 We also enjoyed a glass blowing display and watched the woman make the most beautiful “sea” inspired jug. 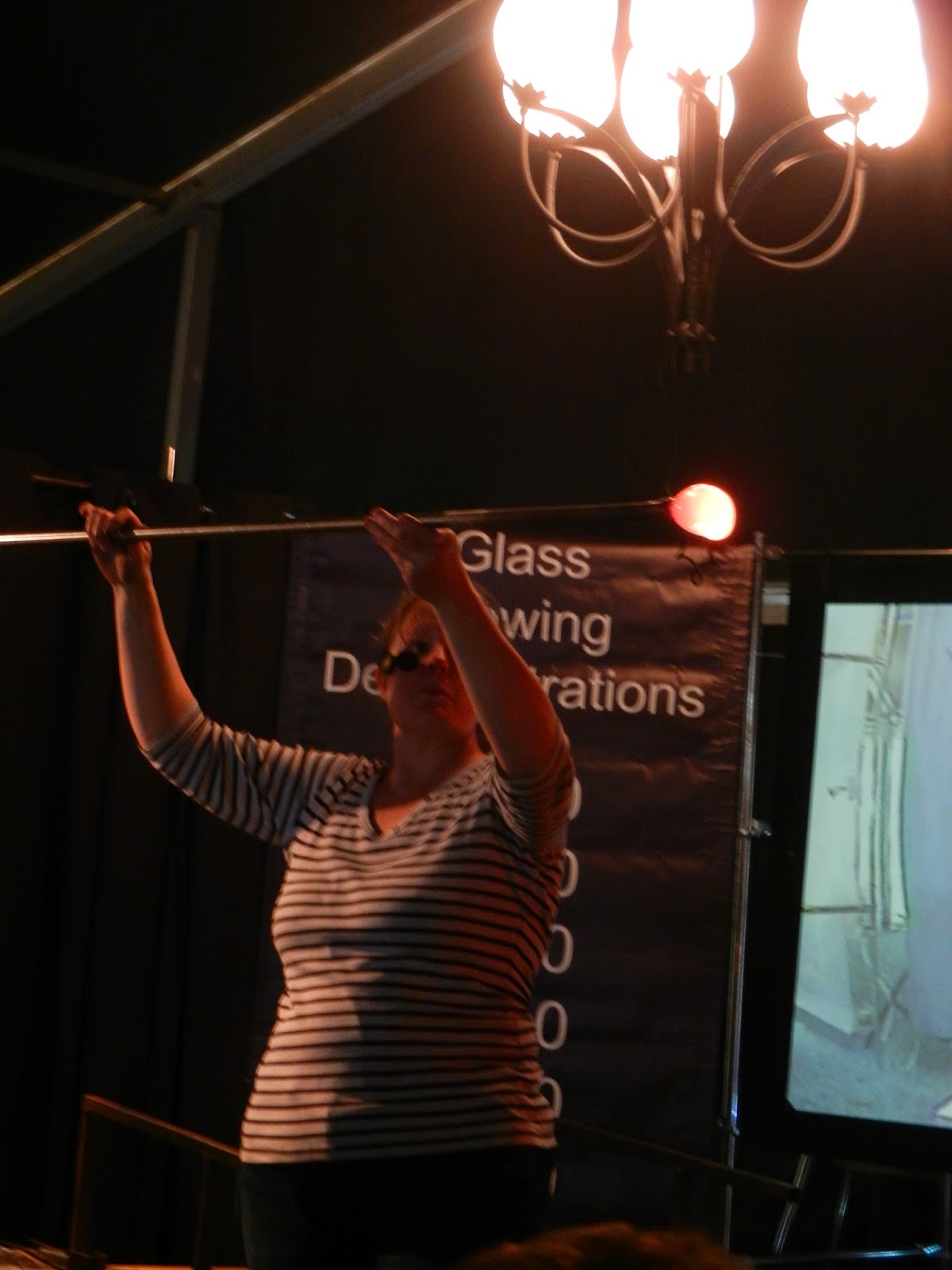 Brendan fancied trying pot making on a potters wheel. He did very well. The woman helped to keep it strait for him. 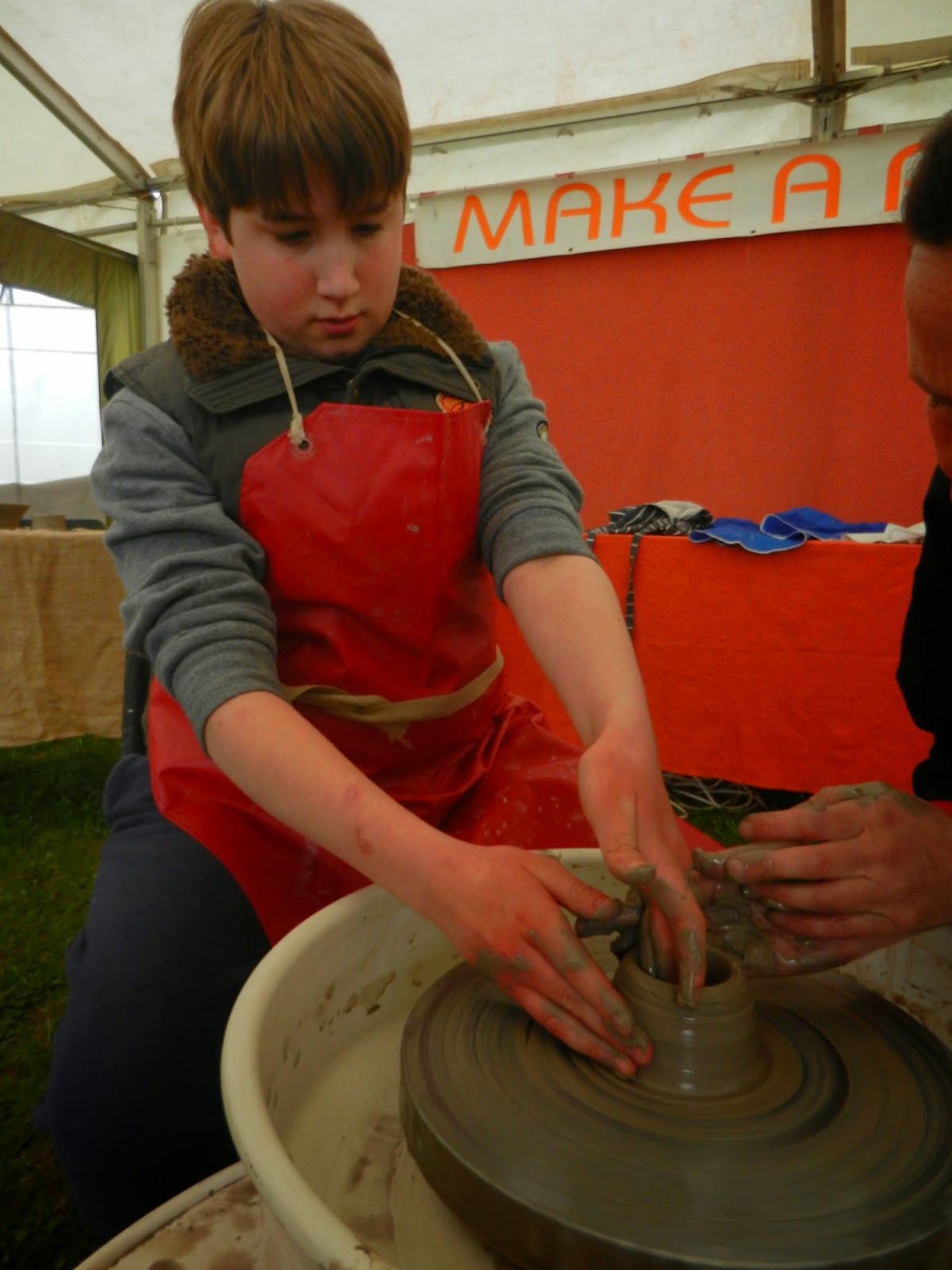 We watched some dog shows and watched a friends dog doing some retrieving of weighted dummies. She did very well. We also got to meet these big softies.  Otter-hounds! Apparently they are a dying bread 🙁 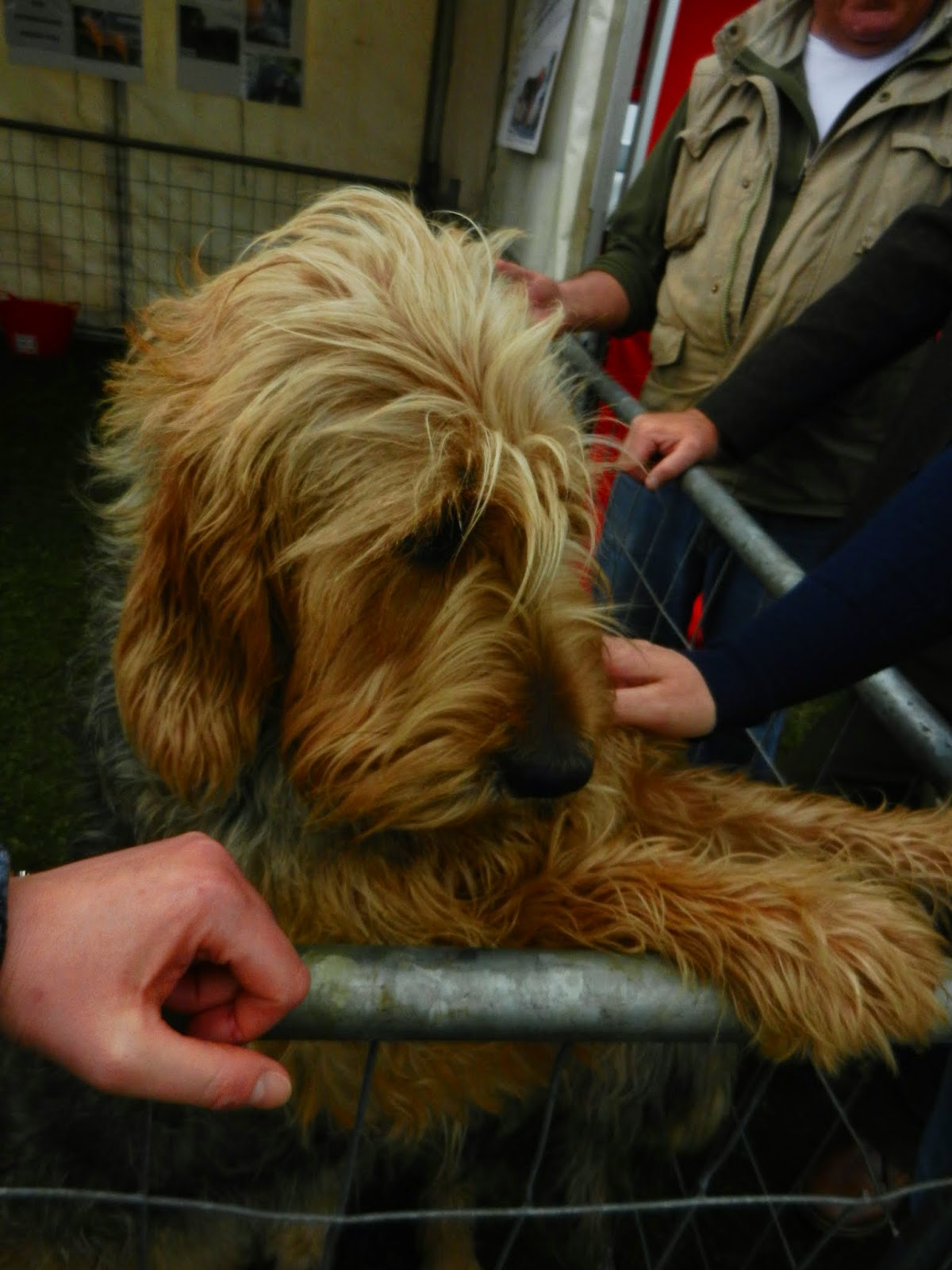