Today we tried out our new Polydrons and little “X” asked me if I could build him a car. He had noticed that the new kit had wheels and as he loves cars, it was the most obvious request! The Polydrons are easy for little ones to click together but much harder for them to build 3D structures with. 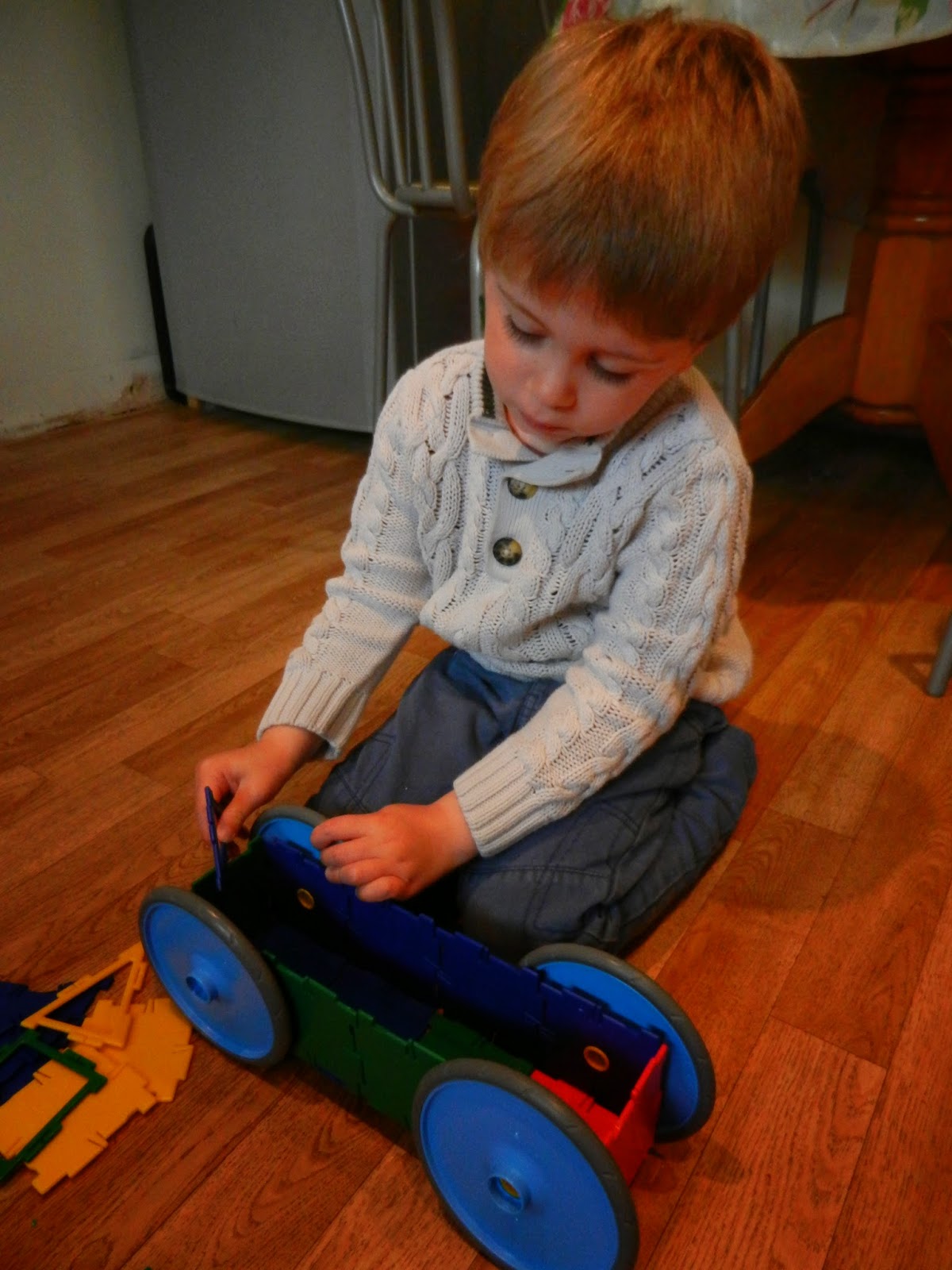 Whilst I was working on his car we talked about the shape, length, where he wanted the windows, did he want the back open or covered. There was a lot of working together and sharing of ideas. 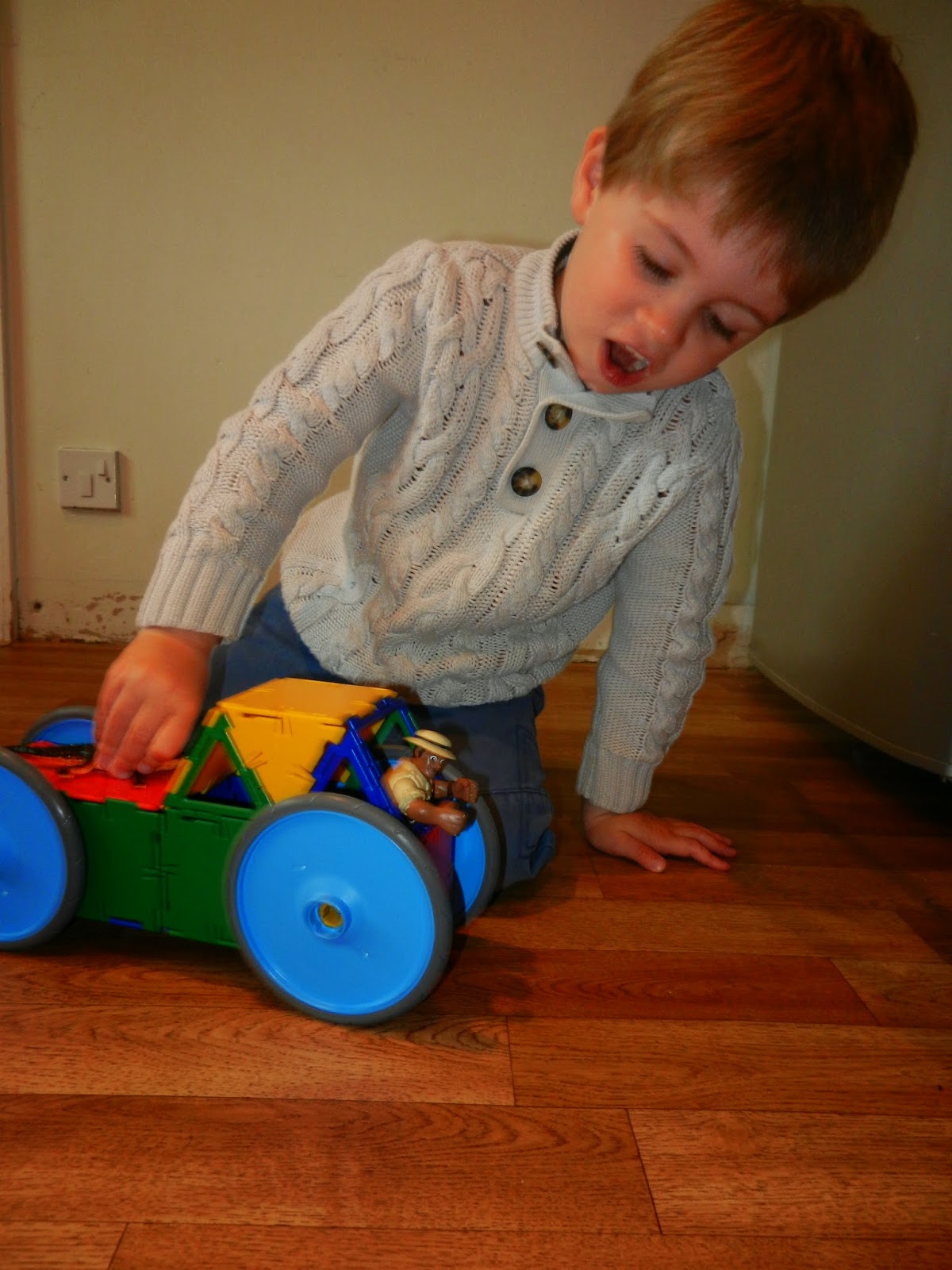 We made it in to a Safari truck to carry around all of the wild animals. “X’s” other favourite toy! After making the back of the car closed, he decided that we needed the back open so he could put the animals inside. 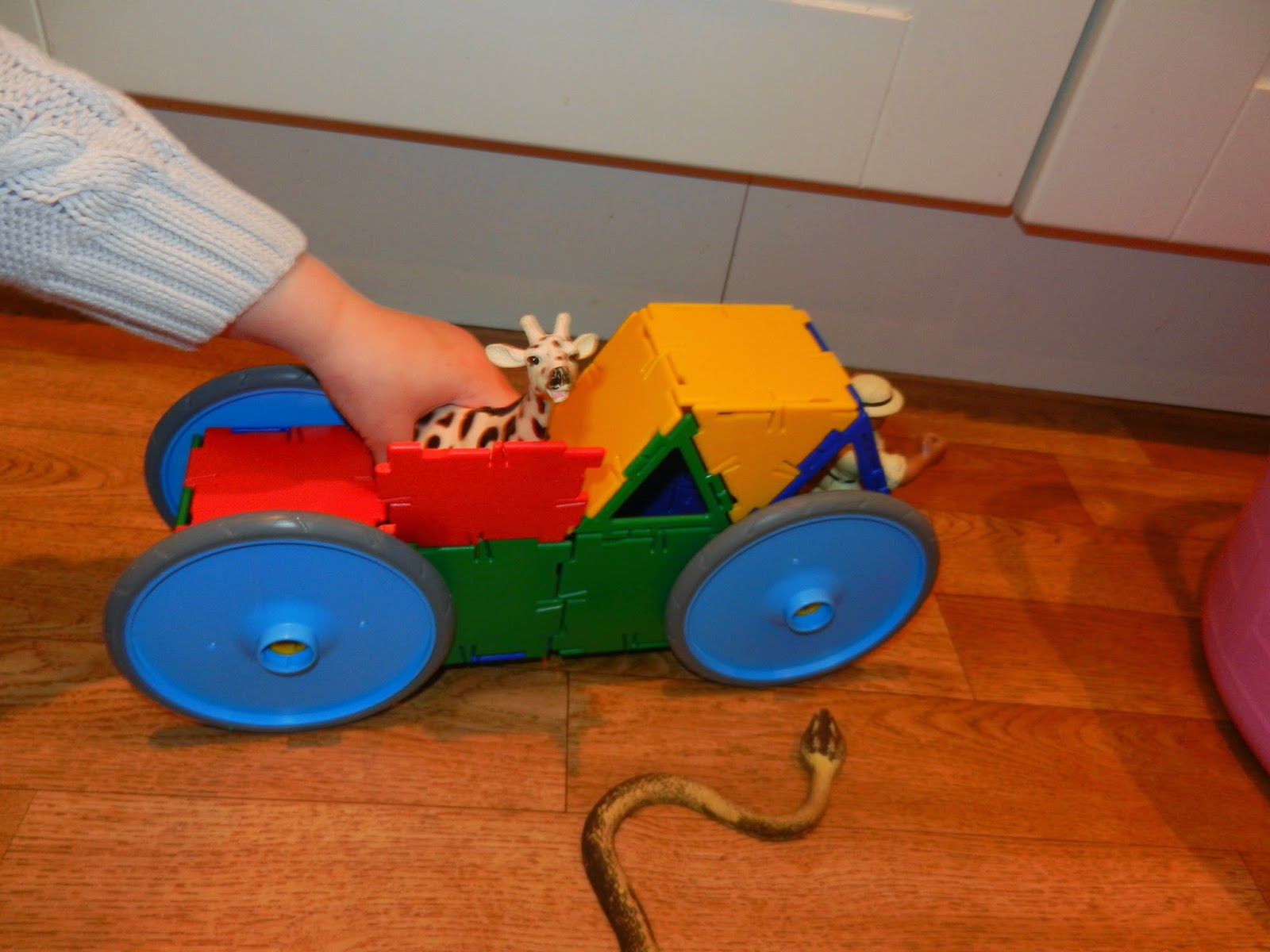 After about half an hour, I offered to make pens for all of the animals using the Polydrons. As I made them, he filled them with family groups. Grouping all of the animals together. He talked about the mummy and daddy animals and the baby animals. Animals that were similar but with differences were friends, like the alligator and the crocodile. 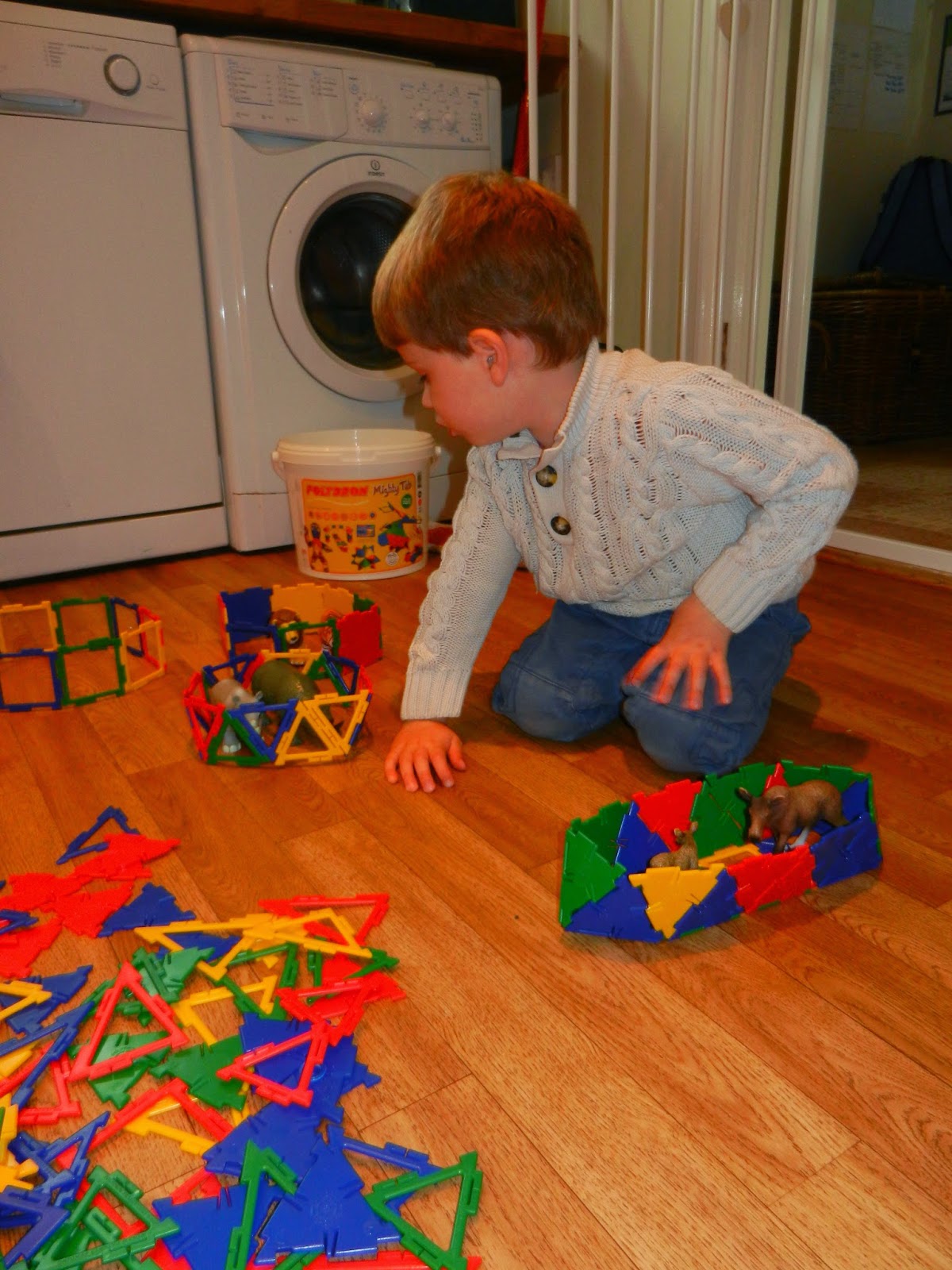 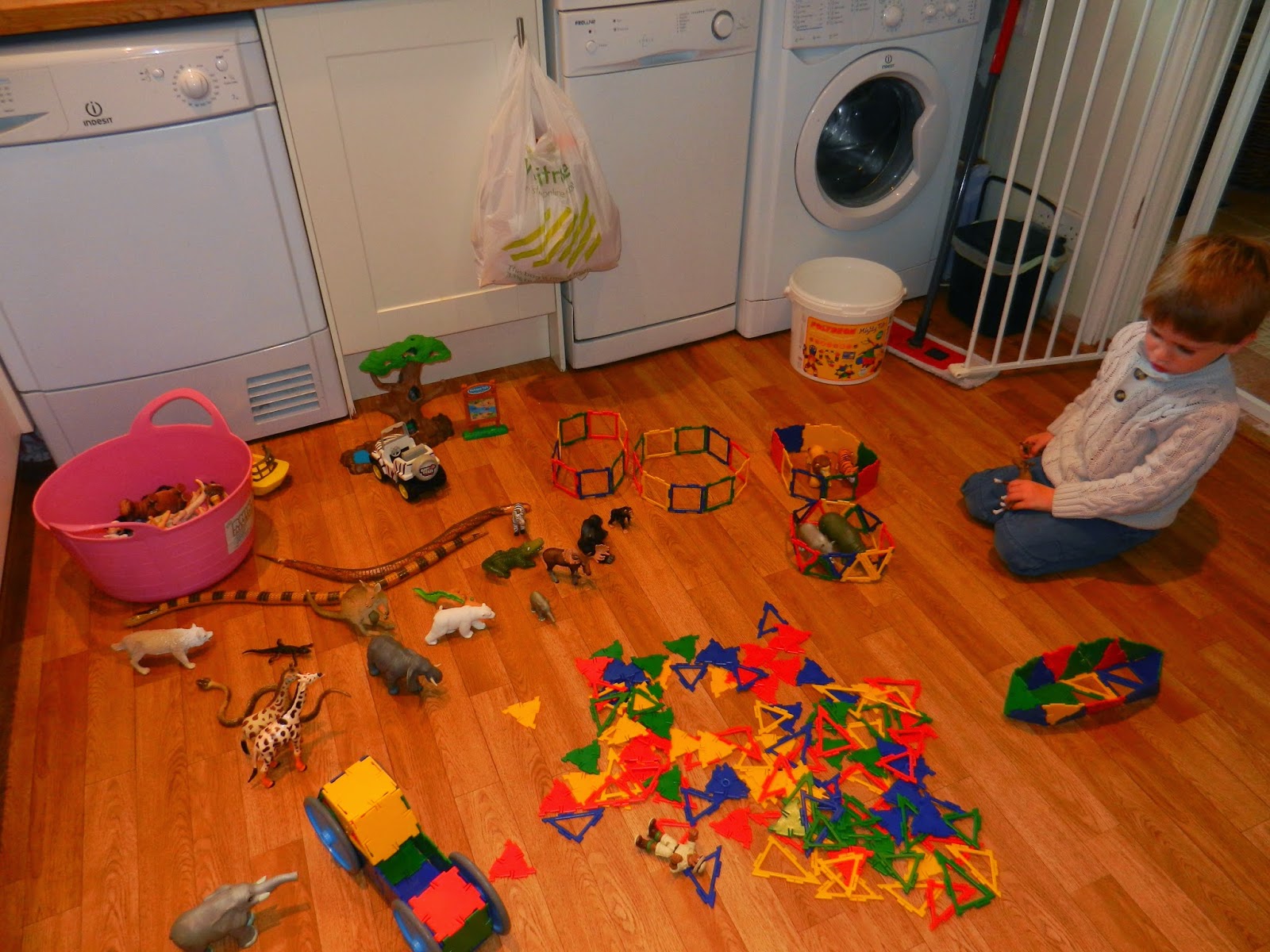 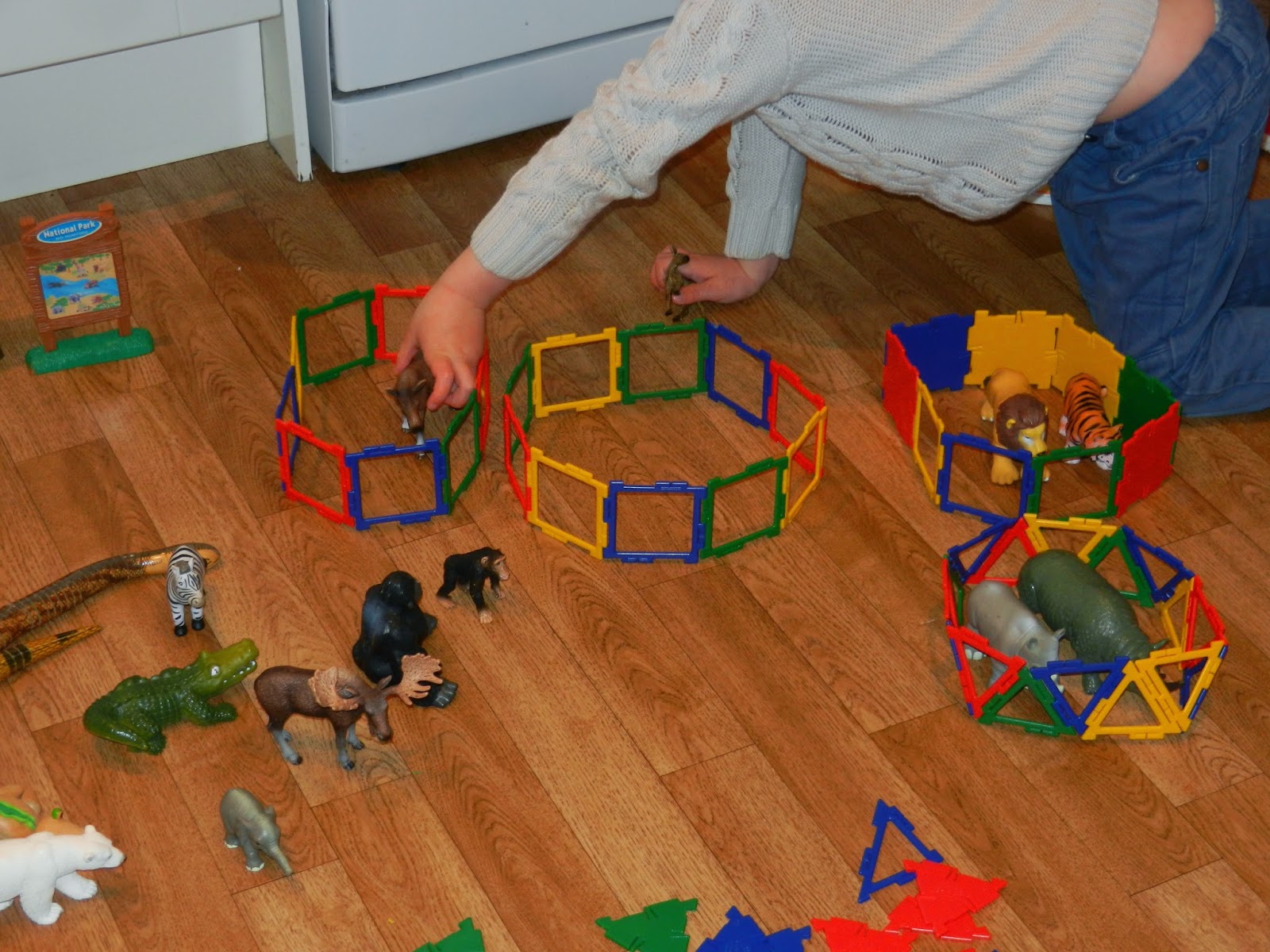 LEARNING INTENTIONS AND IDEAS FOR EXPANDING LEARNING:
To continue to offer lots of opportunity for construction play and ensure there is a wide variety of open ended resources and loose parts for “X” to use in his imaginative play and small world play.
To offer the Polydrons again and help “X” to build simple 3D shapes such as cubes and pyramids.
CHARACTERISTICS OF EFFECTIVE LEARNING:
Little “X” Showed a real interest in the Polydrons and added other items from the playroom to extend his enjoyment of them. He became engaged and focused in this open ended play and shared his ideas for the design of his car. He communicated them articulately and helped to re-think the design if we could not make it they way he wanted. He showed his own interests by asking for a car to be built and selecting the animals to be incorporated. He showed intense focus on this play activity for over half an hour. Motivated by his interests and enjoyment. He showed a well developed ability to group and sort, understanding of size and sequencing.
Today’s play, meets the following EYFS Prime and specific areas