We have been working hard in our outdoor learning area. There are several jobs that need to be done this year and one was rebuilding the bug hotel. Local people have been kindly donating items over the past month and this week’s Forest School session included the rebuild.

The children from as young as 24 months up to 5 years old worked together to build each layer up. Collecting items from the tarp and carrying them over to the bug hotel. Piecing them together so that each layer was well stacked. We discussed what might move in and how different items would appeal to different creatures. Such as bamboo for solitary bees to live in. While we moved things we found lots of different insects that were rehoused. .. not sure if they  wanted to but they were!

The strength shown and careful, safe lifting of heavier items can sometimes be removed from children’s activities due to worries about the risk of dropping something or getting hurt. But children understand that heavy things need to be handled carefully and should be given the chance to manage the risk. With careful adult supervision. Even the 30 month olds judged which items they could manage for themselves. Testing the weight before trying to carry it further.

Within 2 hours the children had created a fantastic place for our bugs to live! Recycling items that would have ended up in landfill! 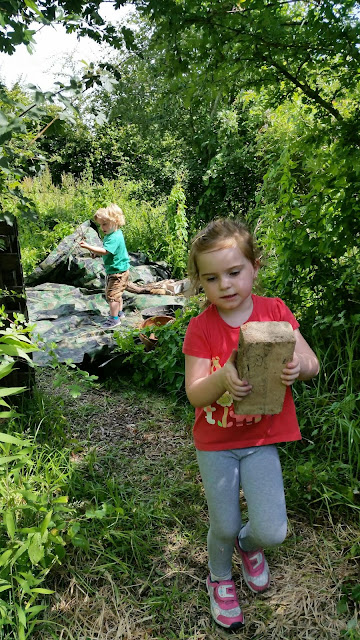 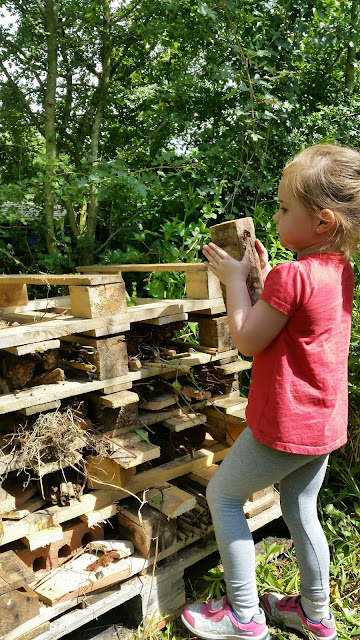 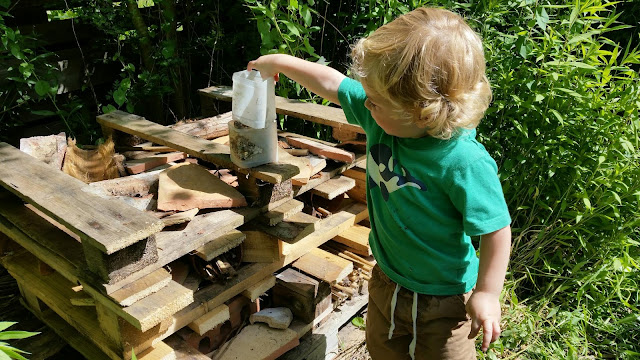 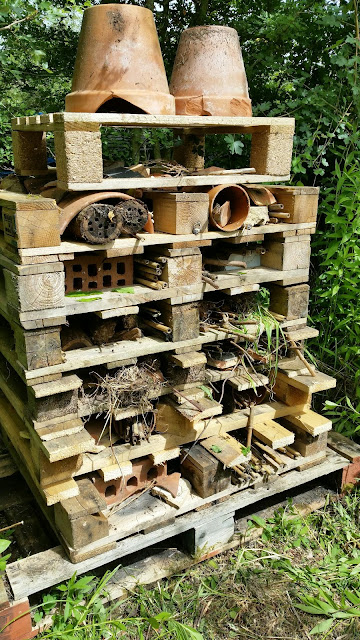 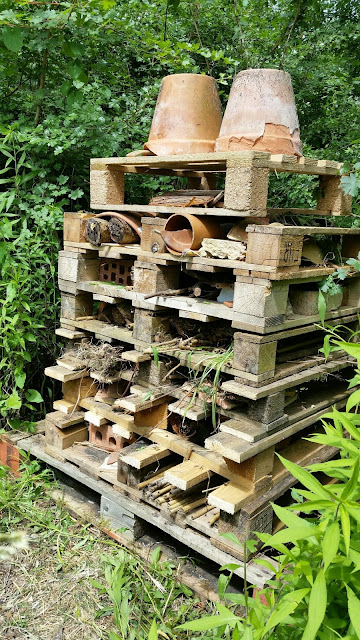