I sat and thought long and hard about this. I wanted to pick a Villain and a hero that were from the same film or show. But I really hate all the Villains I have watched. I know that is the idea but I wanted to think about a Villain that is  good at making people feel sorry for him.
I am a bit of  push over and like to see the good in people. I am often warned about people but I like to make my own judgment and more often than not I give them the benefit of the doubt and end up totally taken aback by their actions. What amazes me the most is how people like that have the ability to manipulate, make you feel sorry for them, make you like them and believe there is more to them than others tell you! Inevitably they show their true colours but through it all they are convinced they are the ones wronged and so their fate is sealed. They become the baddy!
So with this in mind I wanted to think about a villain that through his screen time has made me like him and feel sorry for him. To see the good in him but then see him turn against everything and everyone. I want to understand why people have given the villain a second chance or the benefit of the doubt. It has to be believable.

That is when it struck me. Smallville’s Lex Luther. One minute I loved that man and felt sorry for him to be pushed around by his father and hated by everyone. The next minute I saw the true Lex and wanted to tell everyone to not trust him. But as quickly as my mind changed he would do things that made me warm to him again. He manipulated me time and time again as a viewer and I could totally believe why he was fooling everyone in the show. (apart from it being the story line of course). 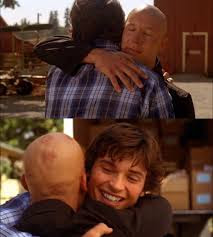 On the flip side Clark Kent was a much better character than the version I was used to seeing in the films. I saw his struggles with saving people and standing by his “no killing” moral line. Seeing how he grew with emerging special powers and having no one like him there to advise and guide. But he came good and his Earth parents did everything they could for him. The polar opposite to Lex in every way.
He wants to see the good in Lex and gives him friendship and chance after chance.
Eventually things get too bad and they fall in to their roles of Hero and Villain. 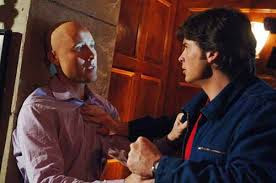 Who are your favourite villains and Heros? What is it about them that made you choose them?