Amphibian Adventure day at the BBOWT nature reserve not far from us! We do love creatures and this time of year is fantastic for finding newts and frogs. We have some tadpoles in the nature pond at home and can not wait till they get a bit bigger so we can observe the changes!
The girls love a bit of crafting and got stuck right in to making a Lilly pad for their amphibian friends to sit on! 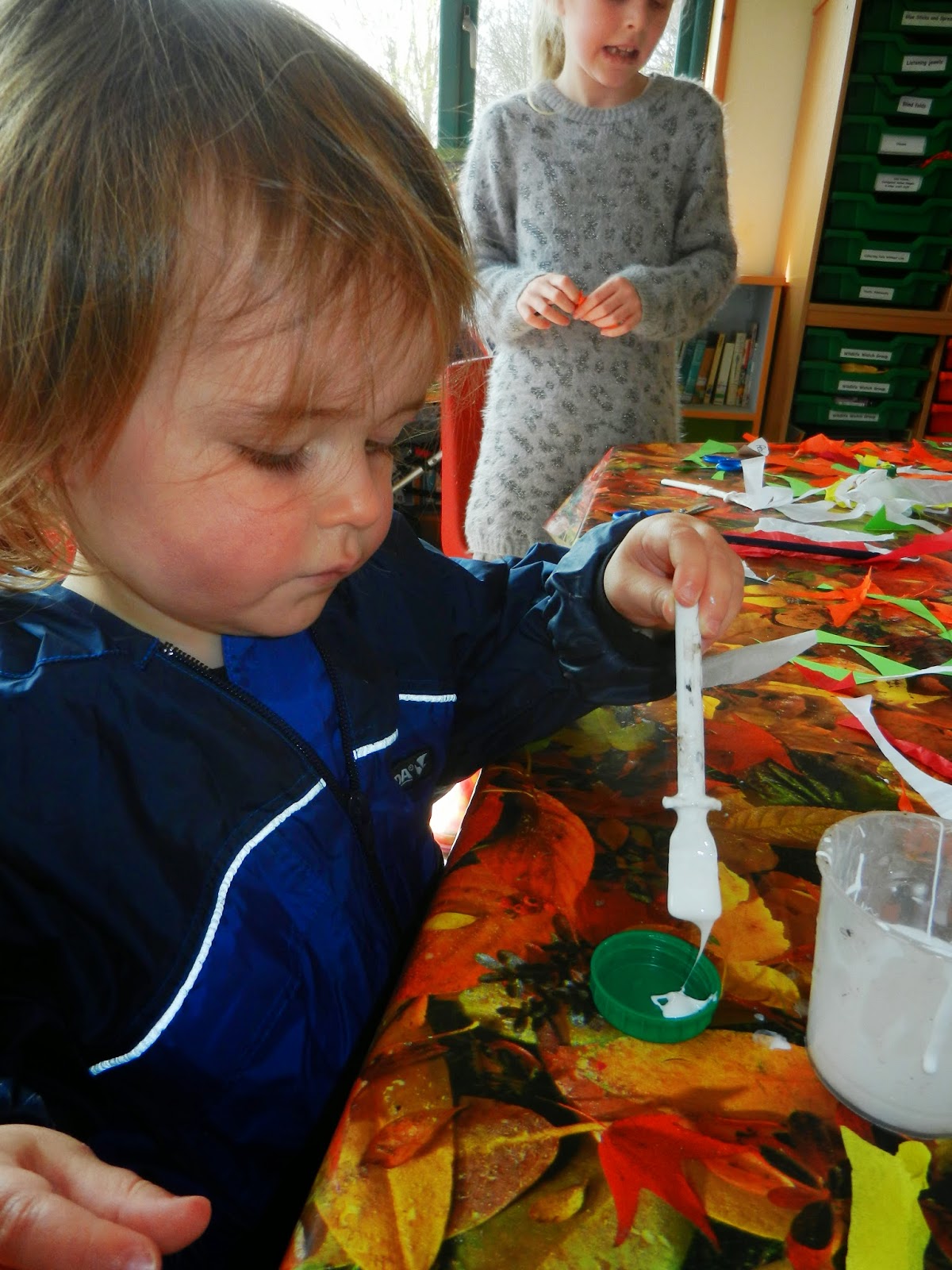 They then moved on to the hopping frogs. Origami frogs which jump when you push down on their back end. Great folding practice which is something I have noticed a few need to work on. Lining up the edges and then folding the middle at the same time, without it all moving as they do it. 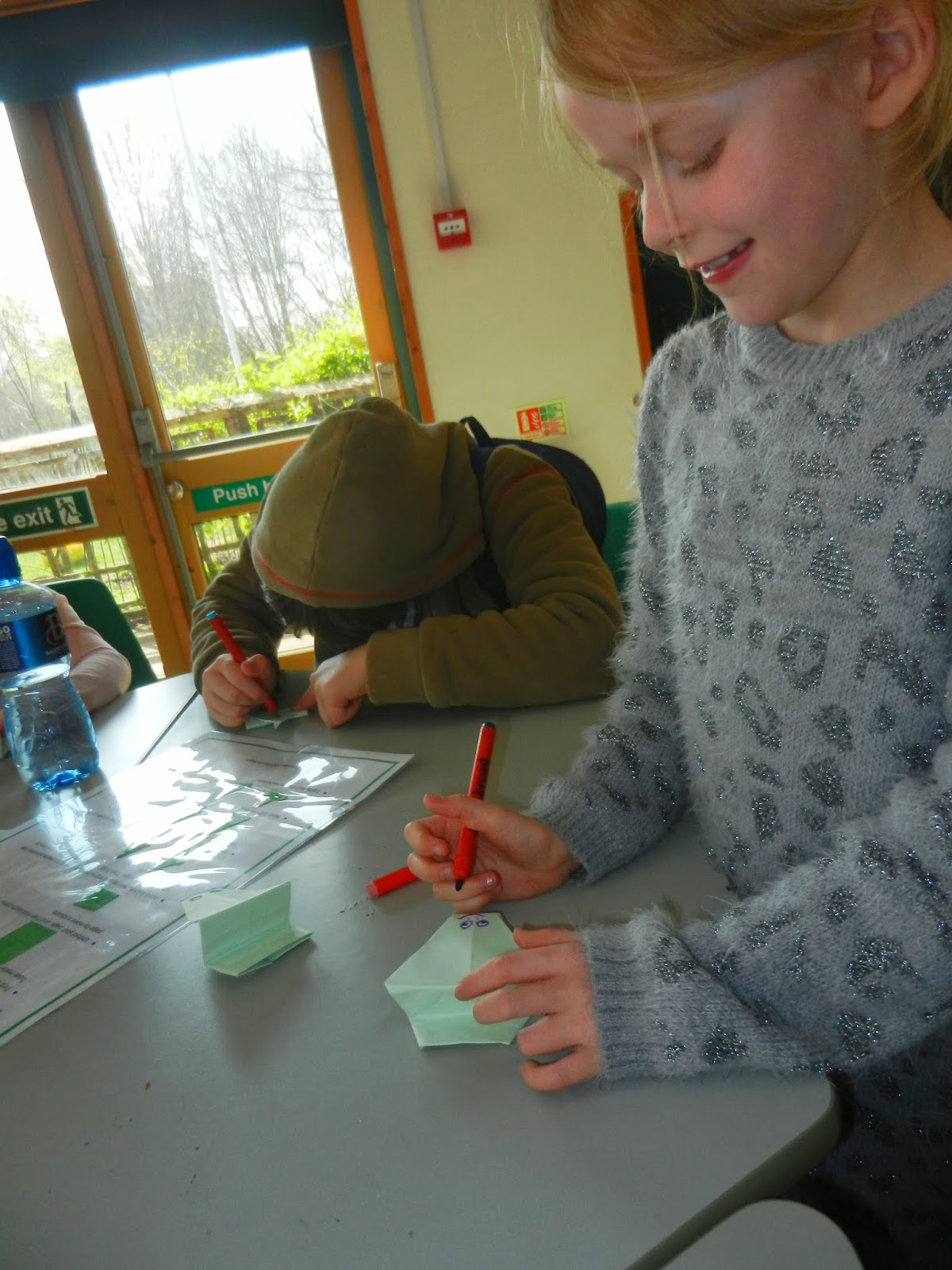 The center had set up some lovely activities to try out. They gave each on a try. This was making Dragonfly’s out of pipe-cleaners and beads. “R” made one for little “M”. 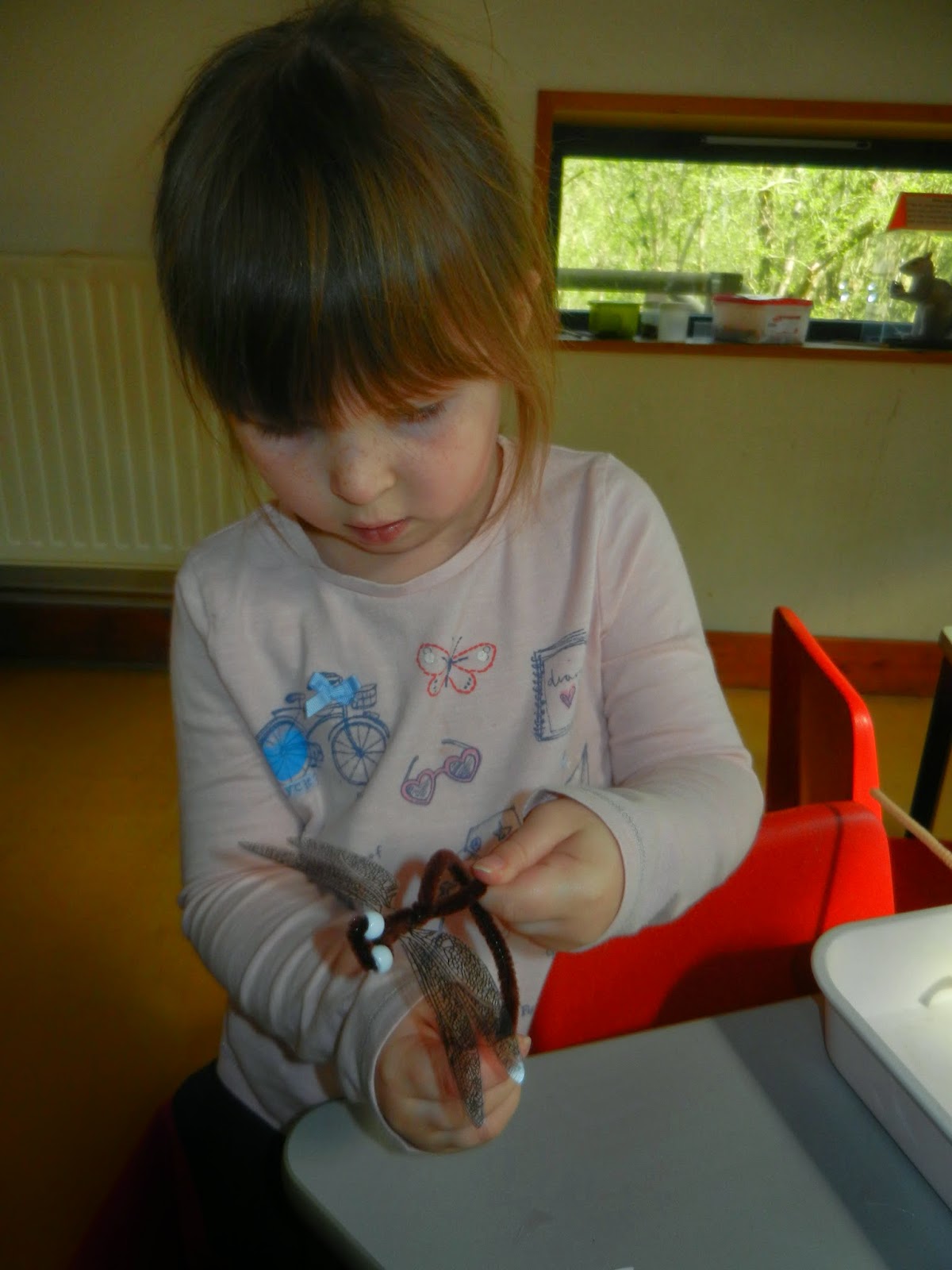 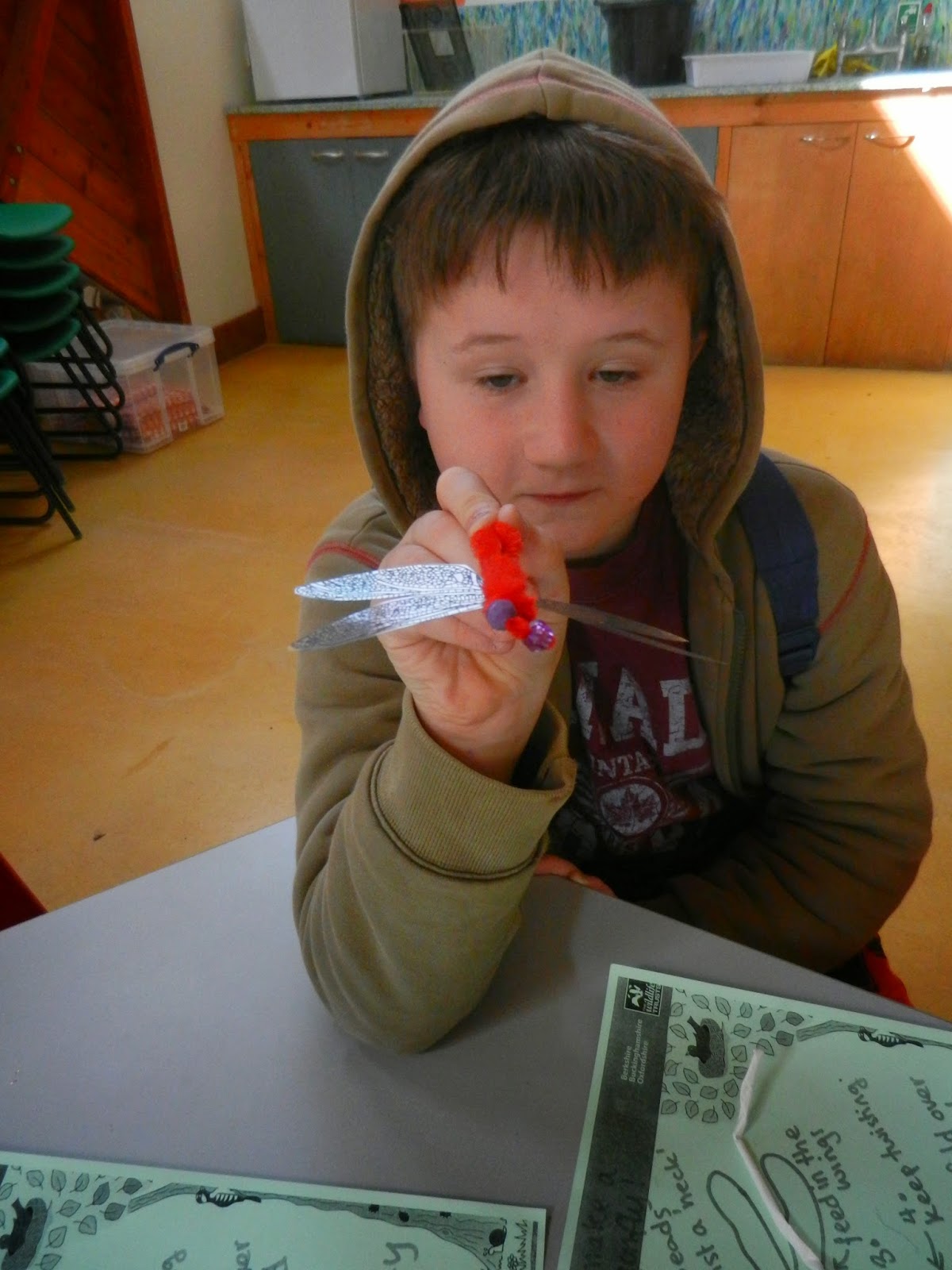 Brendan and Kenzie fancied looking at the Tadpoles more than the crafting. They were experimenting with different numbers of magnifying glasses to see if it made a difference to how magnified they could make the image. That’s a great bit of self initiated learning right there! 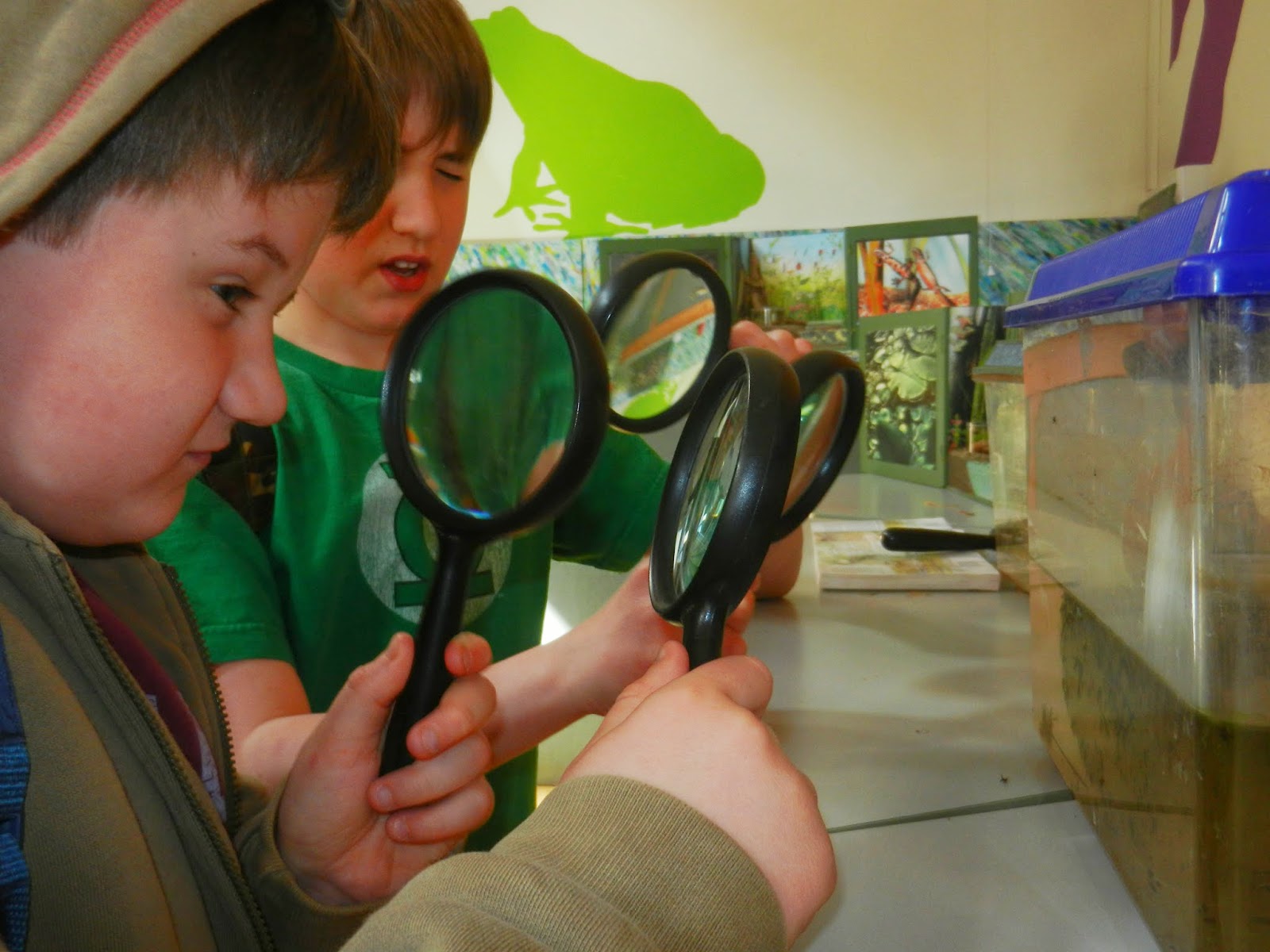 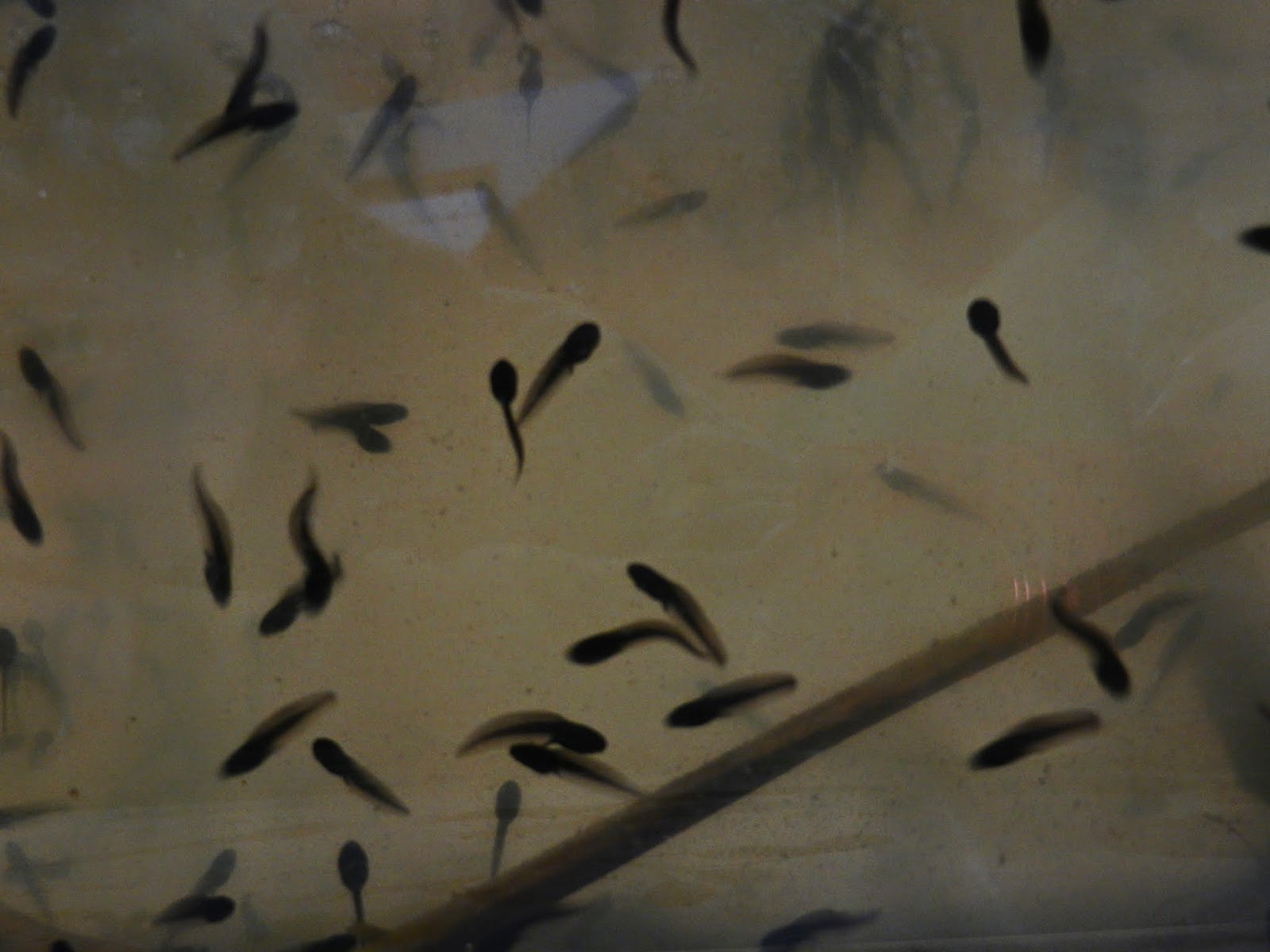 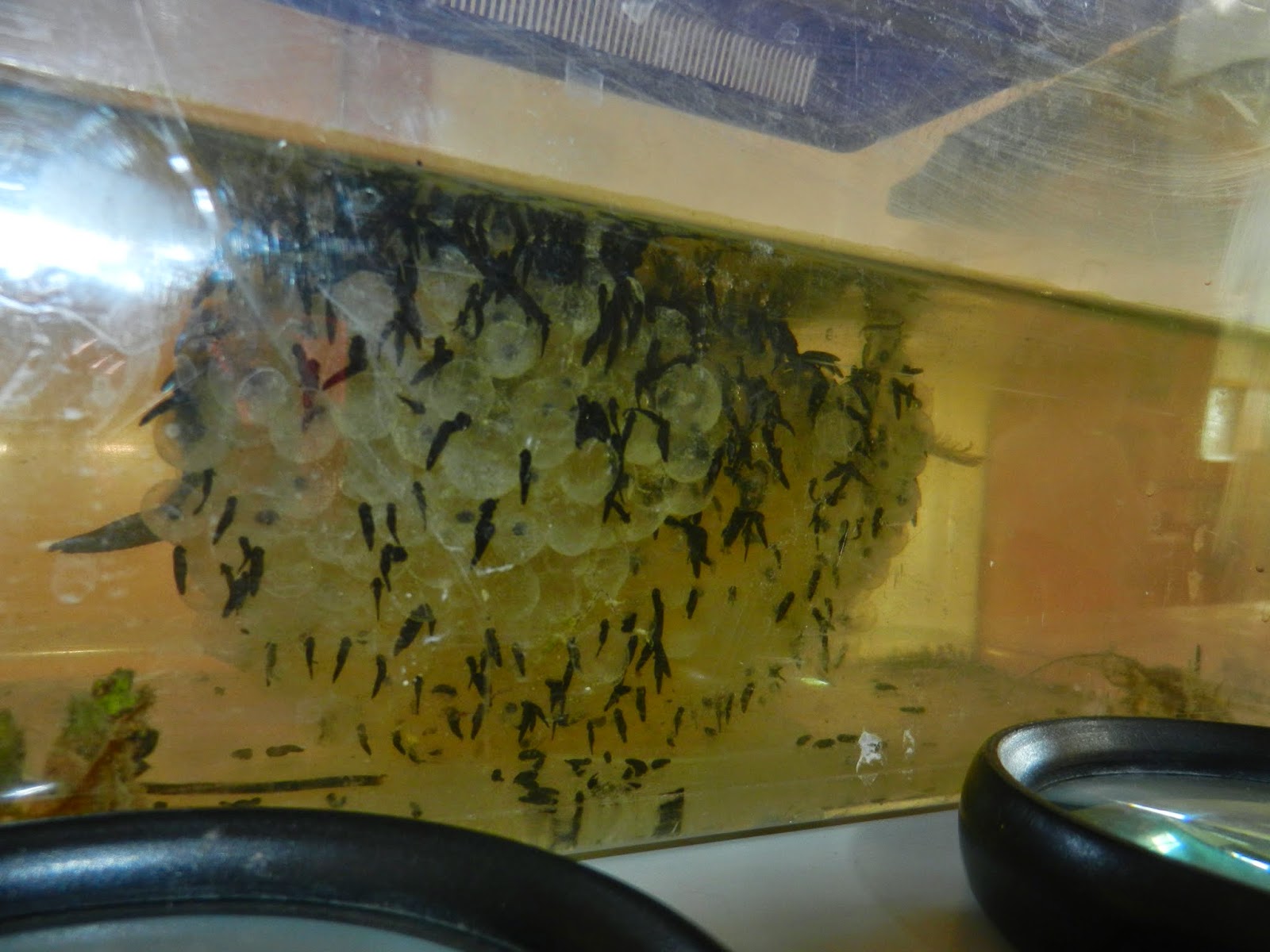 The staff at the center went out early to see if they could find some Amphibians to pop in tanks for the day. The heat outside meant it was very hard to see any during the session. This little chap was very cute! 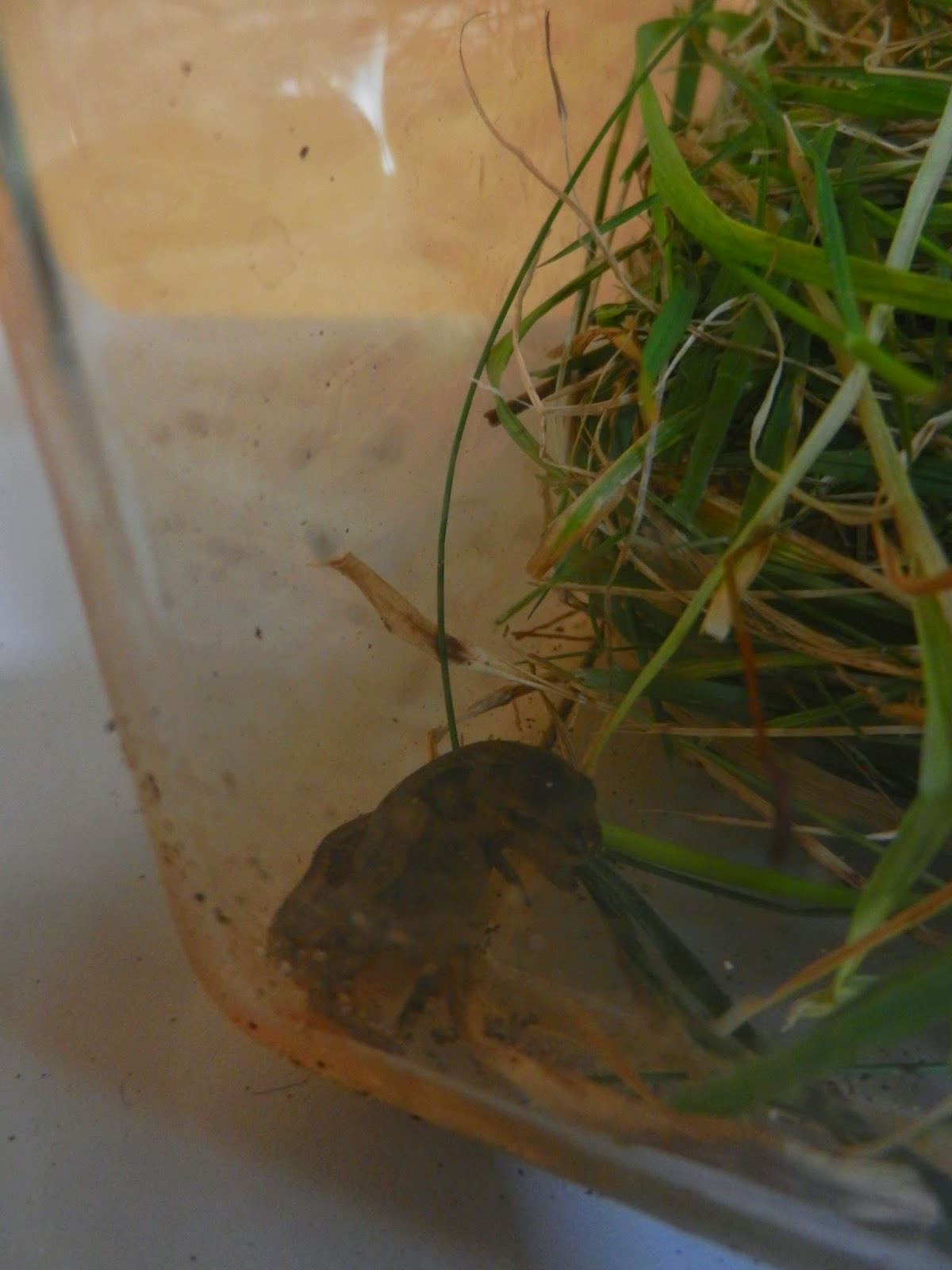 We used the books and wall posters to learn (re-cap) on the life cycle of a frog and the stages of Tadpole to Frog growth.