Today we started the day by making Aku-ba Dolls. These are made in Ghana and worn as pendants around the necks of woman or carried in pockets. It is believed that these dolls increase fertility and help to deliver a healthy baby to the family. There are 3 basic head shapes. A round head calls for a wise baby, a square head calls for a boy and an oval head calls for a girl.
Little “R” and little “I” moulded their clay and warmed it up with her hands. we used my big marble rolling pin to flatten out the clay and then used a gingerbread cutter to cut out a person shape. I thought this would be a much better option due to the girls age. I thought it would make the activity too tricky to get them to mould a human shape and would probably end up with me making the shapes and I did not want to take over their activity. I wanted them to own as much of this as they could. 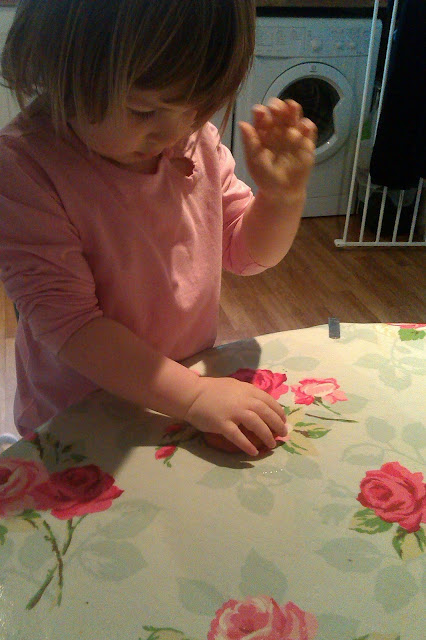 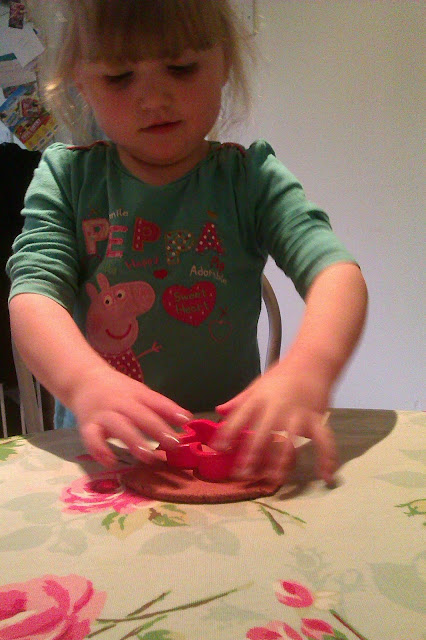 Next week, once the pendants have dried, the girls will decorate them in their own ways using porcelain  pens. Then we will thread them with string and the girls can take them home!

We coloured in some maps of Africa. We talked about what colour the land might be and what colour the sea is. I did tell the girls about deserts and how they might look from the sky. Mountains and rivers but they wanted to stick with green! Once the colouring was finished we added animal stickers. We even added boats and sea creatures to the water. We found Pirate ship stickers and had to add them too! 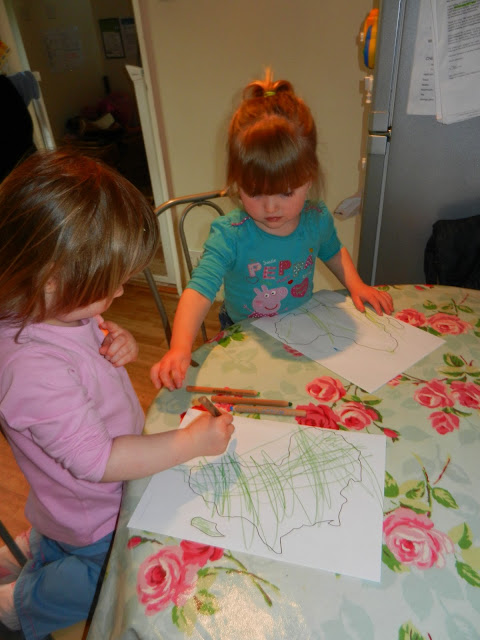 We enjoyed some slot puzzles. I know this is Noahs Ark and not really Africa but it had some African animals in! 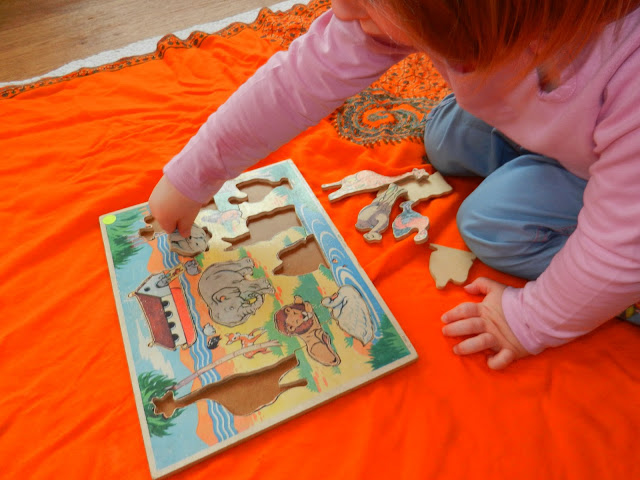 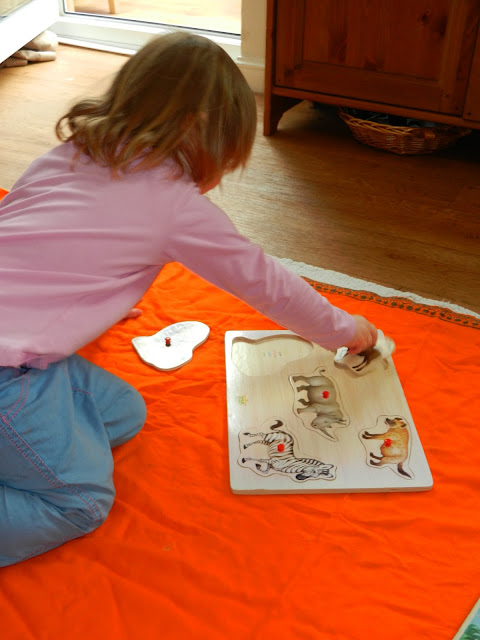 We took out our big board book atlas. This showed us what is produced in Africa, the different countries, rivers, mountains and animals there. 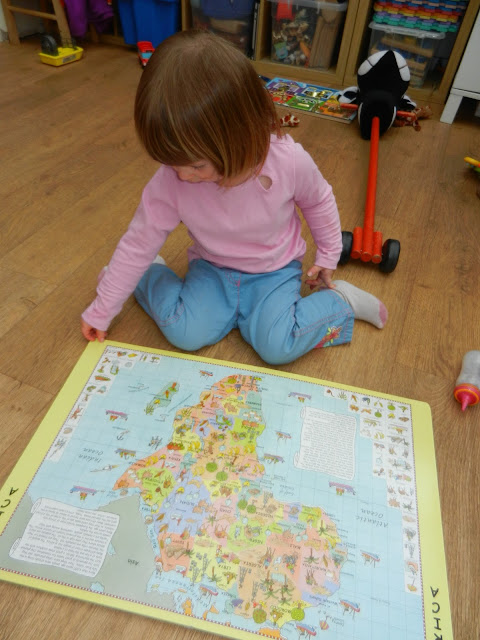 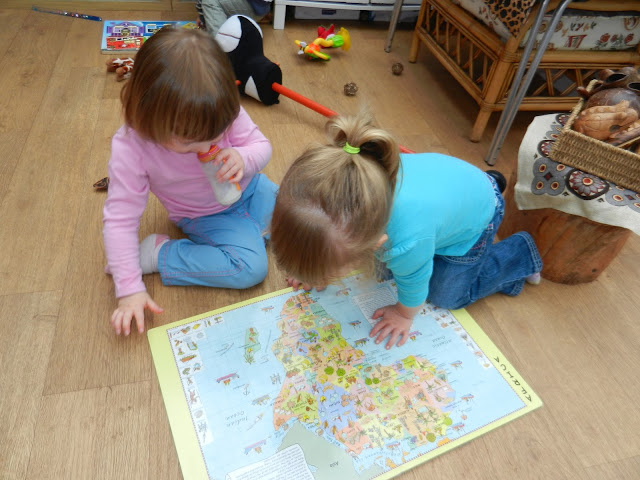 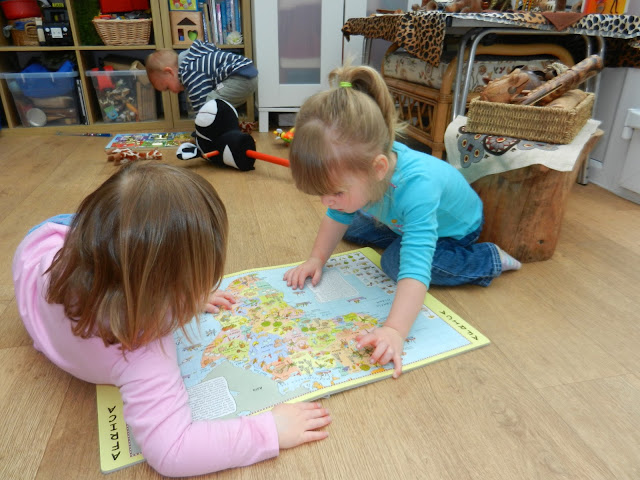 Little “J” enjoyed making sounds with all the instruments. he would shake one and then try another. alternating between 2 at a time and listening to each sound. It was lovely to watch him exploring! 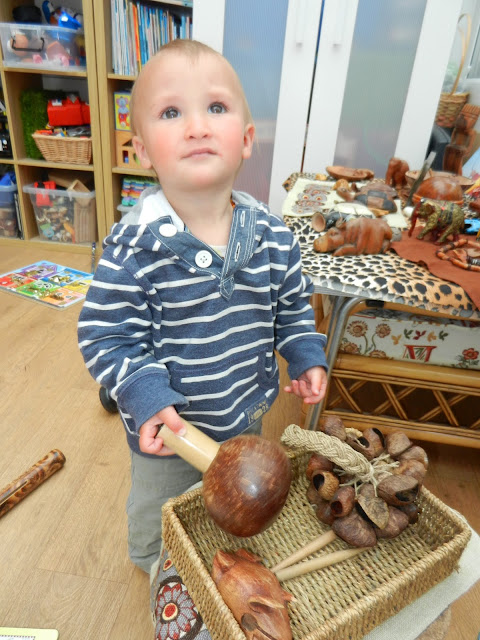 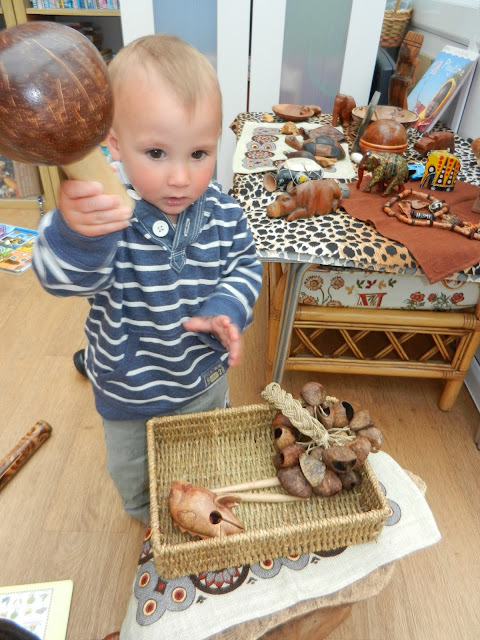 We enjoyed many readings of Handa’s surprise. Little “R” has even started to re tell the story using the book as a prompt. She read the story to little “J” and little “I”. 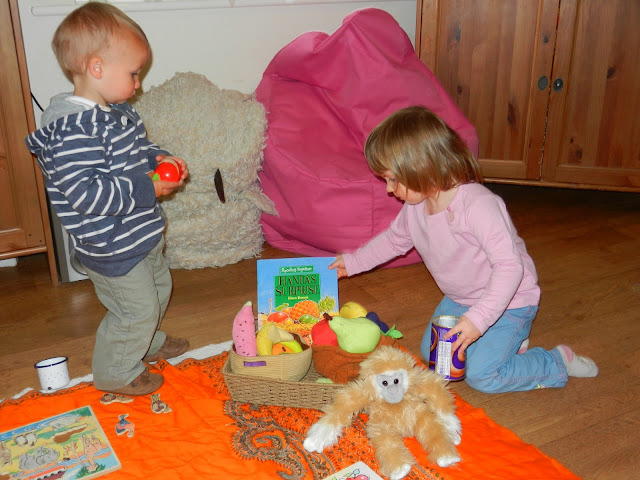 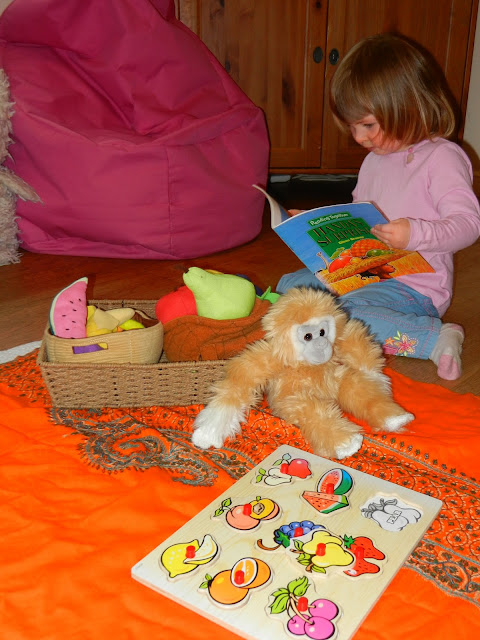 Little “I” had a great idea and used the fruit basket as another hat. She balanced pieces of fruit on top just like Handa did in her basket! I was very impressed wit her creativity! 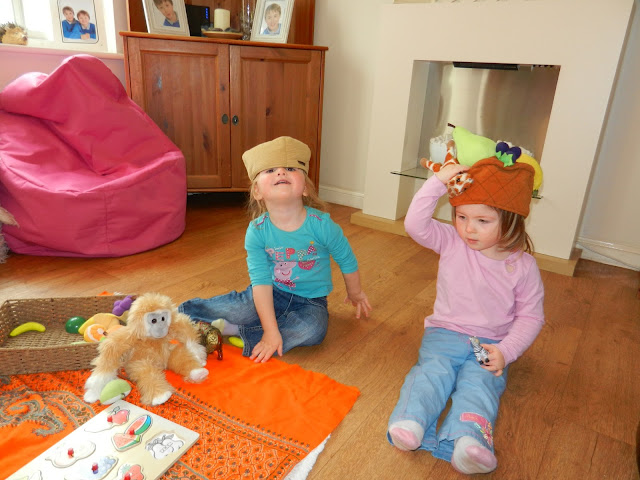 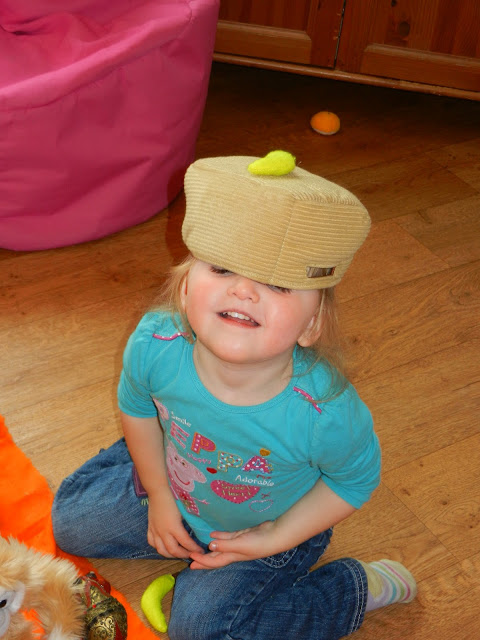 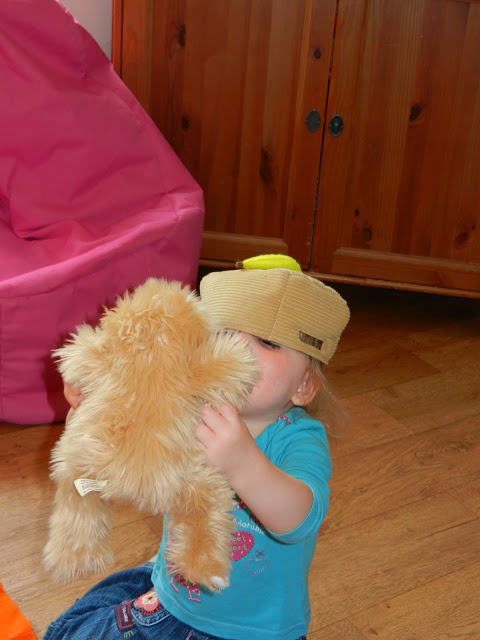 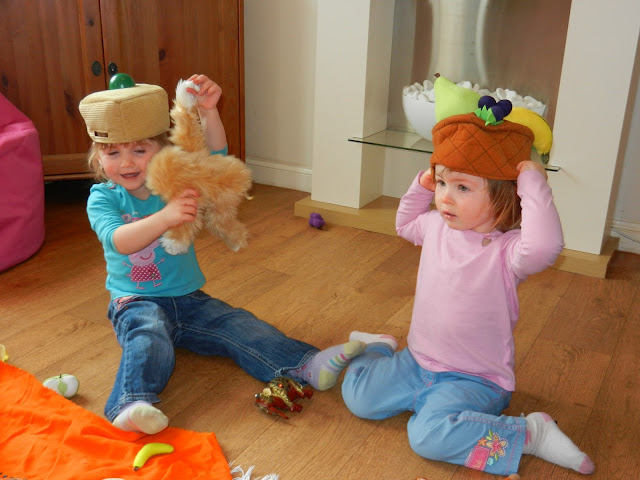 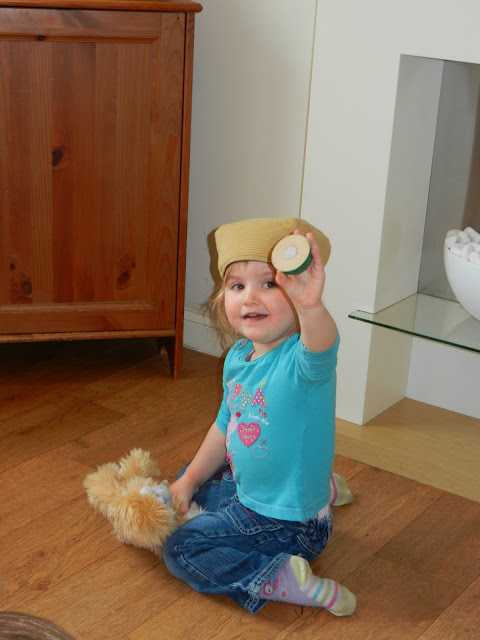 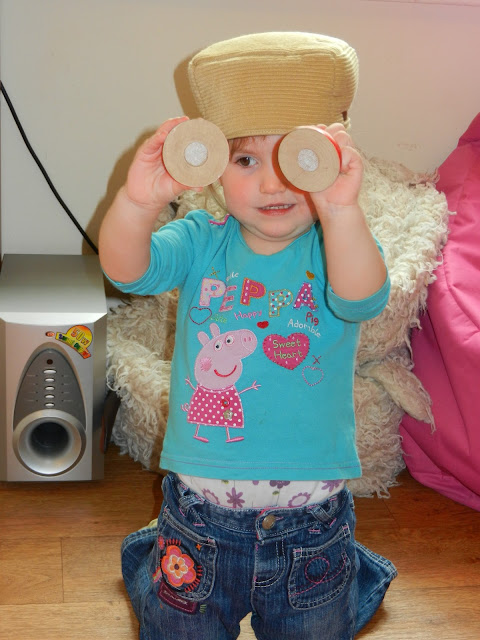 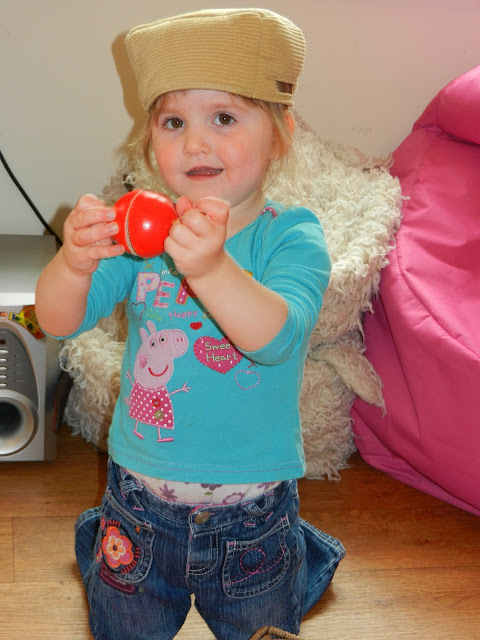 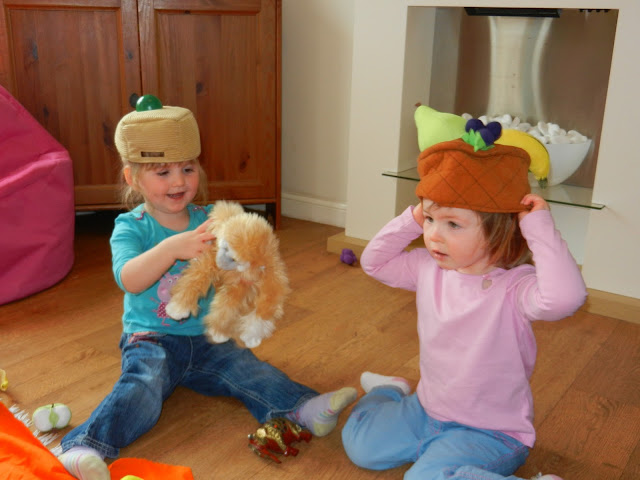 Little “R” was very engaged in the story sharing. Working with what she knew to share with her friends. Little “J” showed real engagement on his task while exploring the instruments. Showing that he was willing to have a go, making links with past knowledge and thinking about these new experiences. Little “I” showed real creative thinking today, choosing new ways to do things by making the fruit bowl in to a hat.

MAKING OUR OWN WOODEN TOYS