We have had a rather less busy and full on day today! We all decided we needed some down time after the party and Halloween fun this week. My boys stayed in the PJ’s all day, even when we drove to the Pet supplies warehouse to get some Rabbit and Chicken bits!

We started to look at Bonfire Night which will be celebrated on Monday. I told the children a rather simplified version of the story of Guy Fawkes. Kenzie was convinced that the Houses of parliament were actually blown up and that the fire spread across London. I think he might have been getting mixed up with the Great Fire of London.

I set up some black paper, gel pens and Firework stickers for the children to make pictures with. 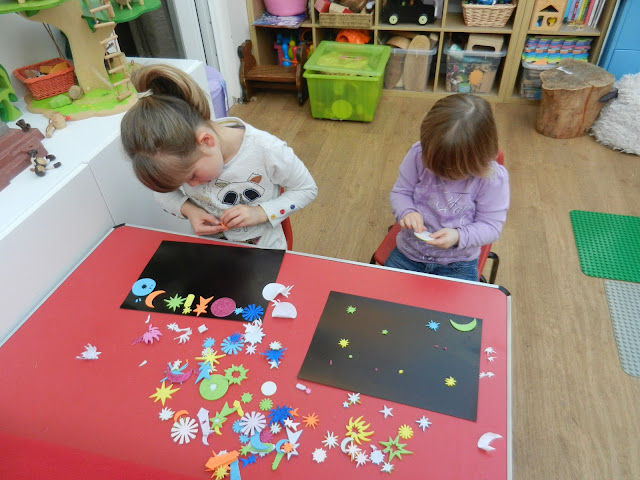 We made dens. Brendan and “F” made one in the living room with the sofa and cushions. Kenzie and “L” asked me to help build them a den in the playroom. 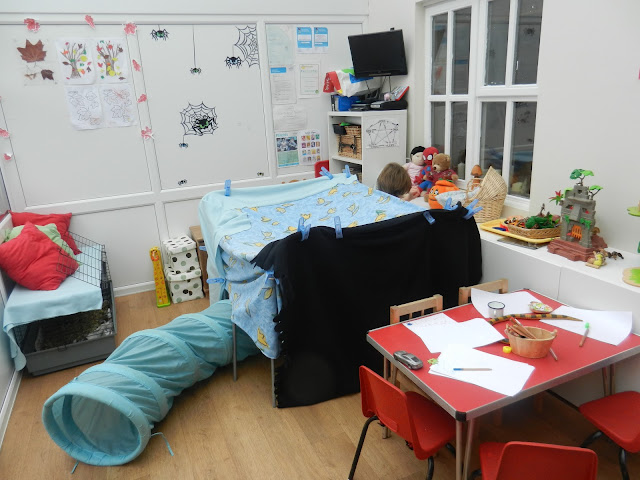 The boys found Nerf guns and turned the whole thing in to a gun fight! I am not a lover of guns or gun play and the Nerf guns heave been a compromise on my part, but my boys do love them. Thankfully they had lost the bullets so it’s all just noise making and role play! 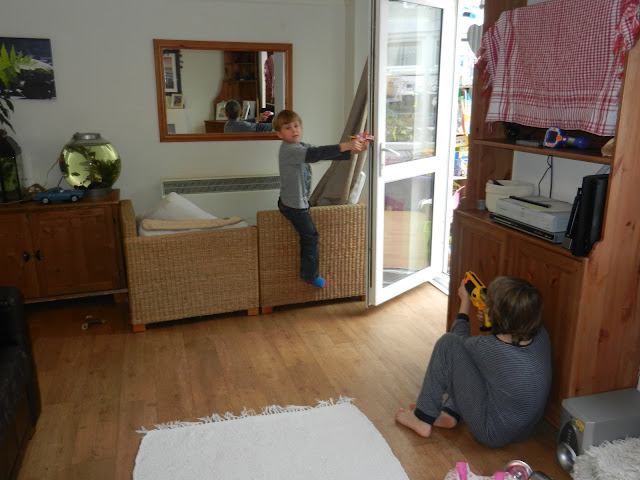 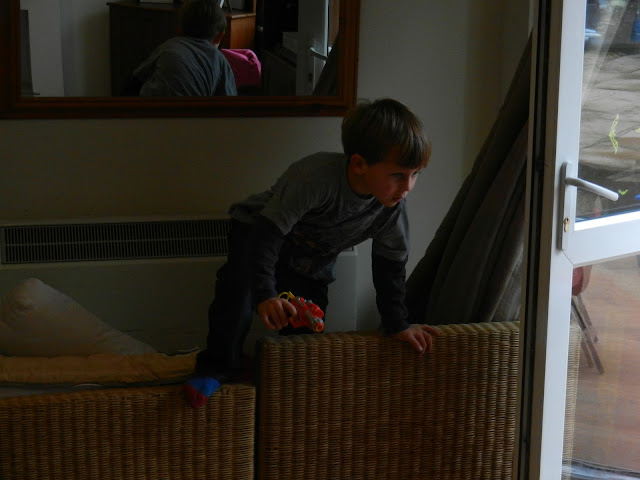 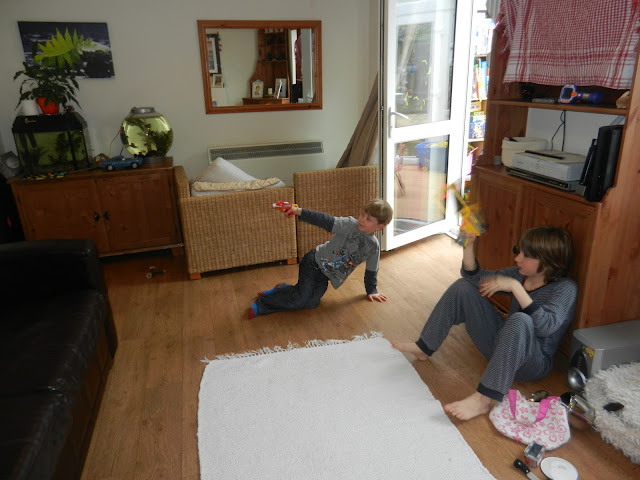 Later we had a spot of lunch and then watched Toy Story 3 while Little “R” had a nap. We also got out our Bonfire night scratch art. They all thought the wooden scratch stick was magic. How did the colour suddenly appear on the black? Did it make a difference if they pressed the stick harder? would it change the colour? It was so sweet to listen to them and watch them testing out their theories. Even after I told them how they really worked… the magic idea was far more interesting! 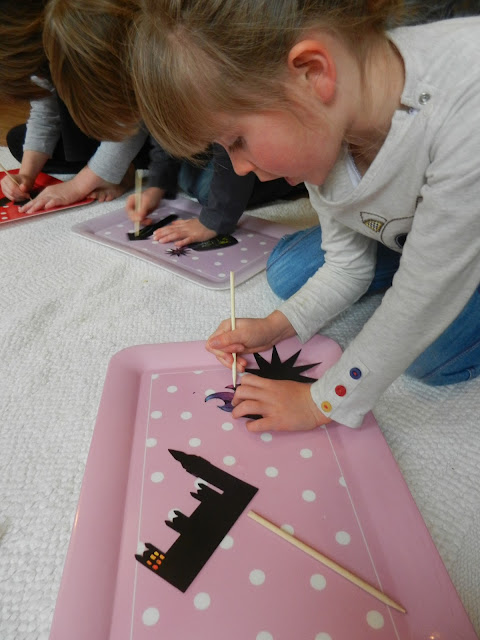 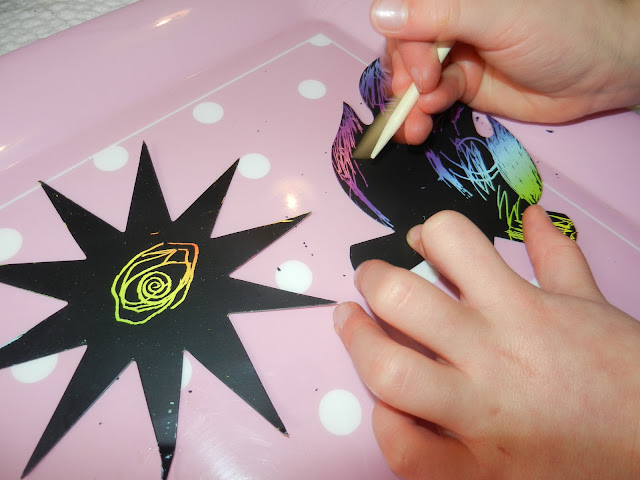 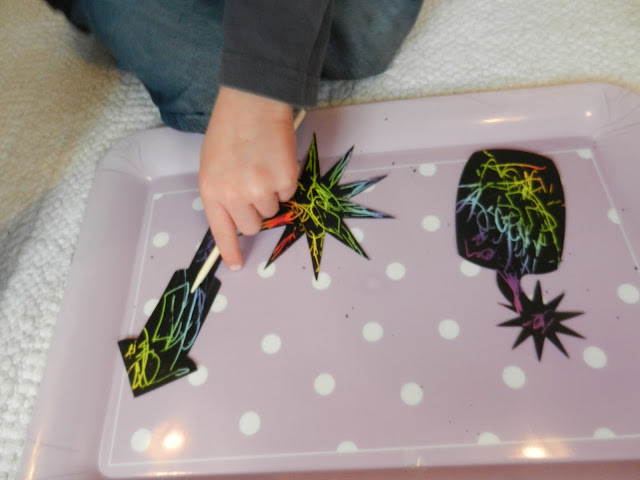 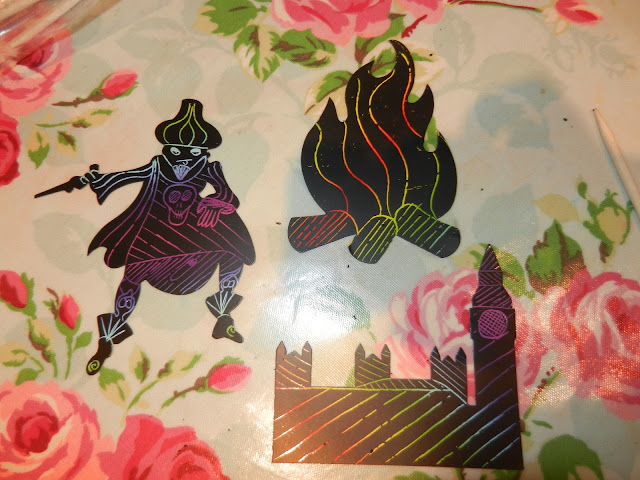 Kenzie did these, I only managed to get a picture of his as he was doing them. 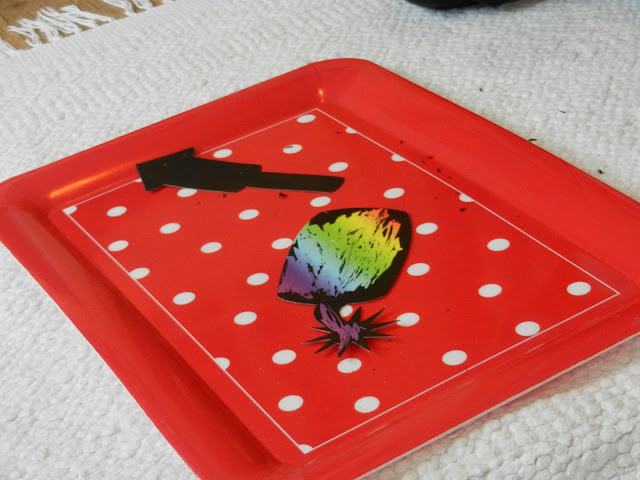 They children also enjoyed watching me change the chicken bedding and helped me to feed them in one of the few dry and sunny moments we had today!